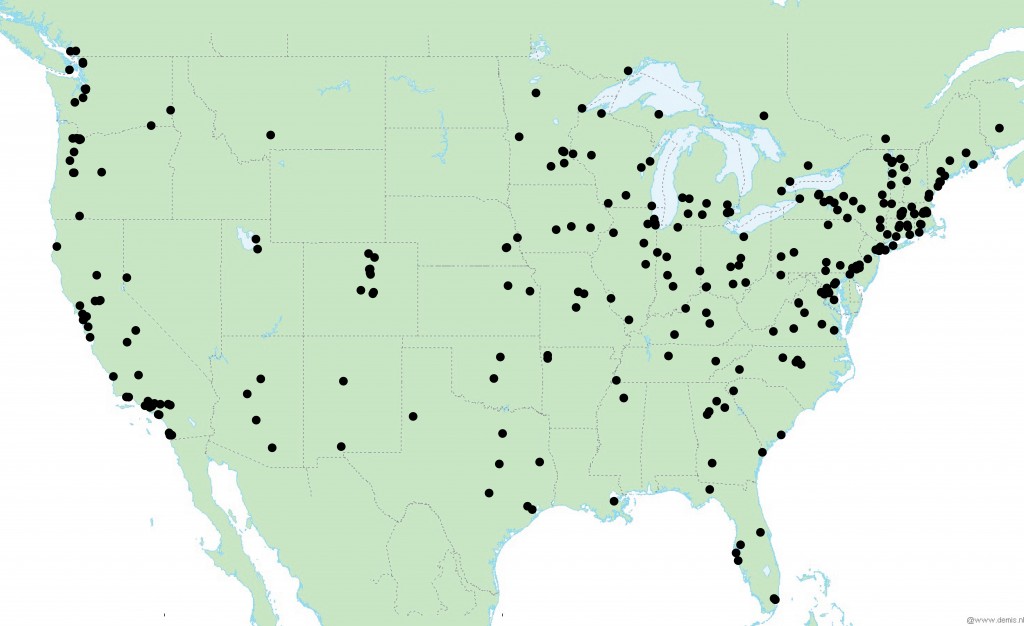 Fossil Free, a partner of the international organization 350.org, has college campus campaigns at locations pictured on the map. Fossil Free Macalester was recently recognized on Fossil Free’s Facebook page for passing the MCSG resolution.

Let’s start at the beginning.

Why invest in fossil fuel?

It’s lucrative. It provides good returns on our investments.

Recently, environmentally-minded groups like 350.org and its partner, Fossil Free, have adopted the strategy of divestment, which first rose to prominence when numerous states withdrew investments from South Africa to protest apartheid.

Exactly what is Macalester’s divestment campaign trying to accomplish?

MCSG just passed a resolution stating that Macalester, in association with the Social Responsibility Committee, should begin a process to consider divesting, or removing, the chunk of our endowment that’s invested in the fossil fuel industry.

The idea is that Mac’s values of sustainability and global stewardship should align with its institutional actions, and that can’t happen when we are financially contributing to the prosperity of the environmentally-negligent fossil fuel industry.

The benefits of divesting?

Macalester will establish itself as a social and environmental leader among colleges. The whereabouts of our endowment will become more transparent to the Mac community. Challenges? The opaque, outsourced nature of hedge funds makes it difficult to know exactly how much money is invested in fossil fuel and exactly where that money is located.

There is a common belief that divestment will diminish investment returns, thereby raising tuition or hurting financial aid. In fact, although it is not clear precisely how much of the endowment is invested in fossil fuel, likely it’s a very small portion of overall investments, and the effects will be negligible.

What actually happens once we divest?

Fossil Free Mac would support a careful examination of options by the investment office. We would need to consider the ramifications of divestment as well as more sustainable, ethical options for reinvestment. As of right now, divestment is a process, not a concrete plan.

So is it mostly symbolic?

Nope. The aggregate investments of all American schools would indeed have economic repercussions. It would also be a powerful statement against the irresponsible practices of the fossil fuel industry and in support of more comprehensive action to address climate change.

Is this the end-all-be-all?

Not at all. Institutional action would be a positive step, but other individual and group actions fit into the broad goals of the fossil divestment campaign.

These frequently-asked questions were provided to The Mac Weekly by Fossil Free Macalester.