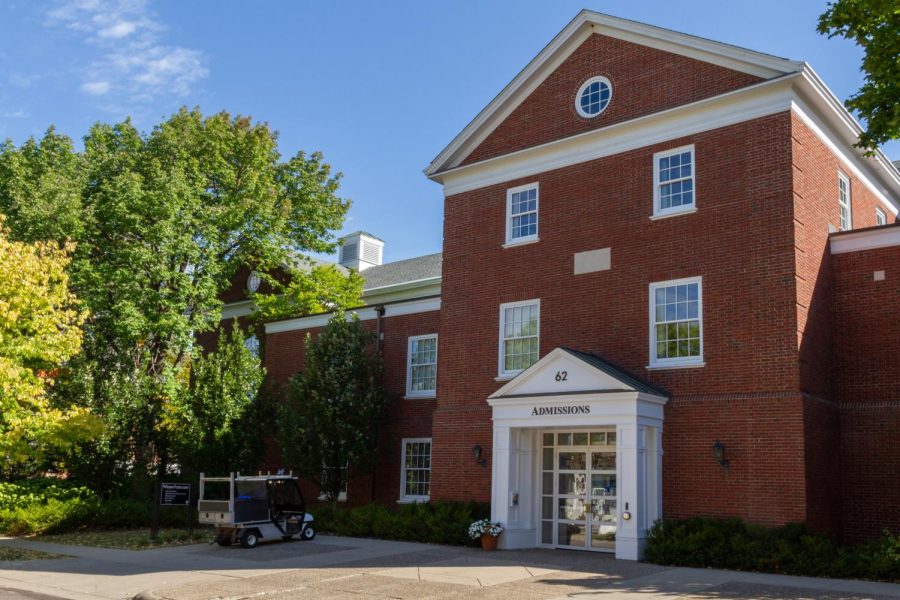 Although there were available positions for junior and senior class representatives, only First-Years filed for positions, with six running for five open seats.

As a class representative, Alec Chen ’26 hopes to make Macalester’s academic system more diverse and to eliminate financial barriers within the college’s academics.

“Our Macalester curriculum has remained largely stagnant for the last 25 years,” he said. “I’m here to make a difference. I’m going to facilitate the creation of more accelerated classes … and the removal of the financial penalty Macalester puts on us.”

Chen has also set his sights on improving Cafe Mac. He aims to strengthen the general quality of the food by increasing spending on ingredients, along with creating more vegan and vegetarian options.

Chen is also a firm supporter of Macalester’s strategic plan, which he anticipates will provide the funds to pay for a new residential building to accommodate an increasing student population.

According to Ilhaan Dhegadub ’26, many of her goals revolve around uplifting first-generation and low-income students. She shared that her inspiration comes from her work as a Bonner Scholar, as well as her desire to uplift marginalized students on campus across a variety of academic disciplines. She specifically plans on reducing monetary barriers to students, such as the cost of academic materials.

“By the end of the semester, you’re still forced to pay over $200 worth of textbooks,” Dhegadub explained. “And so one that we’re trying to do within student government is trying to see how we can change and better the textbook program at Macalester so low-income students don’t have to buy super expensive textbooks.”

In her interview with The Mac Weekly, Dhegadub shared her own experience with feeling uncertain of her place at Macalester and the advice she would give to students who feel similarly.

“What you’re experiencing is valid,” Dhegadub said. “Macalester did not make a mistake accepting you into the school. You deserve to be here, just like every other student at this campus.”

Despite the fact that Martin Bernsten ’26 did not formally participate in his high school’s student government, he held leadership positions in various clubs and athletics that will inform his work in SOC, the committee he chose to join. Bernsten’s interest in SOC was piqued during last week’s MCSG Retreat.

“Once I learned how many other things MCSG does, I think that got me really interested in thinking about my influence and how I can be a part of change here,” Bernsten reflected.

Bernsten views uplifting the voices of his fellow students as an integral part of being a first-year representative.

Willow Albano ’26 has a passion for student government, having served as a student representative, student council secretary and vice president in high school. They consider the facilitation of a student diversity leadership program to be their proudest achievement during these years, something that they hope to carry over to Macalester. Albano believes that the expansion of language options is one of the best ways to accomplish this.

“Mac requires you to be proficient in a second language before you graduate,” they said. “I feel like there are so many identities here that would really benefit from learning a language that they think personally relates to them.”

“I feel like what MCSG struggles with right now is transparency, in the way that some people don’t even know we have a student government,” they said. “I’ve had multiple people say that to me … The thing is that our student government does a lot — we sponsor events, we give funds to clubs … I hope that the community here will be able to see that by the time I leave.”

Much like other first-year representatives, Akshat Koirala ’26 aims to cultivate a more inclusive community in the first-year class. During the Sept. 8 candidates’ debate, Koirala stated “[his] mission will be your vision.” In order to understand the collective vision of the class of 2026, Koirala anticipates increasing student engagement in weekly MCSG meetings. Koirala’s plan includes more casual and conversational meetings in order to establish a direct line of communication with peers.

Overall, first-year representatives look forward to taking up their new roles and supporting their peers.

“I’ve already had a student approach me and it just felt very nice to feel like I was in a position to help that person,” Albano said. “I hope that I can do the same for others.”