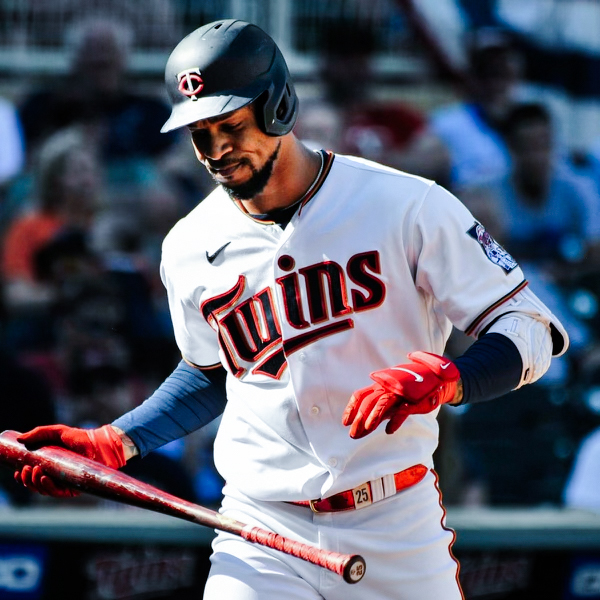 As the 2022 Baseball season comes to a close, the Minnesota Twins are nowhere near the playoffs. Their 73-76 record is currently 8 games behind the Cleveland Guardians, who will likely win the AL Central. This possible sub-.500 finish is far below the team’s high expectations from the beginning of the season.

After the MLB lockout ended in March, the Twins dove straight into the trade market to address a series of needs. They acquired Gio Urshela and Gary Sanchez in a trade with the New York Yankees, and in a surprise move managed to sign top free agent Carlos Correa to a historically expensive contract. The Twins also signed multiple starting pitchers to complement their young pitching staff: Chris Paddack, Chris Archer and Sonny Gray. Gray, a veteran with a relatively successful career, was a valuable addition to their rotation.

A core of Byron Buxton, Carlos Correa, Luis Arraez and Jorge Polanco had high expectations coming into the season, alongside their new additions in Sanchez and Urshela. Their rotation would look completely different than the year prior – a rotation once led by Kenta Maeda and former all-star Michael Pineda would now be staffed by Gray and rookie Joe Ryan. The Twins were banking on 25-year old Ryan, their #5 prospect, being able to excel towards the top of the rotation. Bailey Ober, in his sophomore year, Archer and veteran Dylan Bundy would fill out the rest of the rotation.

The AL Central, the Twins’ division, appeared to be up for grabs at the beginning of the year. The White Sox had an excellent rotation, while the Guardians had a strong core of young players poised to break out. The Twins, with their new acquisitions, were ready to compete. If the Twins could reach the 90 win mark for the first time since 2019, it seemed likely that they could win the division title over the competition.

By May 1, the Twins had fought to the top of the AL Central, led by Buxton, who was 3rd in Slugging % in the month of April. Despite not seeing significant contributions yet from their new offensive additions, the Twins were still comfortably winning games, thanks to their 3.16 team earned run average (ERA) in April.

In May, they continued to surge, establishing a 5-game lead over the Chicago White Sox and Cleveland Guardians. Ryan, wielding a 2.28 ERA, and Gray, who had a 1.65 ERA in May, powered the Twins to a 30-21 record through June 1.

As the weather began to heat up in Minnesota, so did the Twins bats – 5 hitters batted at least 40% better than the average MLB hitter in June. Correa found his rhythm, and was playing like the Twins were expecting him to. Jose Miranda batted .306 in June, which was a promising sign for the rookie. In mid July, he hit a crucial 3-run home run off of Josh Hader of the Brewers, who was unhittable at the time; this turned out to be one of the biggest highlights of the season.

Regardless of this offensive onslaught, the lack of depth in the Twins pitching began to show. Ryan began to show signs of weakness, and the Twins bullpen didn’t seem to be able to close out games. Despite the arrival of Jhoan Duran, a flamethrowing young pitcher, the Twins decided to put him in a short relief role, rather than one of more value, due to his lack of experience. Instead, Emilio Pagan, a recent acquisition from San Diego, would be the closer for the beginning of the season. He ended up blowing multiple save opportunities, which led to countless losses. Because of their pitching regression, the Twins would only go 13-15 in June.

Although the Twins were still at the top of the division, their situation continued to spiral downwards. Royce Lewis, the Twins #1 prospect, was called up to join the team after Correa got injured. He thrived, posting a .889 OPS in 11 games at shortstop, before he was forced to move to center field to replace an injured Buxton. Then, on May 29, he tore his ACL for his 2nd time, resulting in team doctors ruling him out for the rest of the season. During this swoon, the Twins could have used a player like Lewis, who demonstrated his ability to play at the highest level.

As the Twins came down the stretch in July, their weaknesses became more apparent. The pitching needed help, after getting stuck with a 5.30 ERA for July. Their main rotation pieces were hurt and their bullpen was getting shelled each night. When the trade deadline rolled around at the beginning of August, the Twins took action and bought 3 key pitchers: Jorge Lopez, Michael Fulmer and Tyler Mahle. Lopez, who was traded from the Orioles, would now act as the closer, a role yet to be convincingly filled. Mahle, a starting pitcher, was essential to reinforce the struggling Twins rotation.

The additions had an immediate effect on the Twins pitching, but proved to come too late. The Twins had multiple opportunities to run away with the division, but they could not capitalize. As August rolled around, the Guardians and White Sox began playing more competitively and the Twins could not keep up. The offense was plagued by injury and could not find a way to win games. On Aug. 6, according to FanGraphs, the Twins had a 48.1% chance of winning the division; by Aug. 24, their likelihood to win the division sat at only 14.6%. Now, they have less than a 1% chance to make the playoffs.

The Twins have played poor baseball all year long, and have not looked like a playoff team. They haven’t been able to capitalize in key situations, they have exhibited poor defense and baserunning, and haven’t been able to avoid injury. In mid-September, the Twins began a five game rivalry series with the Guardians, in which they could have regained significant ground, had they won four or five. They only won a singular game.

Looking ahead, there is a decent chance that the Twins can be competitive next year, now that some prospects will have time to grow and develop. Carlos Correa is signed to a three year deal, but he is allowed to opt out whenever he wants. If he decides to opt out, the Twins would likely explore other options at shortstop, such as Xander Bogaerts or Trea Turner, both of whom are free agents after this year. It has also become clear that the Twins will need to invest in more bullpen help, and possibly an additional impact bat if payroll capacity allows it.

For now, the playoffs are coming quickly. The Seattle Mariners are almost guaranteed to return to the playoffs for the first time in over 20 years, after they came inches short last year. The Mets, led by Jacob deGrom, and the Braves, led by Austin Riley, are locked in a battle for the NL East division title, and by extension, a first round bye. The Braves are currently 1 game back from the Mets, who have been in first place for almost the entire season. The Dodgers have 103 wins, and if they reach their projected 111 wins, they will finish with the 3rd most wins in a single season since expansion. Hopefully, the Twins will be part of this exciting conversation in 2023.