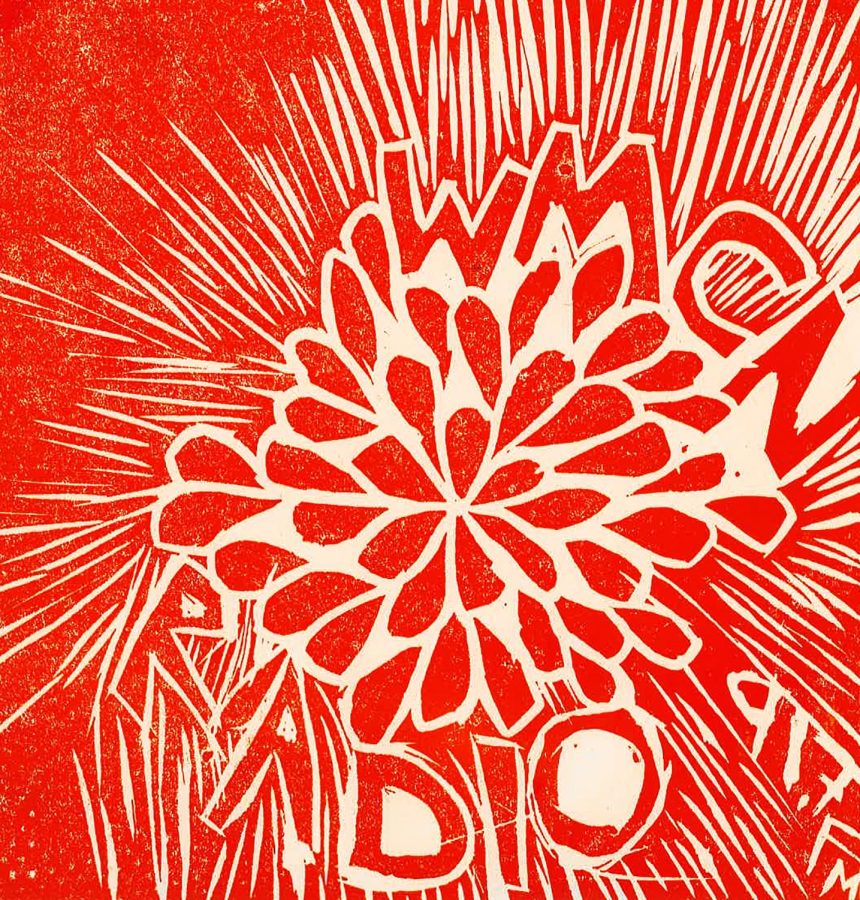 Macalester’s on-campus radio station, WMCN, welcomed three new and eager managers this fall. Over the years, WMCN has been a place for students to express their creativity on air and to gather and meet with students with similar interests. At the beginning of  the COVID-19 pandemic, the station effectively shut down for a year, not allowing students to DJ or host community events in-person. Student radio shows returned in the fall of 2021.

WMCN’s three new co-managers, Sarah Gregor ’23, Ozzy Osborne ’24 and Zoë Chinander-McFaul ’24, have been discussing their goals and the new directions they hope to take the station this school year. One of the biggest goals they have for the radio is that the station will become a community space for students to gather and make friends.

Osborne expressed the sense of inaccessibility they felt last year towards the station.

“It just felt very much like I was almost encroaching on something that wasn’t mine,” Osborne said. “[The past managers] all very clearly knew each other for a long time. It was really hard to get to know them. It felt like I was trying to knock at a door that was never going to open. And it was really, really hard to insert myself into a place that I was excited to be a part of.”

Osborne also made clear they are aware of the reputation WMCN has for being a radio station for only edgy, alternative music and no other types of radio shows, and this is something they and the other managers would like to change.

“Anytime I talked to someone who wasn’t [involved in] radio, they were like, ‘Oh, they just seem so scary. It seems so intimidating to join that because I don’t have a good enough music taste’ or … ‘I like to listen to fun things that don’t mean anything,’” Osborne said. “And that’s what WMCN doesn’t need to be about. WMCN can be whatever we want it to be because it’s the only free form independent station from Mac that exists on this campus.”

Chinander-McFaul also wants to make an effort to encourage music of all kinds.

“We do want to diversify the music of our shows, because … it’s been very indie and alternative, which makes sense, it’s a very popular genre [at Macalester], but we want to expand it beyond just those genres because that’s not everyone’s music taste,” Chinander-McFaul said. “And we want WMCN to be a station … for the Macalester community … and beyond.”

Gregor, in addition to being a manager, is also the DJ of the radio show “Tarot Tuesdays” that runs every Tuesday at 8p.m.

The managers are excited about some of the events and projects they have planned for this school year.

“Right now we’re in the works of planning some house shows … so stay tuned for those,” Chinander-McFaul said. “I am really interested in having events like movie screenings, or stuff like that. I think that’ll be super fun. Just because this studio is like a really fun space to be in …It’s got this vibe to it that’s just really fun.”

In the spring 2022 semester, WMCN hosted the “Big Gig” in the basement of the library, a concert featuring Macalester student bands. The co-managers agree that they want to continue it this year.

“Last year’s [Big Gig] was a success,” Chinander-McFaul said. “This year will be even better.”

The 24-hour broadcast will also return in the spring semester  along with some creative projects, like zines about music and culture, that they hope to get off the ground this fall.

The co-managers also expressed the need for fresh voices on the radio. When asked what they would say to first-years who might be interested in the radio, they emphasized that being on the radio is not as scary as it sounds.

“I would say go for it, there’s no fear,” Osborne said. “You will figure out your sound as you go … [College radio is] low stakes, and it’s high reward.”

“Come as you are and create what you want,” Gregor said.

You can tune into WMCN on the radio at 91.7FM or on their website wmcn.fm. Also be sure to check out their Instagram page @wmcn.radio for events and show schedules.

If you missed the DJ applications for the fall semester, the managers said students can email them at [email protected] to ask about open slots for shows. Keep an eye out for DJ applications next semester as well.