Students meet with staff and Champions to discuss Strategic Plan 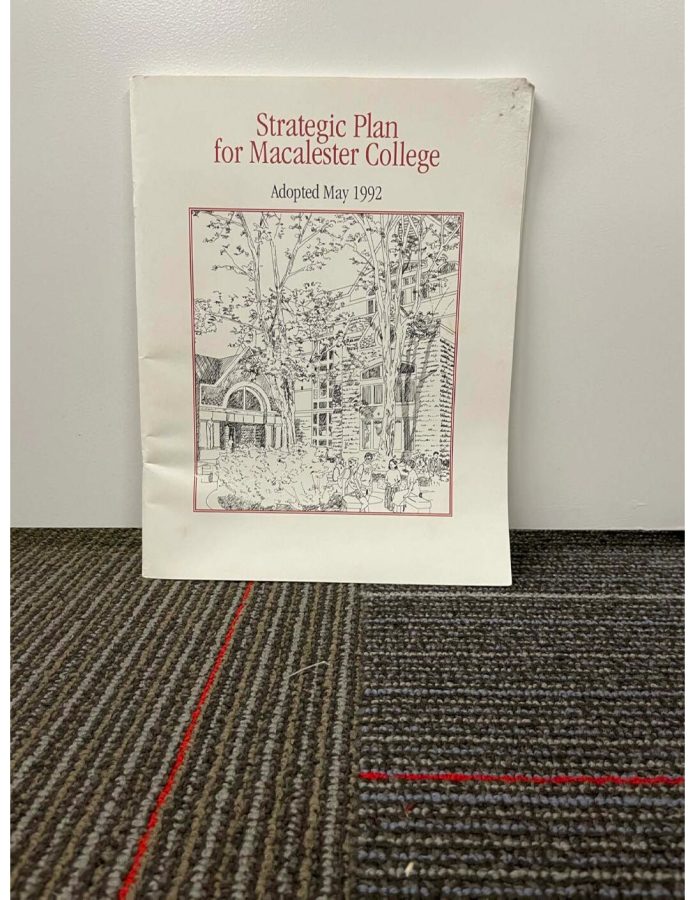 After classes ended on Wednesday, Aug. 31, students met with staff and Strategic Planning Champions in the Kagin Ballroom to discuss the first draft of Macalester’s Strategic Plan. This session was held in conjunction with sessions last week for staff, faculty, alumni and current parents, aimed at hearing feedback about the plan before President Suzanne Rivera presents it to the Macalester College Board of Trustees next month.

The draft of the plan, according to Executive Vice President and Provost Lisa Anderson-Levy, is the culmination of 2,500 individual survey responses collected from students, staff, faculty and alumni over the last year. Last fall, the college recruited an ensemble of 23 Strategic Planning Champions from across the Macalester community, who gathered input, identified themes and related what community members wanted to see in Macalester’s next strategic plan to senior leadership in a draft the end of last year.  Macalester has not updated its strategic plan, the underlying principles that guide the college, since 2015.

Over the course of an hour and a half, Associate Vice President and Dean of Students Kathryn Kay Coquemont, Anderson-Levy and three Strategic Planning Champions fielded questions from around a dozen students. Topics varied from sustainability to curricular changes to compensation. Coquemont and Anderson-Levy facilitated the conversation by asking attendees, in their opinion, what about the draft was “exciting, missing, or unclear.” They also noted that while the plan was light on details, this was intentional; the plan was to be an “aspirational document” and not an “implementational roadmap,” as an email released to the Macalester community from the President’s Office on Aug. 23 noted.

Much of the conversation centered around students’ calls for accountability in the strategic planning process and wanting to produce positive results. Coquemont and Anderson-Levy agreed with students and their proposals and urged students to hold the implementation phase of the process accountable. However, they admitted that due to the aspirational nature of the draft, specific answers to more granular queries were nearly impossible to give.

Students were particularly curious about the sections of the draft dedicated to “creat[ing] a developmental four year experience”, “updat[ing] and innovat[ing] academic pathways” and what that could potentially look like post-implementation. Coquemont responded to the first set of queries by saying she was hoping for more integration between departments to create a more cohesive experience for all four years of their college journey. Anderson-Levy, in response to questions about academic pathways, explained that this could potentially mean giving students more options for completing school than just the usual majors, minors and concentrations.

Students and panelists also discussed how the college should best implement a plan for increased accessibility for those with various disabilities. While unable to provide specifics, Coquemont stressed that the college is aiming to be a “universal access community,” where students can find affordable housing if they need and those with disabilities find their needs better integrated into campus priorities.

However, problems identified by students in previous years, especially regarding student-faculty relations, were not addressed by the draft and likewise will not be addressed by the implementation process. The same applies to Macalester’s 20 year-old curricular structure. Students also expressed concerns that issues surrounding campus sustainability, while present in the document, did not seem to be a major focus of the plan. Anderson-Levy assured those concerned that if something was present in the document, it was a priority. Coquemont also mentioned that the college will be hosting more educational events for students on college structure, including the function of the Board of Trustees, as the implementation process continues.

After President Rivera presents the draft to the Board of Trustees next month, the implementation process will begin. Community members will receive emails inviting them to join working groups that will be formed to actually implement different sections of the plan.

At the very end of the session, a student asked the presenters how they could get involved in the implementation process and hold it accountable, as well as comment on the draft itself. Anderson-Levy pointed towards the plan’s email, where students, faculty, staff, alumni and community members alike can leave their opinions and feedback. Students are encouraged to reach out to [email protected].