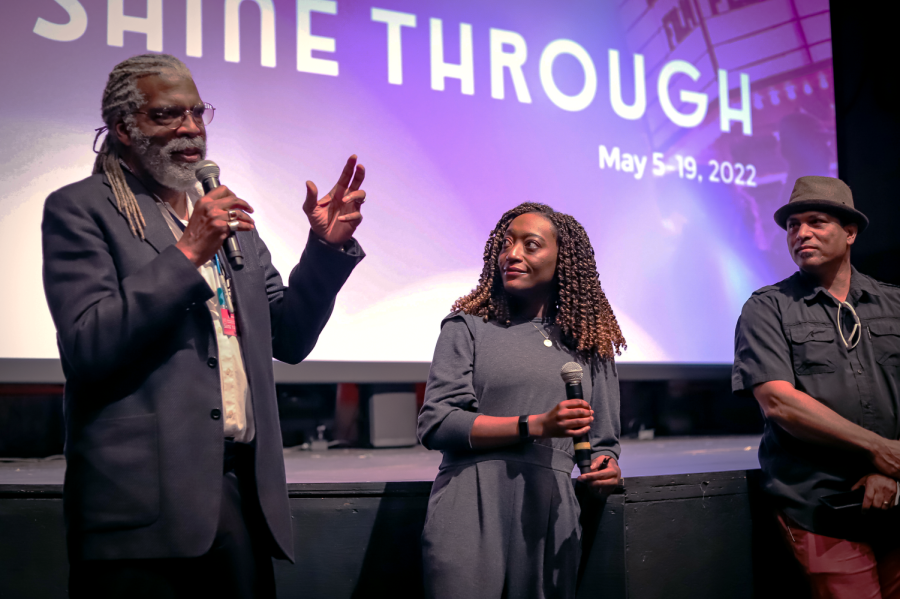 Photo by Becca Mayo for the MSP film society.

Earlier this summer, from May 5-19, the MSP Film Society hosted its 41st annual Minneapolis St. Paul Film Festival, (MSPIFF). The primary location of the festival was at the newly renovated Main Theater, located in St. Anthony Main. Although this theater has been the festival venue for many years, this year’s festival was also the grand opening of the theater under the management of the MSP Film Society.

MSPIFF has been providing a space for people in or visiting the Twin Cities to enjoy films of all genres since 1981, but this May was the first fully in-person festival experience since the start of the COVID-19 pandemic. Previously, the film society offered opportunities virtually and some outside screenings. This year, MSPIFF still offered certain films virtually for those uncomfortable visiting in-person; otherwise, the festival ran similarly to how it did pre-pandemic.

Tanner Deml, Ticketing & Membership Manager at the MSP Film Society, was initially nervous there would be a smaller turnout post-pandemic. For the most part, however, he was pleasantly surprised.

“The biggest concern was people actually showing up for an in-person festival after Covid,” Deml said. “It ended up going very well.”

This year’s film festival featured a mix of some lesser known and larger films. The festival opened with “The Phantom of the Open,” a British comedy-drama directed by Craig Roberts. It is based on a true story about Maurice Flitcroft, a working-class man who somehow gained entry to the 1976 British Open without having ever played golf. The witty and heartwarming story was a huge hit at the festival, with full attendance at the screenings and an opening night party afterwards.

Other popular films include “Marcel the Shell with Shoes On,” an A24 film that had an early showing at the film festival. The endearing film based off the viral YouTube video from 2010 sold out, drawing old and new fans of the beloved shell. The film was also picked up by the Main Theater during its wide release in late June, where fans who missed the first screening during the festival could come and enjoy.

“Cha Cha Real Smooth” was another film with an early release showing, with up and coming producer, director, writer and main actor Cooper Raiff. Raiff hooked audiences with a touching comedy drama about a young college graduate who develops a close yet complicated relationship with a mother and her autistic daughter. The New York Post even called “Cha Cha Real Smooth.” “the year’s best comedy”. The film also featured Dakota Johnson, who produced the film alongside Raiff. Similarly to “Marcel the Shell with Shoes On,” the film was picked up by the Main theater during its wide release.

Some notable international films include “Happening” (“L’Événement”), a French film directed by Audrey Diwan. “Happening,” an adaption of the novel by Annie Ernaux, follows a young girl’s journey with abortion in France in the 1960s, when abortion was still illegal. “Happening” has picked up a significant amount of attention since its release in 2021 at the Venice Film Festival. Although disturbing for some audiences, “Happening” is an authentic and necessary portrayal of the societal fight against women’s bodies, and in the wake of the overturning of Roe v. Wade, still relevant.

The Twin Cities community especially appreciated “The Grave Digger’s Wife.” Director Khadar Ayderus Ahmed, a Somali native, explores love and human endurance in this drama, featuring beautiful scenery from the city of Djibouti along the horn of Africa. The film was chosen as the Somali entry for the Best International Feature Film at the 94th Academy Awards, which was especially significant as it was the first time that Somalia had submitted an entry. With Minnesota having the largest Somali-American population in the United States, the film provided some much-needed representation in theaters. It became a community event, drawing the Somali-American community into the collective film viewing experience.

Another great aspect of the film festival was its atmosphere. People from all over were able to bond over a common interest and love for film. The enthusiastic audiences in the theaters made the movies a community experience, and the presence of many of the films’ directors and contributors only added to this. There were even Q&As with many local directors. The commotion of everything made the theater feel lively and exciting.

The film festival’s success was a great transition towards the opening of the theater overall. The Main Theater has fully opened as a functioning theater, providing a mix of smaller independent films as well as larger blockbuster ones. Many of the films featured in the festival have been brought back for more showings after their success, allowing fans to see what they missed, or see them again. Recent Macalester alum Anjali Moore ’22 is currently a Box Office and Concessions Lead at the Main Theater, and spoke on the excitement surrounding the opening of the newly renovated theater.

“It’s nice to have small arthouse and foreign films and also some of the bigger ones because then you get a way bigger mix of customers and people you might meet when you go see a movie,” Moore said.

Although MSPIFF is the largest film festival this film society holds, there are other film festival opportunities to come. The Iranian and French film festivals were recently held in the main theater, and from Oct. 13-20. 2022, Cine Latino will be featuring Latin American and Ibero Cinema. There are student discounts available for both these events and in-theater films, so students are encouraged to take advantage of these. To check out more available films and upcoming events, go to https://mspfilm.org/.