The future of student governance: moving forward with admin 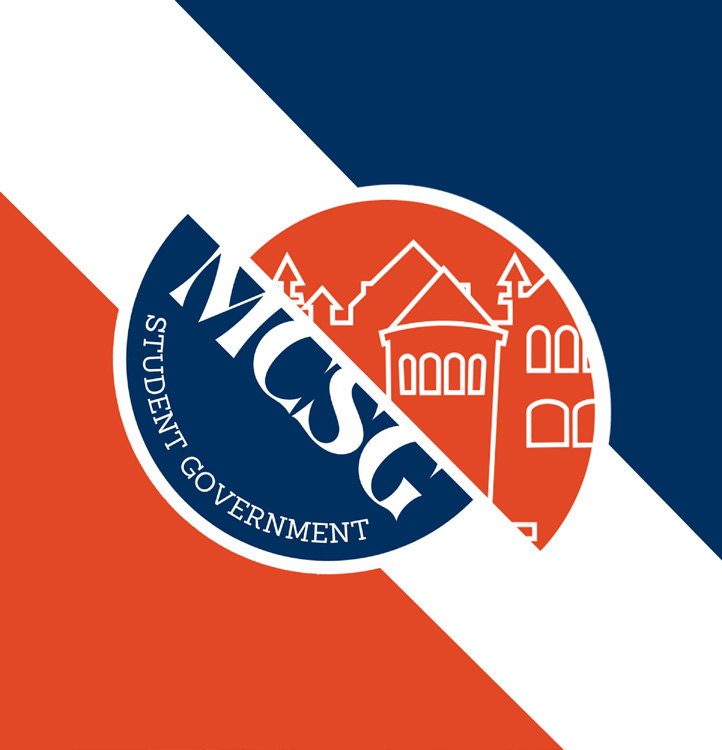 My freshman year marked a turn in the college’s 146 year old history with the hiring of President Suzanne Rivera. A change of administration, from President Brian Rosenberg’s 17 years of service, to the first woman as this institution’s President, meant the end of underrepresentation. As the graduation of the Class of 2022 approaches, they take with them testimonies of a previous administration.

Throughout this series, I have explored the symbiotic relationship between Macalester College Student Government (MCSG) and the student body, presenting conversations around accountability, introspection and partnership. Extending that to the highest part of this institution, the “administration,” is necessary to fully understand the power that student governance has to open up such conversations. This institution’s administrative body is composed of a number of people that work publicly and behind the scenes. Whether or not we may be able to identify them individually, their presence and power is never forgotten.

The disabling power of compliance and silence culture, extremely pervasive in institutions of higher education, is slowly but surely diminishing because of student governance and coalition-building. The underbelly of this institution is aching with the pain and trauma of countless students. President Rosenberg’s time at this college hardened patterns of neglect that are beginning to crack under this new administration.

With the hiring of new administrators including Provost Lisa-Anderson Levy, and Dean of Students Kathryn Kay Coquemont, there are members of senior leadership who are not attached to the previous administration. Acknowledging institutional neglect experienced comes hand in hand with reform. As we reorient ourselves with MCSG, the weight of our reform heavies, and the way we place ourselves within the administration becomes equally as important. MCSG is the bridge that the student body must cross to get to Weyerhaeuser. But just as we must examine our relationship with MCSG, so must we examine the relationship between “the administration” and MCSG and the student body.

Alongside Lisa Anderson-Levy and her position, we can implement institutional accountability as a long-term investment in the future of this institution.

Community Engagement Officer Ayana Smith-Kooiman ‘22 mentions that “the accessibility of [Anderson-Levy] has been extremely amazing, our previous provost, you would email her, and she would ghost you, I think the new group of people , with the communication and connections, I see it happening and I have high hopes that that group is going to be good as long as Macalester doesn’t run them out cause they’re all POC.”

The increased visibility and accessibility of Anderson-Levy has been instrumental in creating spheres of conversation. Smith-Kooiman mentions that the Provost has helped “in the implementation of subsidized access to masks at cost, discussions around student involvement within faculty meetings, questioning of the abuse of power by tenured professors unto students.” With the nine months that Anderson-Levy has been at Macalester, glimmers of a future of collaboration seem attainable.

However, the deep scars of this college cannot fade overnight. Haunted by the ghosts of administrative past, the work that Provost Anderson-Levy has accomplished in the short nine months is overshadowed by the white (non)male stagnation of the past.

Provost Anderson-Levy states that “What I’m learning about this community is that it’s a low-trust community. I don’t think that because the work is hard, the relationship has to be combative.”

Mistrust, on all institutional levels, has been fostered by the administration. We see it time and time again through student protests. Students have to put their time and reputations on the line to make the administration’s ears perk up. If administrators are absent in delivering answers to the student body and government, how can students cooperate with them?

When asked about the collaboration between student and academic affairs Provost Anderson-Levy replied that “I work with a team of seven people — three from student affairs, three from academic affairs and me. The college has not had an integrated team of this sort at this level making decisions that pay attention to the whole student experience before. Changing the structure of the college so that the two units that work most with students communicate and collaborate more effectively is a huge commitment by the college and is not common.”

Looking unto the provost’s work sheds light on the immense amount of work that has to be done across the administration, especially those that carry the weight of the previous administration.

“You may not like my answers, you may disagree fundamentally with my philosophy or my views, but as members of the same community, we can have that conversation and disagreement,” says Associate Dean of Students and previous advisor to MCSG Andrew Wells.  If you and I don’t have that kind of relationship and we come into a conversation and have a disagreement because you didn’t know what my values are or what drives me, it can be really easy to see me as a one dimensional roadblock.”

Having productive conversations requires acceptance of and accountability for students’ experiences. The administration must acknowledge their role in creating the stories that students share. Student governance is not just presented bureaucratically, but through emotion and stories that then amplify bureaucratic power. The demand for change has shaken the archaic structure of this college, but seen as challenging or inappropriate through the administration’s hierarchical perspective.

As we acknowledge the ongoing obstacles that are placed in front of us, we mustn’t lose sight of the new opportunity of collaboration that we can foster with this new administration. Within MCSG, there are advisory positions held by administrative members. As of last year, Wells was the advisor to MCSG. Present through shifts of student and administrative governing bodies, Wells’s position guarantees the creation of proper modes of understanding between the administration and MCSG, from the place of the latter. Previous collaboration had resulted in what President Shreya Nagdev ’22 describes as an environment where “former members were not given the applause that they deserved, and were rather cut down by former advisors.”

When I asked Wells about how he may foster relationships with students in a non-transactional way, he responded that “it may be that I need to do more of that, maybe there’s a disconnect between with how I think student’s see me and how students see me, but I have not been under the impression that students want to hang out with me or want to be in connection with me outside of when I have some sort of institutional capacity to provide support.”

If the relationship created by administrators can only exist within an institutional capacity, a relationship outside of that capacity will never be created and can not be actively reformed to a productive partnership. There can never be a shift from the one dimensional biases that exist because students have been institutionally neglected.

It becomes the work of MCSG to ensure the connection between students and administrators is not severed. Nagdev mentioned working to repair the relationship with senior leadership after numerous students made requeststo the administration following the murder of Daunte Wright.

“Last year there were a lot of tough conversations between MCSG and administrative figures; unfortunately it created a rift due to the way both sides spoke to each other,” Nagdev said. “I think fault lands on both sides, but I do want to acknowledge that students were speaking from raw emotions and personal experiences, which obviously changes how we enter a space. Because of the tension, for me this year has been about building relationships that can withstand turmoil and difficult conversations. Now, I would say that the MCSG and administration are able to disagree quite a bit, but there is now a base relationship which has allowed us all to move forward with respect and continue work towards our common goal of helping students.”

Our willingness to work with administrators like the Provost must be detached from the people that held the position before Anderson-Levy. While we hold the institution accountable, the opportunity to work with new administrators enables the creation of a relationship that can strengthen our place within the administration.

This is not the case for other members of the administration that have spent many of their years in this institution, perpetuating the silencing that came from President Rosenberg’s administration. With the standards of accountability students and MCSG members have held the administration to, they must recognize our advocacy by properly acknowledging their part in upholding a hierarchical system.

There is no denying the large conversations around accountability that are being handled on all levels of this college. Throughout this series, I chose not to provide a list of solutions (if done so very sparingly), so as to not add to the extreme noise that overpowers this college’s ability to sit with the silence of its actions. Before we dive into this new chapter of Macalester’s history, we must critically engage in introspection to properly embrace and amplify the change of the distant future.