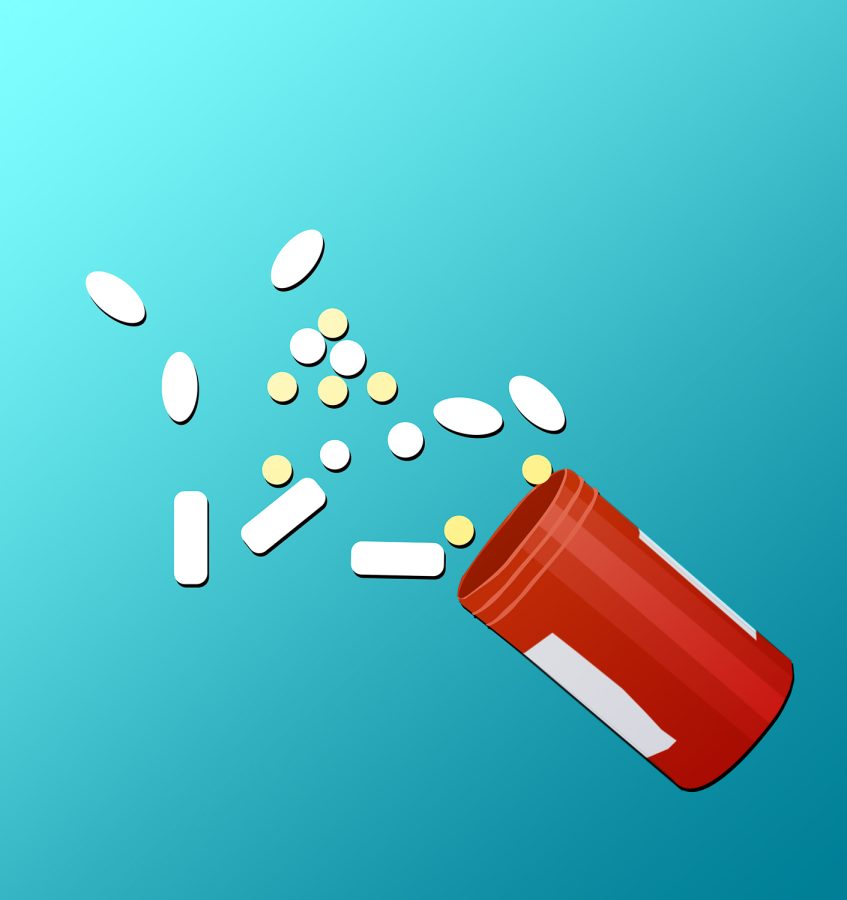 Mankind has come a long way since the bubonic plague. In medieval ages, the most popular cures included religious amulets and charms or bloodletting. Nowadays, we can cure bubonic plague (caused by the bacterium Yersinia pestis), or other bacterial and fungal infections with an antibiotic from the pharmacy.

Antibiotics have saved millions of lives, but they  lose effectiveness over time. Microbes can evolve immunity to antibiotics through natural selection. To win the biological arms race against pathogens, humans must either change the way we use antibiotics or come up with alternative cures.

Robert Shields-Cutler, assistant professor of microbiology and genetics, said that antibiotics work in one of two ways. They can either kill the bacteria (bactericidal) or prevent its spread (bacteriostatic). In every infection, there are millions and millions of bacteria involved. As people take antibiotics, most of the bacteria die off, but some may adapt to resist the medicine.

“If there are even a small number of bacteria in that population that have mutated and can escape that antibiotic, selective pressure will allow those [immune] bacteria to grow,” Shields-Cutler said.

This causes a problem where over time, and over large populations, bacteria may develop resistance to antibiotics.

According to Elena Tonc, a visiting assistant professor of immunology and cell biology, antibiotic resistance may occur in the wild as natural bacteria and fungi, which can evolve to produce antibiotics, compete for the same space. Humans speed up this natural selection process by misusing antibiotics.

“When penicillin first came out for civilian distribution, people were using it for all kinds of things. They had penicillin lipstick, products for baldness, all kinds of silly things. There was no regulation of it at that time,” Barrett said.

“Within a few years, we began seeing patients with staph infections that were resistant to penicillin. Within five to fifteen years of finding a new antibiotic, we find that there’s resistance to it and we move on to a new one,” Barrett said.

There are multiple types of antibiotics that attack microbes in different ways. If a bacteria becomes immune to one type of antibiotic, doctors may prescribe a different one to treat a patient’s infection. The problem is that doctors have a limited stock of different antibiotics.

“When resistance to an antibiotic is widespread, essentially that antibiotic becomes useless,” Shields-Cutler said. “A handful of antibiotics may be similar to one another, so resistance to one often means resistance to multiple. As bacteria develop resistance to those, we have fewer and fewer options to treat a given infection.”

Tonc warned that resistance can jump between species, so when normal, non-pathogenic gut bacteria develop resistance to antibiotics, they may pass these characteristics on to dangerous pathogens.

“Bacteria are very good at something called a gene transfer process,” Tonc said. “They can take in genes from other organisms in their environment.”

Bacteria may pick up genes until they are resistant to two or more different classes of antibiotics. Scientists call these multi-drug resistant bacteria.

Scientists are scouring extreme environments, including soil, receding glaciers and deep inside caves, for new antibiotics that bacteria haven’t developed resistance to. This search has been a long and difficult one. According to Doctors Without Borders, only one new class of antibiotics has been developed over the last 30 years.

“Microbes can acquire resistance through natural selection faster than we are acquiring antimicrobial medicine” Barrett said. “[Antibiotics] may become obsolete at some point.”

“There are no antibiotics currently on the market that have no detected resistance” Shields-Cutler said.

Although this slow descent toward antibiotic ineffectiveness seems inevitable, there are ways to slow down the impending antimicrobial resistance crisis.

As of right now, many scientists agree that antibiotics are overused. These medicines are quick and easy, fixing anything from ear infections to acne to food poisoning. Antibacterials are not effective against viruses or fungi, however.

Furthermore, physicians may misdiagnose and recommend antibiotics where they are not necessary, therefore breeding resistant microbes without actually helping the patient with their sickness. According to Doctors Without Borders, 50% of antibiotics used globally are prescribed incorrectly.

Farmers also use antibiotics in livestock and fish farming. This makes agriculture a huge breeding ground for resistant bacteria that could infect humans and resist treatment.

“Since the 1950’s we’ve been using these microdoses of antibiotics as growth enhancers for livestock. This practice is probably the largest driver of antibiotic resistance right now,” Barrett said.

OneHealth is an office of the Center for Disease Control (CDC) that considers environmental and animal health alongside humans. It calls for livestock antibiotics that are distant from the ones humans use, so that bacteria resistant to cow antibiotics may still respond to prescription drugs.

From the patient side, infections may be especially conducive to resistance development when individuals don’t finish their antibiotics prescription.

“There’s a reason that you’re given the number of pills that you are,” Shields-Cutler warns. “If you don’t complete that dose, you leave behind a population of bacteria that could be growing resistance.”

In some places, antibiotics can be acquired over the counter without a prescription. People may turn directly to antibiotics to skip expensive or time-consuming testing.

“Socioeconomic differences and access to healthcare are huge. In some of the poorest countries, where people routinely get infections, people may not have the time or money to go see a physician,” Barrett said. “This makes it very challenging. It’s easy for citizens of affluent nations, with access to clean water, sanitation and good nutrition to ask people to wait for a diagnosis to seek antibiotics. It’s not realistic to ask the poorest members of society to forgo short-term solutions.”

All hope for the future of medicine is not lost, however. Barrett claims that most of mankind’s progress in tackling infectious disease came with improvements in living conditions, especially sanitation, waste disposal, nutrition and housing. Shields-Cutler argues that other treatments or our immune systems can handle many mild infections without the use of antibiotics.

“Using antibiotics is like using a sledgehammer to squash a small poisonous spider,” Shields-Cutler said.“It’s important to think about overall health and different ways to treat infections.”