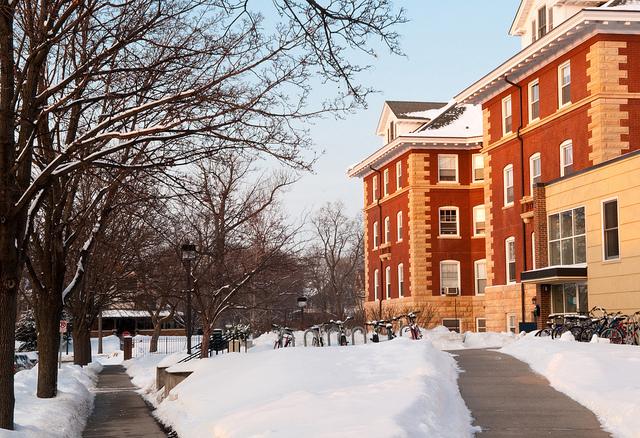 On Monday, April 4, an email from Dean of Students Kathryn Kay Coquemont was sent to residential assistants (RAs) sharing that the 2023 budget recommendation for the college includes increased stipends for the RA position. Previously, returning RAs and senior RAs earned $500 and $750 per year respectively while new RAs did not receive any financial compensation. Now, both returning and senior RAs will see increases in their stipends, with returning RAs getting $1,200 and senior RAs getting $1,400. New RAs will be compensated as well, earning a $1,000 stipend. RAs will also continue to receive free room cost.

Katie Funk ’23, a second-year RA, explained that increased efforts for improved RA compensation began this past fall. She emphasized the collaboration between RAs and administration to discuss higher pay.

“I was working with other RAs to have weekly meetings to talk about what we wanted to change about the position that we were employed in,” Funk said. “I also repeatedly met with the provost, the dean of students, and the director of Residential Life to talk about what we could do through Macalester’s financial situation to increase the amount of compensation that RAs were getting.”

Funk, part of a group of RAs who lead the push for increased compensation, also helped to draft a petition that was circulated around campus, collecting community support.

According to Funk, an increase in RA compensation had been long overdue. She believed that many students chose to become RAs in order to help subsidize the tuition cost, but she also described an issue faced by the majority of those who hold the RA position.

“Unless you’re an RA in a very specific location, you also have to be on Macalester’s meal plan, which … just keeps increasing every year,” Funk said. “Working for a room but then having to pay for board is basically just working for free, and we thought that was unfair.”

She added that there was a disparity between the amount of work that RAs did and the pay they received, and mentioned how restrictive the RA position can be for those seeking a work study job.

“If you’re an RA, then you can barely hold a work study job on campus,” Funk said. “You’re expected to put your RA position first.”

Associate Dean of Students Andrew Wells further described the process in advancing the budget recommendation of higher pay for RAs. Wells said that he frequently met with the former Interim Director for Residential Life Marian Aden and RAs to discuss concerns surrounding compensation. At the same time, he worked closely with Provost Lisa Anderson-Levy and Interim Vice President for Administration and Finance Patricia Langer to prioritize RA compensation in the budget.

“We looked at models from other institutions similar to Macalester; some compensate their staff less, some more,” Wells wrote in an email to The Mac Weekly. “We landed on a structure that increased what was already in practice … and added a new stipend to new RAs.”

Coquemont recognized the importance of increased RA stipends, and she said that while the recommendation awaits final approval from the Board of Trustees, she is almost certain that it will move forward.

“We’ve already announced [the increased stipend] to students; we’re committed to that, and so we’ll make it work,” Coquemont said. “This has been the top priority coming into my role: making sure that we’re thoughtful about the student equity piece.”

RAs have reacted positively to the additional compensation. Emma Kopplin ’24, a sophomore RA, explained that she was glad to see results given the amount of energy that RAs put into advocating for increased pay.

“It’s certainly positive progress,” Kopplin said. “A lot of people put a lot of time and work into making that progress, and, of course, we’re really appreciative of that.”

However, Kopplin felt that the increase in compensation was still not enough.

“I think that a more fair figure [for RAs] would be the stipends that we were just given in addition to housing and the meal plan,” Kopplin said. “There is certainly more work that needs to be done.”

In future efforts for improved RA pay, Funk called for more open conversations between RAs and the administration.

“I felt like there was kind of a barrier between us students advocating for ourselves and the administrators for making these decisions,” Funk said. “While we were continually in communication with them, it felt like, at times, there were these people up on a hill making decisions and then just telling us what they were doing. I want for there to be more communication so that we can tell them how we’re feeling.”

Within these expanded efforts to better compensate student workers, Orientation Leaders (OLs) have advocated for financial compensation. Similar to the recent statement regarding increased RA compensation, the Office of Student Leadership and Engagement (OSLE) announced on March 21 that $100 stipends for 2022-23 OLs had been approved. This information was made available after the stipend was officially passed on March 18.

Lauren Schenk ’24, who was a 2021-22 OL, detailed how efforts to pay OLs grew this past summer and early fall alongside the push for improved RA compensation, in part due to increased student activism.

“I think that there has been a move on campus lately which I’m hoping sticks around,” Schenk said. “These [conversations] happened at the same time that RAs were starting to [advocate] for more money and … people started saying that student leaders should really be [paid].”

Margaret Smith, the interim director for OSLE, said that despite past requests for OL compensation made by the department, none had previously been approved. However, they described Director of OSLE Laurie Adamson’s efforts in seeking the stipend approval.

“[Adamson] did benchmarking across the college with other programs and offices that offer stipends which was likely helpful in landing on the $100 amount,” Smith wrote in an email to The Mac Weekly.

Smith further explained that the office’s decision to advocate for OL pay was built upon feedback provided in surveys and their conversations with OLs.

Coquemont outlined the decision-making process behind the advancement of the OL stipend proposal. While she initially thought that there would not be space in the budget for the OL stipend, Coquemont said that they will be funded by money left over from some cut positions.

So far, responses to the approved OL stipend have been mixed. Ryan Cotter ’24, an OL this past year, explained that she did not expect the stipend approval but was pleased nonetheless.

“I was very happy when I found out,” Cotter said. “I think that more people need to give more credit to how much of a win this really is and how we got paid anything at all. This is really great for getting a more rightful pay in the future.”

“This has been a conversation among students and within the office for some time, and I’m proud of the ways students have advocated successfully for themselves,” Holt wrote in an email to The Mac Weekly.

Many OLs acknowledged that there is more work to be done in the future, though. Like the RA position, OLs’ job requires a lot of time and effort. Zoe Roos Scheuerman ’24, a 2021-22 OL, detailed how the work of OLs is often exciting but rigorous and tiring as a result.

“You are asked to be a teacher,” Roos Scheuerman said. “And the training schedule is just very grueling. I think that especially for orientees or for people who haven’t been OLs, they don’t realize how intense [the job] is because … there’s so much work outside of [the time spent between OLs and first-year students].

However, Cotter highlighted her positive experience as an OL, discussing how there was a lot to gain from being an OL outside of financial compensation.

“The experience itself was so rewarding,” Cotter said. “I got a lot of soft skills, like being able to work in a fast-paced environment … and a variety of other skills leadership, communication, and collaboration.”

Overall, OLs recognized the $100 stipends as a meaningful start.

“I think the ideal situation would be compensation at or equivalent to an hourly rate, but ultimately it is not a work study position or other job, so there are some barriers to that,” Holt wrote. “I am hopeful that continued student organizing will lead to bigger concessions in the future.”

“This is really just a first step,” Roos Scheuerman said. “I don’t want the administration to feel like ‘we did something, so we don’t have to change this now’ because this is still much less than I think we actually deserve, even though it’s better than not having anything.”

In the meantime, she emphasizes her thankfulness for OSLE’s supportiveness and encouragement and for the strong sense of community cultivated throughout orientation week.

“I think our coordinators were awesome,” Roos Scheuerman said. “I know that they’ve been trying very hard to make this as good of an experience for the OLs and the orientees as they can … and I felt like I developed some really good relationships with the OLs and my orientees. I wanted to reapply to keep doing that and to help more incoming First Years.”