The psychology behind comfort shows and our TV watching habits 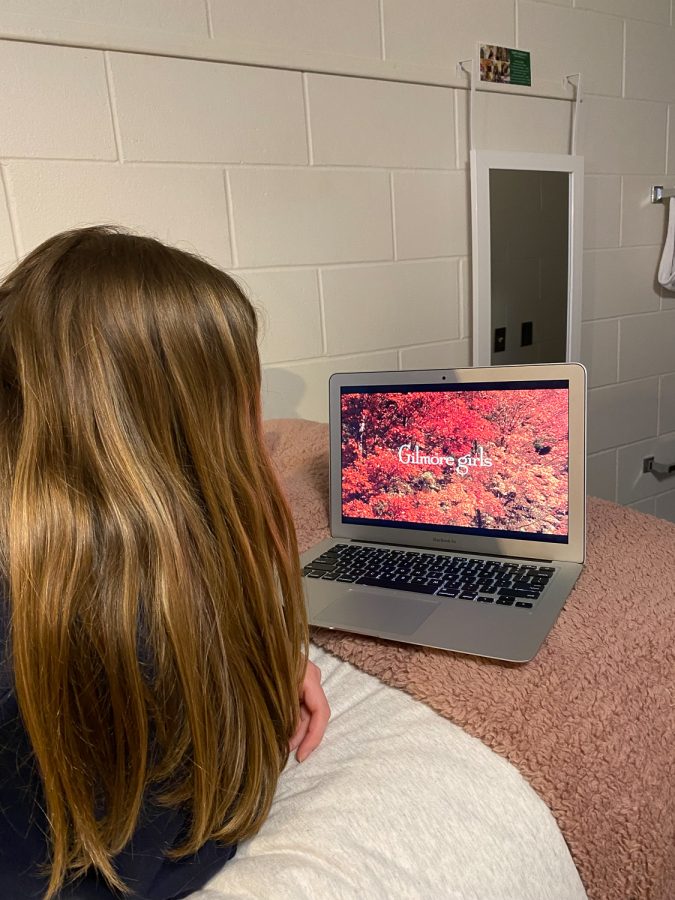 In the midst of the COVID-19 pandemic, streaming services have seen an uptick of usage. Specifically within the area of TV shows, many people have taken to television as a source of comfort during such stressful times. The idea of a “comfort show,” or a show you watch to ease anxiety or invoke nostalgia, has been present since TV shows were established. However the applications of this have become more prevalent recently when people now have the ability to rewatch shows at their own convenience. So what is it about TV shows that provide us so much comfort, and what is the psychology behind our attraction to these shows? Annie Pezalla, professor of Psychology at Macalester College, spoke on this phenomenon.

“I think of comfort shows as ones that have tidy resolutions to the endings, that are often about nurturing relationships or that involve real basic human comfort,” Pezalla said. “It’s like comfort food… we’re gravitating to them more and more in times of stress. And we’ve found a rise in that kind of behavior over the pandemic for sure. And I think that makes sense because there’s arguably greater stress these days.”

This increase in TV consumption is visible through the growing  popularity of streaming services due to the pandemic. According to Vox in 2020, Netflix gained 16 million subscribers instead of the 7 million it expected to gain. The surplus of 9 million was attained during March 2020 when countries around the world were enforcing quarantines. TV shows were an easy source of comfort for many during the pandemic. It was something people could enjoy from the safety of their homes, while still being able to escape their current reality.

Due to the stressful reality of the pandemic, watching TV shows became more than just something to do for many more people. It became something that gave people a sense of stability and reliability. Macalester students echo these sentiments of gravitating towards comfort shows in the midst of the pandemic.

“During quarantine, TV was definitely more for comfort than entertainment,” Bryson Berry ’24 said.

Tara Weber ’25 also noticed the effects of the COVID-19 pandemic on her comfort show viewing, specifically with rewatching shows for comfort.

“Before quarantine, I had only watched ‘Gilmore Girls’ once,” Weber  said. “And now I’m on the fourth to fifth time, so I definitely think the pandemic has affected my rewatching of TV shows.”

What qualifies a show as a comfort show? The reality is that what people consider as the characteristics of a comfort show can vary significantly. Take, for example, the following two TV shows that saw booming success when released during the pandemic: “Squid Game” and “Bridgerton.” These two shows could not be more different in plot, yet they both became highly popular. “Squid Game” is a dystopian show containing social commentary on socio-economic class and is known for being extremely graphic and violent. “Bridgerton,” on the other hand, is based off of a romance book series by Julia Quinn. It’s set during the Regency era in London, full of debutants, soirées and gossip. Yet, these two shows have provided many streaming service users with a source of comfort.

Pezalla believes that people may be drawn to violent shows such as “Squid Game” due to its stark contrast from reality. She believes that seeing characters in these difficult situations can put one’s own situation into perspective.

“It is such escapism,” Pezalla said. “It is such a break from the mundane stressors of our reality and it’s so awful. We know from positive psychology that often what makes us happy is this notion that, relatively speaking, we’re better off than the next guy.”

One similarity found in what can make something considered a comfort show is the idea of “escaping reality.” During stressful times, people search for relief in TV shows as they can temporarily remove themselves from their current circumstances. Whether these alternate realities are as fictitious as the series “The Boys,” a world where superheroes are actually corrupt, or as simple as “Gilmore Girls,” a show following the life of a young mother and her teenage daughter in a small New England town, these shows offer an outlet to put oneself in the place of another character.

“I can put myself in the world a little bit and like, extract myself from reality,” Berry said. “I am no longer Bryson on earth, I am some spectator in this new world that isn’t mine where things are at least cool and intriguing, there’s something for me to solve, or I can at least forget I have all my life duties and responsibilities.”

Weber echoes this sentiment regarding escapism while still finding comfort in having some aspect of relatability in a comfort show.

“I look for something that could possibly be relatable, but is still very far away from my life,” Weber said.

Another factor that makes shows comforting for viewers is nostalgia. This can include childhood shows, or even shows watched during a time period when it was a source of relief. These shows can be automatically linked to fond memories and a very different time period of life. For Berry, this was “Avatar: The Last Airbender.”

“It reminds me of being in elementary school, before life got complicated, so I really enjoy that show,” Berry said.

When it comes down to it, a comfort show is any show that provides an aspect of escapism or can make someone feel better about their situation. People are able to find comfort in these different worlds and consider what it would be like to have a different, perhaps more entertaining, set of concerns in their life. Whatever it may be, it is clear TV shows are indeed a stable source of comfort in many people’s lives. The concept of “comfort shows” is now, more than ever, a solidified factor in our TV watching experience.