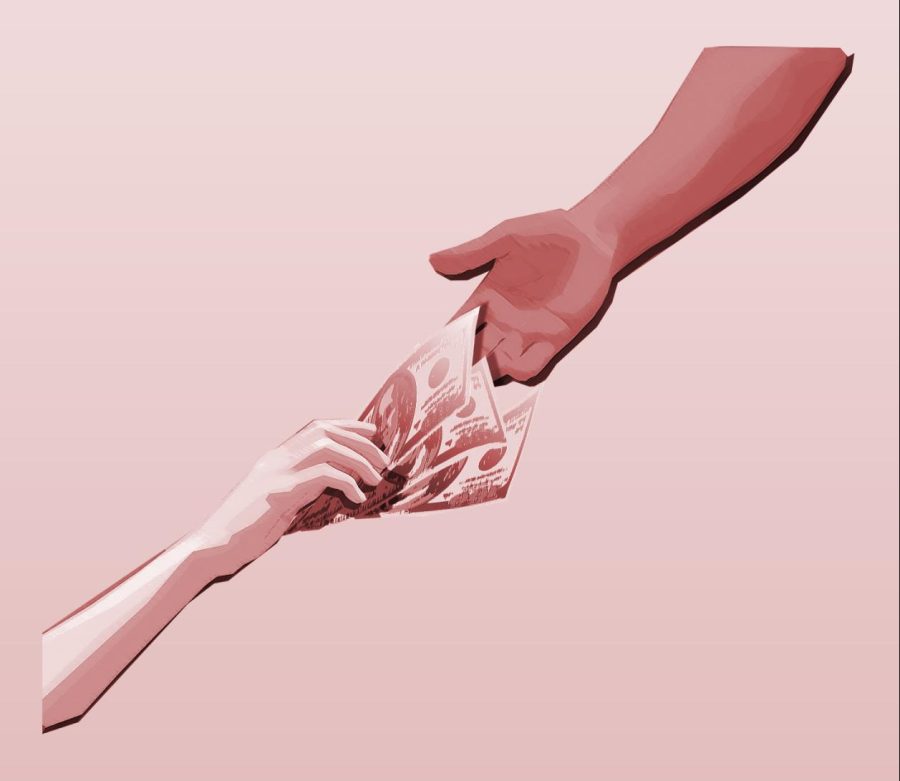 Youssef Ghandaoui was 10 years old when he got his first job in a bookstore. He would carry and pack books from the back of the shop, where passersby on the street couldn’t see him. He worked from 9:00 a.m. to midnight with no days off and said that he hoped the storekeeper would give him and his sister their textbooks at the end of the month. When economists measure Morocco’s gross domestic product (GDP), however, they don’t count the labor of informal workers like Youssef. GDP measurements entirely exclude a majority of the world economy: the shadow economy.

The informal economy, also called the shadow or parallel economy, encompasses any economic activities that have market value but don’t get recorded or taxed. This could include domestic work, subsistence farming, babysitting and street vending, or underground markets and illegal activities such as drug trafficking and prostitution.

According to the International Labor Organization (ILO), an estimated 60% of the world’s population participates in the informal sector. The global south tends to have larger proportions of the economy employed in the informal sector (ILO). Macalester economics professor Mario Solis-Garciaspecializes in informal labor.

“In developing nations, we see a large shadow economy,” Solis-Garcia said. “The benefit is that you have a way to survive in a place that doesn’t really have a robust safety net. In the U.S., people can claim unemployment. In other countries, the shadow economy offers an escape.”

Solis-Garcia argued that informal employment offers an alternative option when quality or quantity of formal sector work cannot support the whole population. According to the International Monetary Fund (IMF), the informal sector acts as a source of income and a critical safety net for millions of people for whom the formal economy has nothing to offer. At the same time, informal work may provide more flexible schedules for mothers or other folks who can benefit from such flexibility.

According to UNWomen, “in South Asia, over 80 percent of women in non-agricultural jobs are in informal employment; in sub-Saharan Africa, 74 percent; and in Latin America and the Caribbean, 54 percent.”

“It’s a matter of flexibility of schedule, other duties and responsibilities,” Sayre said. “If someone is focused on the household and they only have a few hours here and there to focus on market activity, that can be on their own schedule if it’s in the informal market.”

Due to its dynamic nature and flexibility, the shadow economy may act like a sponge during economic crises, soaking up job-seekers during a recession.

“The informal sector is like the release valve,” Sayre said. “If there’s not enough jobs in the formal sector, people know they can at least go to the informal sector. If there’s a lot of pressure to formalize those jobs, then you’re just going to get unemployment rather than formal employment.”

According to Solis-Garcia, engagement in formal versus informal labor can be a tradeoff; in many post-industrialized countries, formal jobs offer minimum wage, health insurance or even pension. On the flipside, the regulated economy is limited; participants pay taxes, and businesses must comply with government regulations. In places where registering a business is expensive and time consuming, or where corruption raises costs, small business owners may choose to operate informally.

Ghandaoui is a Moroccan physics student who grew up supporting his household and paying for his schooling by working  in the informal sector.

“My family didn’t have enough money to get by… My parents were telling me to drop out of school to find work, but I wanted to study,” Ghandaoui said. “Finding legal work is so hard here. They don’t want to employ students part time, so I didn’t have a choice. I worked illegally.”

Ghandaoui said that he was able to find informal employment in Morocco.

“Normally, someone working with the bank should earn $20 per day, but they would give us work for $10 a day, and the bank would take the other $10. No one knew I was working, but this way I could study and help my family,” Ghandaoui said.

“El Otro Sendero” (1986) by Hernando de Soto is an influential book about the informal sector in Peru. de Soto argues that the problem lies in the state rather than in shadow labor itself, claiming that excessive regulation pushes workers into the informal sector. de Soto describes the informal sector as “revolutionary,” showcasing the entrepreneurial and innovative spirit of participants in the face of state failures.

According to Solis-Garcia, individuals turn to the shadow economy if there are not enough formal sector jobs, if business startup costs are high or simply to avoid taxes. The size of the shadow economy depends partially on the level of available work within the formal economy.

“GDP fluctuates a lot in developing nations,” Solis-Garcia said. “If you’re in the middle of a recession, people will gravitate to the shadow economy. You can go start selling things on the street. This small scale operation can allow you to survive. It doesn’t compare to a normal job because it doesn’t have medical insurance or social security, but it’s better than nothing.”

So why do organizations like the IMF and national governments want to formalize employment? Sayre suggests that different actors have different incentives to push for labor formalization.

“From an International Labor Organization standpoint, authorities may be hoping to correctly account for women’s contributions to the economy,” Sayre said. “Statistics on female labor force participation rate in a country like Morocco is listed at around 20% whereas surveys show that there’s much more activity than is counted. The state wants to expand the tax base and fully capture and regulate what’s going on in the economy.”

The IMF describes informal labor as less productive, more precarious and lower paid than formal work. UNWomen claims that work in the informal economy could leave women outside the protection of labor laws, at higher risk of sexual harassment or in potentially unsafe conditions. Governments also have incentives to formalize labor in order to increase tax revenue.

The shadow economy is notoriously difficult to measure. According to the ILO, these economic activities are often unregistered and technically illegal, so workers are hesitant to report their work to surveys. Traditionally, economists have taken general surveys but these are expensive and may be subject to response bias.

“People work in the shadow economy because they don’t want to be found,” Solis-Garcia said. “How do you measure something that doesn’t want to be measured?”.

Other methods of calculating national economic activity are more complex. Some compare national earnings to national expenditures. Theoretically, every dollar spent has to first be earned, but these figures are often unequal. This could be partially due to informal labor; however, there is great potential for inaccuracy. The Physical Input method measures electricity consumption to see the real level of economic activity in an economy, but this ignores the informal activities that don’t require electricity.

“That assumes that joining the informal economy is a choice,” Solis-Garcia said. “If you consider a world without unemployment insurance, it’s not really a choice. There’s not anything else to do. It’s such a big issue. In developed economies, it’s about profit, but in developing nations, it’s about survival. There’s a big fraction of the world that relies on underground activity to get ahead.”