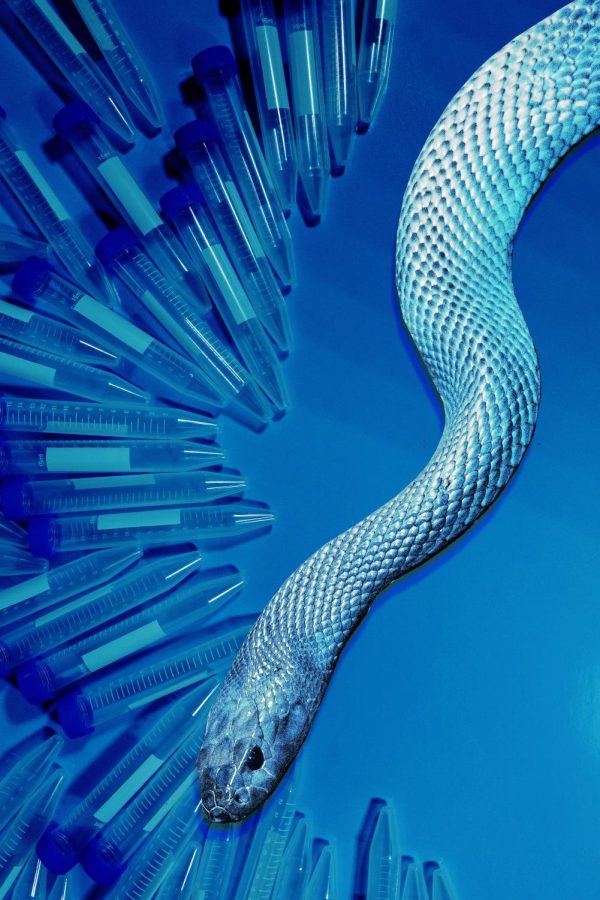 Humans have evolved to instinctively fear snakes, according to an article published in Nature in May 2020. In holy books, folk tales and pop culture, serpents represent danger. But how much do you really know about snakebites? The Mac Weekly talked to experts far and wide to dig a little deeper into all things snakebites, anti-venom and more.

The most reliable antidote for a snakebite, anti-venom, has been produced using the same method for over a century. First, herpetologists, specialists in reptiles and amphibians, collect dangerous snakes and  “milk” them for their venom. According to the World Health Organization (WHO), professionals then inject small amounts of the toxins into horses or sheep until they develop immunity.

Once the horses begin to produce antibodies, a few pints of their blood plasma are “harvested” and purified to contain only the antibodies. Antivenom is an expensive medicine, ranging from around $1,120 to $3,000 per vial. The final drug price reflects all the snakes and horses that had to be collected and tended, as well as costs of testing, transport and markups.

The Mac Weekly met over Zoom with Mahmood Sasa, a toxicologist from Costa Rica’s snake antivenom research unit Clodomiro Picado at the University of Costa Rica.

“Snakebite victims are mostly poor rural people and agricultural workers,” Sasa said. “Since the treatment is so expensive, these people are less likely to seek and receive medical attention.”

Further complicating the issue, antivenom requires refrigeration. This creates a huge obstacle to small clinics that may not have temperature control technology, or areas where electricity is not reliable. As a result, snakebite victims must travel to distant hospitals for treatment.

“Effective antivenoms exist, they just don’t get to the patients that need them,” health economist Andreas Kuznik said. “Many of these victims live in rural areas where the nearest clinic is two days away. [The pharmaceutical drug company] Sanofi walked away because it wasn’t profitable enough. We need funding and commitments.”

Since treatment is often unaffordable or inaccessible, the condition suffers what Macalester’s health economics professor Ashwini Sankar calls “orphan disease” syndrome, where companies are disinterested in providing a cure when there is insufficient demand.

“The companies have to make some sort of a profit, but how can they do this and sell the medicine at an accessible cost?” Sankar said.

“Habitat encroachment can increase the interface where humans and wildlife come together,” Chakrabarti said. “Humans and animals are pitted against each other just because of sheer terms of space.”

Commercial land use for agriculture speeds up this process. Climate change increases the rate of natural disasters, disrupting habitats. As forests are replaced with farms or villages, animals are pushed into urban zones.

According to Chakrabarti, city pests such as pigeons or rats make great snake snacks, while houses and trash heaps provide cool hiding spots.

There is still some hope for more accessible cures, though.

Dr. José María Gutiérrez is the director of the academic branch of the antivenom institute in Clodomiro Picado. He claims that antivenoms can be produced in two different ways: the traditional way, with “polyclonal antibodies” from horses, or new “monoclonal antibodies” from camels, llamas, or alpacas (collectively called camelids).

According to Macalester genetics professor, Robin Shields-Cutler, polyclonal antibodies are the horse’s natural response to the snake venom. They come in many different forms that attack the venom in different ways, some of which are more effective than others. Scientists can then select the best, most effective antibodies to “clone” in vats of bacteria or yeast.

“Camelid antibodies are special—they are smaller and have less genetic material so it’s easier to isolate the coding sequence and easier to do the cloning,” Shields-Cutler said.

He described these monoclonal camelid antivenoms as “more heat stable,”— they have a longer shelf life and won’t spoil without refrigeration.

Each snake’s venom has multiple different toxic components. Some snakes, like rattlesnakes, have simpler venoms with only a few types of harmful proteins. Others are more complex.

“The problem is you have to make a cocktail of [various monoclonal] antibodies,” said María Gutiérrez. “We can make these antivenoms for snakes with simple venoms, but it’s much more complicated for snakes that have a mosaic of toxins. The cost is decreasing over time, but this is the antivenom of the future.”

These cures deliver a longer lasting, more reliable response than current medicines, but are still being developed.

Other snakebite researchers are working towards synthetic antivenoms that would neutralize the effects of venomous toxins without the whole snake-milking, immunization and blood-extraction process.

Finally, researchers across the world, including Dr. María Gutiérrez and Dr. Sasa, are mapping out what toxins and compounds make up each snake’s venom. With this knowledge, manufacturers can produce more efficient, universal antivenoms.

“The problem of snakebite has such a big toll, but it’s surprisingly under researched,” Kuznik said. “Snakebites are a social, economic and technological challenge.”

Recently, in 2017, WHO classified snakebite as a “Neglected Tropical Disease” through the hard work and activism of scientists, health officials and former UN Secretary General Kofi Annan ’61, a Macalester alum.

Annan published a paper in June 2018 on snakebites, which appeared in the French publication Le Monde, the Spanish publication El Mundo, and on the Kofi Annan Foundation website. The paper, titled “Snakebite: The biggest public health crisis you’ve never heard of,” reaffirms snakebites as a serious public health challenge and advocates for immediate, robust and sustained action to confront it.

The WHO created a roadmap for new regulation standards when there were previously none. As of right now, snake antivenom still needs research, funding and international attention. Why not start here on campus?