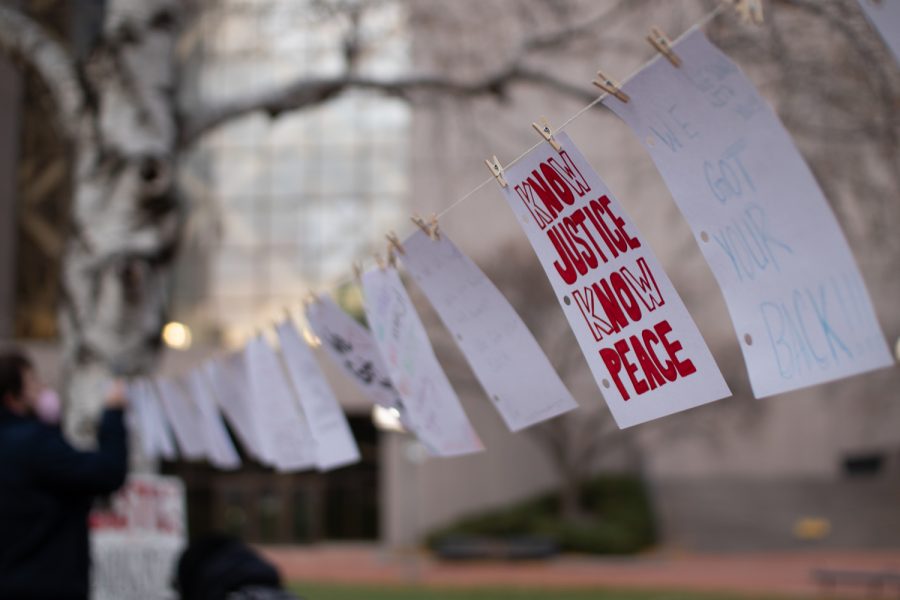 The trial of former Brooklyn Center police officer Kim Potter began on Tuesday, Nov. 30. Potter is charged with manslaughter in the death of Daunte Wright, a 20-year-old Black man, whom she shot last April during a traffic stop.

This trial is another in a series of high-profile cases examining the deaths at the hands of police officers. Only two police officers in Minnesota have ever been convicted of murder on the job: Derek Chauvin, who murdered George Floyd, and Mohamed Noor, who was convicted of manslaughter for shooting Justine Damond Ruszczyk in 2017.

Potter has said previously that Wright’s death was an accident, and that she intended to use her taser, not her handgun. On body camera footage of the shooting, Potter told Wright that she would use her Taser if he did not comply with arrest. Instead, she drew her handgun and shot him.

The shooting happened during the trial of Derek Chauvin and set off a week of protests outside the Brooklyn Center Police Department. The city responded to the protests with curfews and a heavy police presence; law enforcement used tear gas, rubber bullets and other less-lethal weapons against protesters.

The trial began with jury selection on Tuesday. Jurors answered questions about their knowledge of the case, their opinions on the Black Lives Matter movement and their views on policing, among other things.

As of Wednesday, nine jurors had been seated — six of those identified as white, one as Black and two as Asian. The prosecution has used up all of their three peremptory challenges — their chances to dismiss potential jurors without explicit reason. Per Minnesota court procedure, Potter’s defense is permitted five challenges and has three remaining. Hennepin County originally estimated that jury selection would be complete next Tuesday, Dec. 7 and that opening statements would begin on Dec. 8. The trial is expected to last until around Dec. 22.

On Tuesday evening, about a hundred people gathered outside the courthouse in solidarity with Wright’s family. Supporters set up candles, posters of Wright and a display of notes to his family on the lawn outside the Hennepin County Government Center. The rally started with organizers and family members of police violence victims addressing the group on South 7th Street.

Tension rose sharply at 5:00 p.m., when a car dodged the volunteer marshalls blocking the street and drove through the crowd. While no one reported any injuries, the incident left people shaken.

A marshal who goes by Ace recalled the moment the car slipped through the blockade.

“He went up on the sidewalk around the light pole and then back into the street to intentionally plow into the crowd.”

At the time, cars were parked across the street to prevent traffic from driving through the rally, and marshals in high-visibility vests were present to direct traffic away.

“I’m just thankful that people didn’t get hurt because we’ve seen high speed cars go through protests before. Deona Marie was killed this summer in exactly a similar situation,” they said.

This past June, a car drove through a gathering of people holding space at the spot where Winston Smith was fatally shot by a U.S. Marshal task force. The driver killed Deona Marie Erickson, a community member at the scene.

Organizers proceeded with the planned march following the disruption. They marched three blocks around Hennepin County Government Center and Minneapolis City Hall and stopped midway to hear from more speakers.

“Sadly these representatives have done nothing to help the Wright family or to ensure that there is not another Daunte and we will not let that slide,” McClellan said. “Here we are today on the cusp of trial and Kim Potter refuses to acknowledge her crimes of robbing the world of a son, a brother, a father, a friend … we must not allow another family to go through what Daunte’s did.”

The group finished their march in front of the government center a little before 6:00 p.m. with organizers sharing final messages. Kimberly Handy-Jones, mother of Cordale Handy, a man who was fatally shot by Saint Paul police officers in 2017, was one of the last to address the crowd.

“Would you have made that same mistake on one of your kids, Kim Potter?…Would you have done it to a white man, a white woman? I question all of these things,” Handy-Jones said. “Kim Potter, accountability is coming. I know it is.”