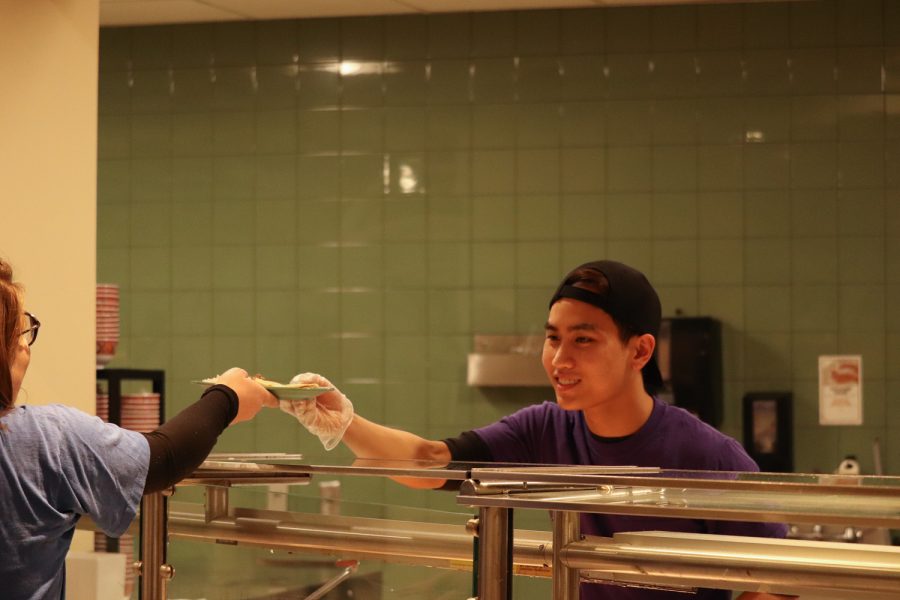 The Federal Work-Study (FWS) program was developed during the 1960s to help colleges provide students with meaningful employment. Upon passing a 1967 bill to amend the program, President Lyndon B. Johnson said that the bill would “build resources of character, self-reliance, and independence” and allow students to “contribute importantly to [their] college and community.”

Today, student work-study jobs are subsidized by the federal government, which typically pays about half the wages (but can pay up to 75%); colleges pay the rest. The federal government claims that the Federal Work-Study program “emphasizes employment in civic education and work related to your course of study whenever possible.”

But President Johnson’s promises have not been fulfilled. This program, created by the federal government in order to provide students with career experience, has morphed into a tool of both time-wasting and exploitation.

Macalester has lost the plot with the Federal Work-Study program. It’s not working for students, and it must change.

Macalester, like many colleges, uses work-study as a means to provide financial aid. Students receive FWS money as part of their tuition needs, directly alongside sources such as Pell Grants and Macalester scholarships. The funds are intended to pay for their tuition, so many students must either take FWS jobs or work off campus to fill that funding gap.

Macalester student jobs can be roughly sorted into three categories: vocational jobs, filler jobs, and practical jobs. Vocational jobs are instructive or career-related, and a significant reason why the federal government subsidizes student employment. Filler jobs are the time-wasting positions generated as a byproduct of the work-study program. Practical jobs help the school function, such as in the cafeteria or on the grounds.

The latter two exist today as a mangled outcome of the constraints in both the federal government’s and Macalester’s work-study programs.

Filler jobs are minimally needed but abundant within our student employment. Some students work jobs at a point desk where the only passersby are there to scan an automated RFID system. Some students are office workers who spend one out of their ten weekly hours doing work for their job.

Joe Harrington ’24 is in his second year working as a “COVID case manager.” He brings meals to students in quarantine or isolation. For the long stretches that nobody has been in quarantine, his three hour shifts have consisted of little: homework time, a call to his parents back home, a long dinner in Cafe Mac. And even when there are students in need of meal delivery, his shift looks much the same — minus the 30 minutes it takes him to complete the work that must be done.

“Everything that needs to be done gets done, but the job is done so efficiently, and there isn’t much demand, so we don’t end up having much more to do,” Harrington said.

While it’s convenient for students to receive money without having to do much focused work during their shifts, it’s also absurd.

Students earn work-study as part of their financial aid package, helping to fulfill their financial need. Their wages, coming from both Macalester and federal funding, are already set aside for work-study students. When there aren’t jobs available that offer relevant skill-building, students in need have to play-act work in order to pay for tuition — even though that money already exists, whether or not they work.

The program gets stranger still. In the same building as the COVID case managers, students work in Cafe Mac. It’s a labor-intensive job, with full shifts of dish washing and slop serving. They make the same $12.50 wage as everyone else, because all student employment operates within the same contours: all students earn the legally mandated minimum wage of $12.50 and are limited in how many hours they can work — usually 10 per week — putting a hard maximum on their yearly earnings.

Xavier Calicdan ’24 worked for Cafe Mac last school year in order to earn his work-study aid package. When he started working more than his allotted ten weekly hours, he realized that he would earn all of his package well before the end of the school year.

So after he earned his entire work-study award, he started working directly for Bon Appétit, the catering service that contracts with Macalester to provide food. His work didn’t get much harder, but his pay increased: he had been earning $11.50 under last year’s work-study hourly wage, and his hourly wage increased by a few dollars.

“It was essentially doing the same thing but for more pay, because I was an actual worker,” Calicdan said.

This year, he turned down his work-study offer to continue earning higher wages through Bon Appétit.

This means that student workers at Cafe Mac are earning below the market wage for their job, even though students on FWS have their earnings partially paid for by the federal government. It’s subsidized exploitation.

Students face a situation where their employment options are limited to employers with considerable market power. The easier student jobs fill up quickly, leaving many first-year students receiving work-study with no option besides Cafe Mac. And when Cafe Mac is their only option for paying tuition, they have no choice but to accept below-market wages.

Work-study doesn’t make sense as a pure financial aid program. When the program is run with the sole purpose of helping students pay tuition, as opposed to helping them find vocational jobs, it hurts students. They are forced into filler jobs where they do nothing or practical jobs where they’re underpaid.

Further, as Sandy Baum at the Urban Institute points out, there is an asymmetry between a college’s and a student’s perspective of work-study. When FWS is put into a student’s financial aid package, it looks the same to the college as any other financial aid, such as Pell Grants and Macalester scholarships. Either way, the money counts as helping a student meet their financial need.

To a student, other financial aid is nothing like FWS. FWS is just a job, no matter who pays it. But if a student decides to get a different job — perhaps because they’d like more than 10 hours a week at a $12.50 wage, or they don’t want to make below-market wages for their labor — they have to leave “awarded” money on the table.

There are ways that this program could be improved.

Despite the dearth of useful student jobs, work-study awards are contingent on the student having campus employment. But there’s no necessary reason that the program must work this way, beyond the fact that those are the existing rules.

Some FWS reforms must happen at the federal level. The federal government should only allow colleges to use FWS funds for their intended purpose of subsidizing beneficial opportunities, instead of creating useless jobs and subsidizing exploitation. The leftover money should be poured into programs like the Pell Grant, which provide student grants without forcing them to work — we could just give money to the students.

But while we wait for FWS reform at the federal level, Macalester can also work to improve this program.

At Macalester, many students take advantage of FWS programs to do beneficial, vocational jobs. There’s a sizable group of students who work at non-profits off campus. Other students have work-study positions such as class preceptorships or jobs in academic departments that are educational and beneficial.

This is where the work-study program shines, fulfilling a useful purpose. Macalester should keep these kinds of positions funded and accessible to students.

With the filler jobs, it’s easy to imagine a program reform that eliminates these wasteful positions while making students worse off. If the college simply cut all of the needless desk jobs and paid homework sessions, students would just get less money while leaving federal funds to sit unused.

In any ways it can, Macalester should reallocate money from student employment to direct scholarships. Essentially, we could drop the pretense: cut some of the filler jobs, as long as the money can be redirected to programs that give students money without requiring work. For jobs that are unnecessary or that require much less than the default 10 hours of work per week, everybody could win from this.

However, the college can’t solve the filler jobs problem on its own; it’s a product of the fact that federal funding for the program is contingent on students working. So as long as Macalester is receiving FWS funds, the filler jobs will have to continue.

In food service, Macalester and Bon Appétit cannot continue to rely on underpaid student workers to fill the jobs it needs. Cafe Mac workers must receive competitive wages for their jobs. It is unjust and senseless that the largest employer of student workers pays students below the market wage.