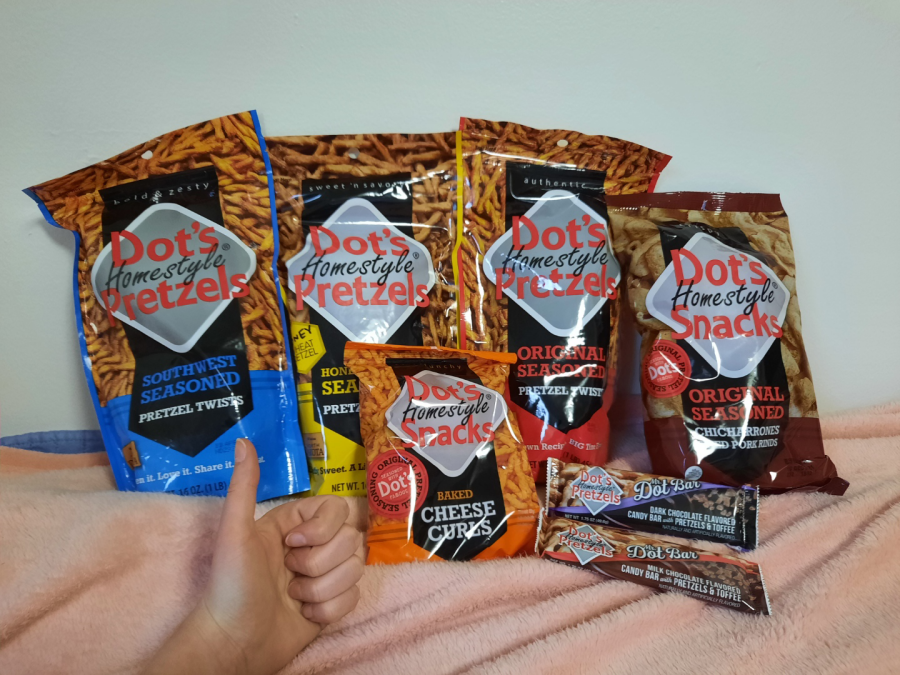 Abigail Stupar ’24 is intending to declare a music and English double major at Macalester. It was through her songwriting class this semester that she was initially introduced to Dot’s Homestyle Pretzels, a family-owned business originating out of North Dakota.

During her Wednesday night songwriting class, Stupar and her classmates often got really hungry. The professor of the class, Victoria Malawey, had Dot’s Pretzels in her office and shared them with the class that night.

“It was my first time having Dot’s and I felt it really was an eye-opening experience,” Stupar said. “I ate the pretzels and then we had our next assignment which was writing in poetic meter. So I was like, well, I’m going to dedicate my poem to these things, of course.”

After dedicating this poem to Dot’s Pretzels, her teacher jokingly said she should send the poem to Dorothy Henke, the company’s namesake. Stupar did so promptly via email after class.

The poem reads, “Without these Dots I wouldn’t feel alive. / I think they might be my primary drive. / Now still they fill my heart with blessed grief; Again I say amen in disbelief.”

The next day, Dot’s marketing team got in touch with Stupar to get permission to use her poem in their advertising campaign and asked her if she’d perform a recording of it for them.

“They’re like, ‘Hey, your poem was beautiful, and we’ve shared it with our Marketing team,’ and ‘with Dot herself’ in a really intense, slightly intimidating way,” Stupar said.

“At this point, it was all a joke and I kept with the bit,” she said. “They asked for a video as well. So I turned the poem into a song and now I’m working on my song’s music video for Dot’s Pretzels.”

Dot’s Pretzels originally started as just a pretzel business out of Henke’s kitchen, and over time grew into a successful company. It started out in a North Dakota town of 1000, and then grew quickly in popularity across the Midwest. Last Wednesday, Henke’s business was just purchased by Hershey for $1.2 billion.

Three days later, Stupar received an email from Dot herself, thanking her for writing the first fan poem Dot had received and then promised to send her a special package in the mail.

“Dot sent me six pounds of pretzels, and a hat,” Stupar said. “I now have Dot’s merch!”