“Rituals of Resilience” meets the moment through art and music 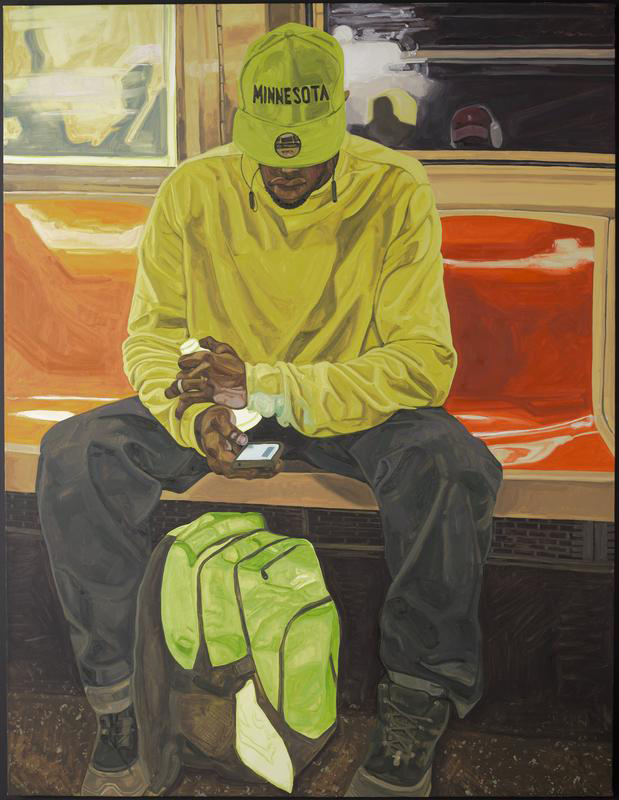 In galleries 373 and 374 of the Minneapolis Institute of Art (Mia) sits a historic art exhibit: “Rituals of Resilience.” A multimedia showcase of inventive art mediums, the exhibit is co-curated by Mia’s Curator and Head of Contemporary Art Gabriel Ritter and artist Chaka Mkali (also known as I Self Devine). “Rituals of Resilience” opened in March 2021 and will be on view until February 2022.

Identity, spirituality, trauma, pain, joy and power are just a few of the themes on display in the 28 pieces of art. Almost all of the works are two dimensional, including quilts, needlework, collage, print, oil paint and more. The diversity of materials the show is remarkable, with entry points accessible and poignant for any kind of community member. Many of the works are on view for the first time ever. Perhaps the most revolutionary component of the exhibit is not physical, it’s a 50 minute album of music accompaniment also entitled “Rituals of Resilience” created by Mkali.

The music consists of poems and rap lyrics layered over a series of beats, all of which are somewhat hypnotic and calm. The tracks are meant to supplement the exhibit. QR codes linking to entire the album on streaming services are strategically placed on the walls of the gallery. Well known artists such as Tish Jones, Muja Messiah and Greg Grease are featured on the 16 tracks and the songs stand alone as powerful explorations of race and relationality separate from what hangs on Mia’s walls.

In a unique approach, Mkali drew inspiration from the research he did on each visual artist’s process of creation instead of from their finished product. The foundational compatibility comes through between “Rituals of Resilience” and the diverse interpretations of Blackness in the exhibit.

Mkali and his album are huge draws to “Rituals of Resilience” as true and provocative investigations of our current moment. Mkali is a Los Angeles native who works across visual and audio art mediums and racial-justice and community organizing. He is currently the director of organizing and community building at Hope Community, a Minneapolis nonprofit. Working with Mia was a surprising and new experience for Mkali as an advocate accustomed to the often exclusionary and extractive museum community.

In his essay prefacing the show, Mkali writes, “My orientation of art and culture has always been grounded as a form of resistance, subversion, storytelling, and liberation. Through that lens, I have always inherently had tension with museums and institutions. They were seen as monolithic, uninviting, places displaying the spoils of pillaging and colonialization where I never felt reflected or welcomed.”

It’s clear while present in Mia that every detail of “Rituals of Resilience” is intentional; alongside image descriptions and credits are selected lyrics from Mkali’s album, as well as his extensive research and care. The walls of the two galleries are painted black from floor to ceiling, a strong departure from the surrounding rooms that are white and filled with older, less exciting pieces of art.

In gallery 373 hangs a portrait of local Minneapolis artist Leslie Barlow’s grandmother, “Ellen Barlow” (2019), which conveys a stoic sense of home, comfort and nostalgia; Barlow was recently commissioned by Macalester to paint Mahmoud El-Kati, an influential Black community leader and former Macalester professor. Another piece that stands out is “False Start” (1970), an acrylic and spray paint of pink and peach colors on canvas that stretches across almost the entire wall of the gallery from Frank Bowling, a world-renowned artist from Guyana and Britain.

Minnesota’s context is hard to miss in “Rituals of Resilience.” The murder of George Floyd happened months after Mkali and Ritter had begun work on the project, but understandably, strongly shaped the final product. Both curators of “Rituals of Resilience” emphasize that community building is an inspiration and intended impact of the show. They saw to this through their contemporary collaborative creation process and in the dynamic aspects of the exhibit. For Mia, they have something to prove: Mia’s permanent collection is made up of only 3% Black or African artists.

Mkali writes again, “‘Rituals of Resilience’ is about the act of survival under intense pressure and heat. A place to hide when being in your body isn’t safe. A reimagining of new worlds and possibilities. The creative culture of Indigenous and diasporic ethnic groups of African descent surviving and dismantling 400 hundred years of white supremacy … through a visceral fabric of repetitious intentional movements, vibrations, gatherings, acts, symbols, and codes.”