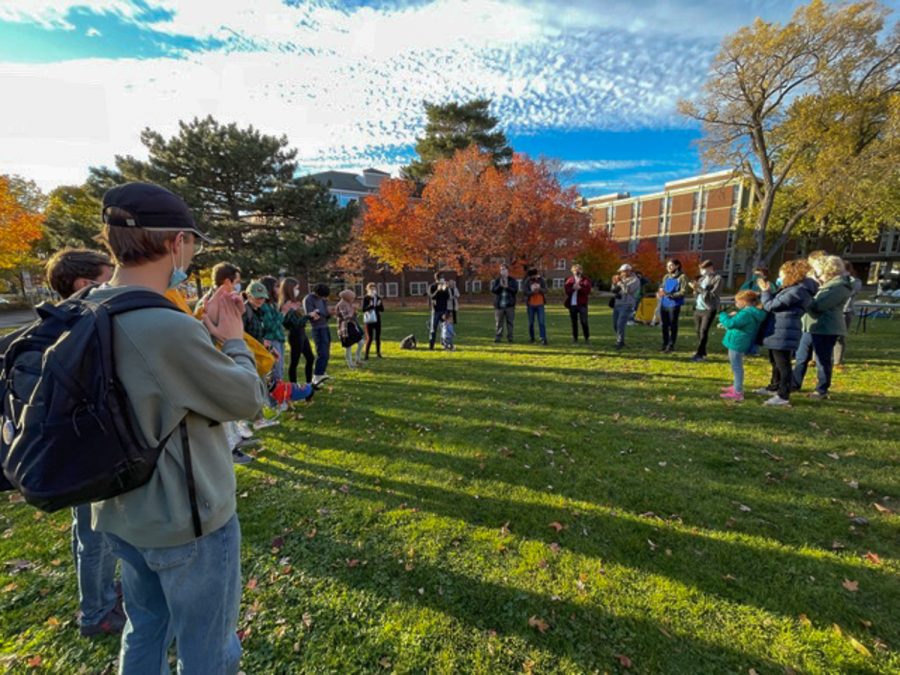 Ward and Howatt were first-time runners for St. Paul Public School Board. Ward ran in the normal election against five other candidates for three positions. Howatt ran in the special election to fill the seat of a board member who stepped down.

Both candidates were endorsed by the Democratic Farmer and Labor Party (DFL) and the Sunrise Movement, a youth-run climate advocacy organization. Woida said their endorsements are reflective of their candidates’ potential to enact progressive change in public schools.

“We elected an incredible progressive slate on Tuesday,” Woida said. “The fact that Uriah Ward got elected, the mayor and rent stabilization passed is an incredible accomplishment.”

Managing a campaign was not an easy feat for Banat and Woida. Being a campaign manager, and in Woida’s case, Howatt’s only staffer, was incredibly time-consuming for the full-time college students. Schoolwork was deprioritized in some cases to get their candidates’ messages across. Both said that the support of the Macalester community fueled them as they found guidance and mentorship in professors and support from Macalester students.

Being a college student campaign manager had its upsides, giving their candidates a much-needed younger perspective. Macalester’s politically engaged college campus was a big asset. Hufsa Ahmed ’24, a co-leader of Sunrise St. Paul and lead organizer of DFL-endorsed candidates on Macalester’s campus, spoke on the power of Macalester’s community.

“Because Macalester’s community has the value of being civically engaged, it is really easy to mobilize and work with Macalester students,” Ahmed said.

The events that organizers planned on Macalester’s campus were highly successful in getting their candidates’ message across and ultimately creating a strong voting bloc of Macalester students. Events such as the “dorm storm,” where students interacted one-on-one with candidates, gave students a chance to learn more about the campaigns. Macalester’s precinct had a much higher voting rate for DFL- and Sunrise-endorsed candidates compared to neighboring precincts.

Macalester’s high voting rate is a win for local elections that the general population typically overlooks. Local elections have a 30% voter turnout compared to roughly 50% in presidential elections.

School board elections in particular are notoriously under-appreciated for the power they have in instigating change.

“School boards are an opportunity to create really big change,” Banat said. “Schools are so important to us, but they are also the hubs of our community.”

As leaders in the community, school boards can put in place policies that affect the whole community as well as other districts. St. Paul Public Schools in particular is a very large and influential district for the whole state and the changes it makes influences all public schools as well as the community around them.

Woida emphasized that it is Macalester students’ duty to be involved in these local elections and care about their community off-campus.

“It’s about solidarity with our neighbors,” Woida said. “Macalester students are St. Paul residents. We all have a civic responsibility to pay attention and care about what happens in the city in which they live.”