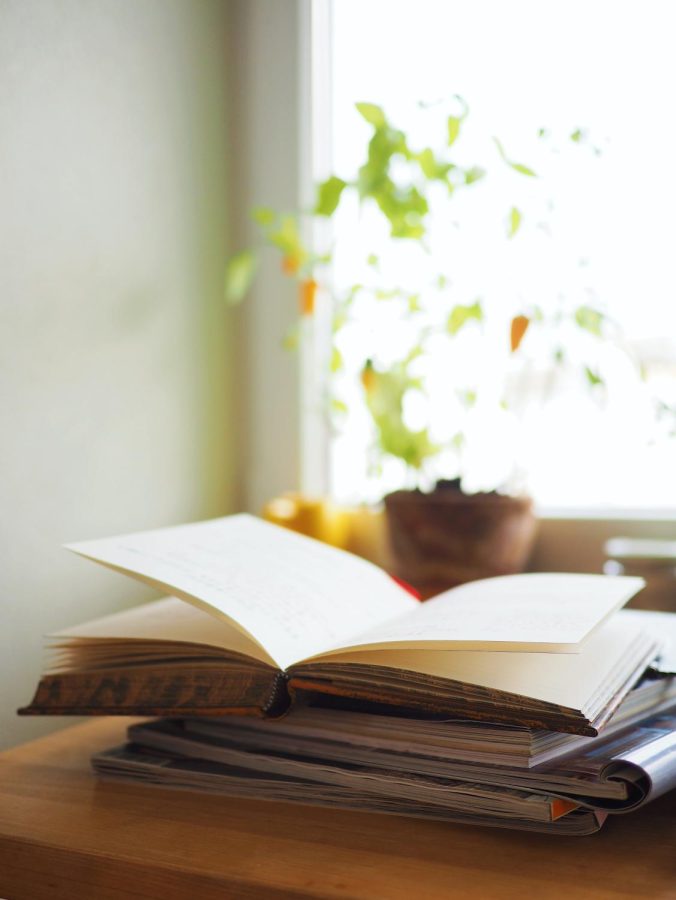 Photo by Fang-Wei Lin on Unsplash

On Monday, Oct. 25, Associate History Professor Amy Sullivan debuted her new book, “Opioid Reckoning: Love, Loss, and Redemption in the Rehab State,” at Macalester in the John B. Davis Lecture Hall. The hybrid event was sponsored by both Macalester and the University of Minnesota Press and consisted of a speech from Sullivan and a panel discussion that included two of the individuals who contributed their personal stories to the book.

Despite the publication of many other books about the opioid epidemic, Sullivan’s book is in many ways the first of its kind. She uses her background in oral history to weave a narrative, compiling content that she has gathered from over 60 interviews.

“I began with mothers I knew, which led to mothers I didn’t know,” Sullivan said. “One interview led to another and then I started reaching out to addiction medicine physicians, drug treatment specialists, harm reduction experts, family members and others.”

Sullivan began her speech with a dedication to anyone who has lost someone close to them to overdose and offering up her blessings and support to those still struggling as well as those working to end the opioid epidemic.

“The enormous number of overdose deaths in the United States, over 500,000 souls and growing, sometimes obscures the preciousness of the individual lives lost and the love that remains in the hearts left behind,” Sullivan said.

Originally supposed to be a single article, Sullivan’s work has grown dramatically over the five years she has been working on this project, morphing into a massive oral history project and eventually her book. She attributed this growth entirely to her editor, Kristian Tvedten, who she has worked closely with over the years.

She emphasized that at one point, she too was largely ignorant about the opioid crisis, the issues it was causing and the treatment processes available. Like many other parents, she began to educate herself about opioids during her daughter’s struggle with addiction.

“I was just a mother, deeply afraid for my child’s safety, and scared out of my mind that she would die,” Sullivan said. “Fear-based living is not living.”

Sharing her experience with opioids as a mother, Sullivan has drastically expanded her knowledge on the subject over the years, and now teaches a class called Uses and Abuses on the subject of substance abuse and views on addiction. She has found that being open to learning about things she was ignorant or afraid of has helped her to truly listen and to broaden her understanding of the issues at hand.

“This book is my action,” Sullivan said. “Listening was my guide along the way.”

“Opioid Reckoning” links history to the present, explaining how past models of addiction treatment and attitudes regarding substance use have contributed to current views. Sullivan highlights the detrimental impact of criminalization, the war on drugs and the stigma around drug use that exists to this day. She is forthcoming about the changes she feels need to be made, such as widespread, equitable access to medical care as well as humility, community care and connection in treatment.

“Any reduction in harm is a step in the right direction,” Sullivan said.

The panel section of the event introduced two more speakers, advocate and mother Ann Perry and addiction medicine specialist Dr. Robert Levy, whose stories can be found in Sullivan’s book. Each of the panelists spoke on how opioid addiction has impacted their life and what they have learned from the experience. The panel was then opened to questions from the audience.

Both Perry’s son Spencer and Levy’s journeys with opioids started with prescription drugs, prescribed to them after suffering an injury. The path towards addiction from there, they both said, was easy. They spoke about the challenges in finding support and shared their struggles facing the stigma surrounding drug use.

Perry struggled with opening up to those around her due to stigma, and felt pressured to explain the addictive properties of opioids to others before opening up to them about her son’s battle with addiction, in order to avoid judgement.

“I felt I had to educate our friends before telling them what our son suffered from,” Perry said. “I don’t know any other disease that you do that for … it was subconsciously built into my mind.”

Levy spoke on his perspective from the medical community, particularly barriers to treatment and the lack of emphasis on mental health and its connection to addiction. When a person is finally ready for treatment, Levy said, he is often unable to get them in for weeks or months, at which point it is too late.

“The stigma in the medical field persists predominantly because the people that we see are people in active use,” Levy said. “We are seeing the worst phase of their illness.”

Despite the heavy topic of the book, Sullivan kept the conversation upbeat throughout the event, eliciting laughs from the audience during her speech and during the panel discussion.

She hopes that the book will serve as a resource for those without lived experience relating to overdose, and is excited to see initiatives related to substance abuse in marginalized communities appearing, mainly from people who have experienced addiction trying to assist those who are still struggling.

“I hope [this book] can get into medical schools, into social work programs … into places where there are people who could use some stories to help them feel a little more empathy and connection with their fellow human beings,” Sullivan said.