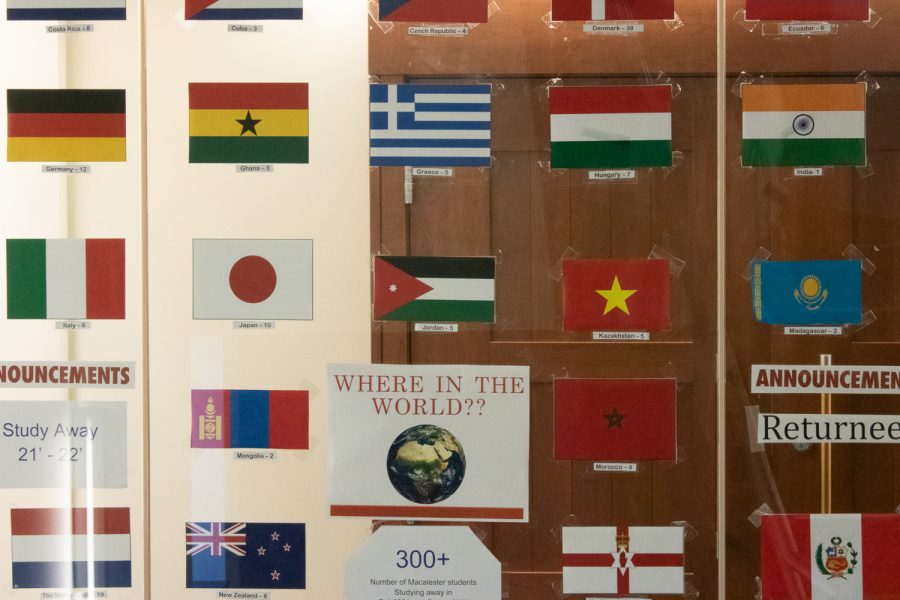 Macalester college prides itself on internationalism, with study away programs playing a key role. The COVID-19 pandemic has drastically changed possibilities for international education over the past two years. Many current juniors and seniors have delayed or canceled their study away plans due to COVID-19.

Kevin Morrison, Macalester’s director of study away, noted that the Department for Study Away considered foreign governments’ responses to the virus and students’ potential for exposure while approving programs for this year. Many countries chose to close borders to U.S. travelers, whether because the situation in those countries was unsafe or because host countries were attempting to protect their own populations from infected travelers.

Some students “aged out” of the system before they could study abroad. Of the original 390 students who were approved to study away for the 2020-2021 school year, 75 chose to reapply for this fall or spring. Of this year’s 279 approved students, 123 canceled, including many students who had delayed from the previous year. The 196 students participating in study abroad is far below average. Morrison attributes these low rates to the pandemic’s inciting or exacerbating concerns over health, mental wellbeing and financial pressures.

John Pflaster ’22, a sociology and Chinese double major, was originally going to study abroad in Beijing, China. The Chinese department waived its study abroad requirement, but Pflaster was disappointed at the loss of opportunity for language immersion.

“I was originally in denial, thinking, ‘Oh, in the fall it will be different,’ and that didn’t happen,” Pflaster said. “I was frustrated, and since then I’ve been trying to find other ways to study abroad.”

Many of the Chinese programs have been closed to Americans due to more stringent regulations after the pandemic, so Pflaster has been applying for programs in Taiwan. He cited that prices have gone up due to COVID-19, making the experience much harder.

Some students decided not to study away because they missed being on campus after a year of remote learning. Others simply found no place in their academic schedules after the chaos of the past year and a half.

Louise Colwell ’22, an international studies and Japanese double major, planned to study in Nagoya, Japan before the program was canceled due to the coronavirus. Colwell would have had to take two capstones in one semester to manage a study away experience, and Japan is not currently issuing visas.

“I feel like a fraud in my major because I’ve never even been to the country after studying the language for four years,” Colwell said.

Ahmad Samatar, chair of the international studies department, lamented the loss of study away experience.

“We were all disappointed that these opportunities could not be achieved … That great experience of learning and living in another part of the world was lost,” Samatar said.

Many students who are able to go abroad will have a different experience than they had originally planned. Some programs have altered their housing situations, planned excursions or length.

Faculty and students alike believe that upperclassmen will find a way to make up for the missed experience and find ways to broaden their worldview. A few students participated in domestic study away programs or participated in the Critical Language Scholarship (a state department-funded summer language program) online. Samatar emphasized the opportunities for intercultural interactions on campus and the variety of international courses offered in his department. Students may also find various ways to study abroad after graduation. Colwell has found a program for teaching English in Japan in attempts to make up for the missed study away opportunities of the pandemic.

“Study away is an important ingredient for a good education … this is a dent in students’ education, but students will recoup,” Samatar said. “In the end, it’s good news that we had no COVID-related casualties in the college, and that the students are here and engaged now.”