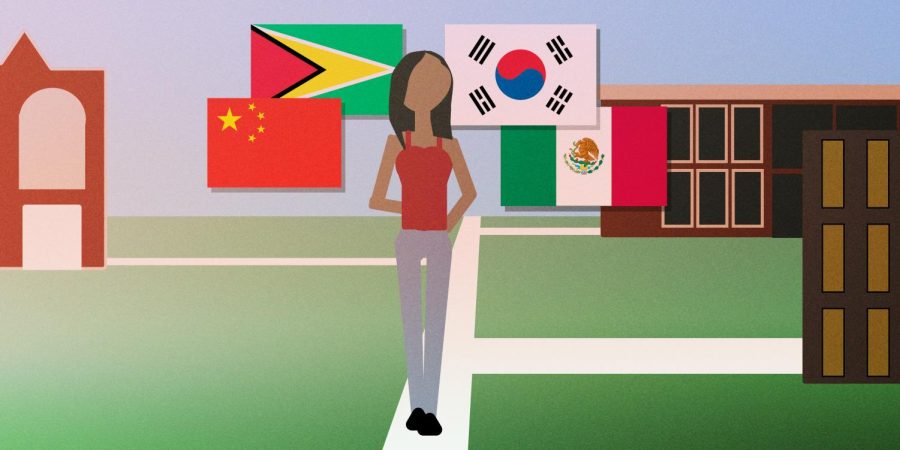 Macalester offers many cultural organizations on campus, most of which are student-led, with the goal of offering safe places for students of different backgrounds to connect with others. Cultural organizations can be beneficial, allowing students to feel more comfortable at school and find others with similar experiences. These organizations are largely based on one race or ethnicity, but what happens when someone identifies as multiple different races and ethnicities? For students facing this challenge, there is the Multiracial Identity Collective.

The Multiracial Identity Collective is a student-driven collective that allows multiracial students to openly speak about their experiences as a multiracial individual. The collective meets every other Sunday, and discusses topics like childhood experiences, relationships and living as a mixed race student on a college campus.

Priya Baumann ’22 identifies as half Guyanese (of Indian descent) and half white. When she transferred to Macalester her second year of college, she was excited to join the Mixed Race Collective, one of the identity collectives that stem from the Department of Multicultural Life.  But Baumann said that she was disappointed to learn that the collective lacked leadership.

“When I actually got here, I found out the collective was actually a ‘ghost’ collective —aka, no one was running it or participating in it.” Baumann wrote in an email to The Mac Weekly.

Baumann started the Multiracial Identity Collective in spring 2020 with the help of Inge Pham-Swann ’22.

“I grew up in a very white space, and coming to a PWI as a mixed person, it’s really easy to be categorized as one group or another,” Baumann wrote. “I knew a space to connect and meet other people with similar identities was really important to me and probably others like me.”

The Multiracial Identity Collective  acts as a place of comfort for mixed race students.

“It’s nice to have a space where I am completely at ease, and I don’t have to explain myself,” member Lena Pak ’25 said. “I also hope to learn more about other mixed people and their experiences.”

For many students, the Multiracial Identity Collective has presented  opportunities for them to meet other mixed race students when they never had that opportunity before. Students come to Macalester with a variety of different backgrounds and experiences, and having a space for mixed race students can allow them to find a sense of identity.

Tyler Sanchez ’24 identifies as half Mexican and half white. Being a part of the Multiracial Identity Collective has allowed him to relate to other students and bond over shared perspectives.

“I did not have any mixed friends in high school, so to hear people go through similar experiences is really nice because people say things that I have not even comprehended because it was buried underneath my consciousness,” Sanchez said.

For mixed race people, their race is not always easily identifiable from the outside. Having to navigate both their own true identities and how others perceive them can be confusing.

“You can identify as something different than what people see and treat you as,” Pak said.

A challenge that many mixed race students find themselves facing is the struggle of “imposter syndrome,” or an internalized fear of being exposed as a fraud in certain situations. Rather than feeling a sense of belonging to multiple different cultures, often, they feel like they don’t fully belong to any one cultural group.

Ryan Cotter ’24 voiced her experience with this. Being half white and half Chinese, Cotter didn’t know if she would be accepted in spaces for people of color.

“I have a little bit of discomfort looking the way I do and claiming to be a POC,” Cotter said.

Pak had similar experiences, and she was excited to see a multiracial collective on Macalester’s campus for this reason. Pak, half Korean-Japanese and half white, found it hard to go to Asian identity collectives in high school.

“Some of the things I can identify with but not all of them,” Pak said. “And also I don’t want to be taking up space, in a place for all Asian people. To not have an identity collective doesn’t feel great, so I was very excited to have a collective specifically for mixed race people.”

The Multiracial Identity Collective allows students to connect over their similarities and differences in how they have experienced being mixed race.