In the Works: Alex Thomas ‘22 on equity and sustainability in architecture 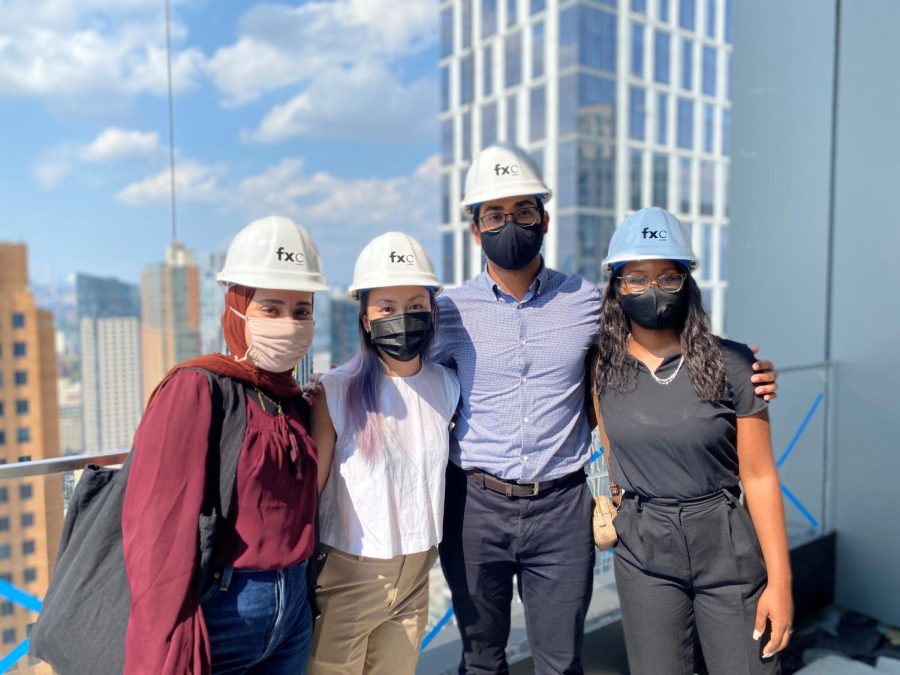 Alexander Thomas ’22 is pursuing a double major in studio art and environmental studies with an emphasis in sustainable design. Thomas believes in the power of art and architecture to affect social change and has worked with organizations across the country to further causes of equity and sustainability through design. He was recently awarded the Joy of Giving Something Fellowship. As part of his honors thesis and the fellowship, he is designing a community project that explores the effects of redlining, highways and other racist planning policies on neighborhoods of color in the Twin Cities. The following is part of an interview The Mac Weekly conducted with Thomas.

This transcript has been slightly edited and revised for clarity.

The Mac Weekly [TMW]: What is the key focus/argument/motivating factor of your work?

Alex Thomas [AT]: A lot of what I put my energy and emotion toward are these larger goals of equity and sustainability in various forms ranging from race, gender, or even development. Growing up in a developing country, there are larger socioeconomic inequalities that I’m hoping my work can contribute toward alleviating. All those considerations help lead to issues of sustainability as well. It’s not possible to have an equitable society where some communities are using way more resources than they need to, or where a few people are responsible for massive externalities that affect the poorest and most vulnerable amongst us. I’m hoping to use architecture and design as a way to effect some change within that.

TMW: Have you found any major trends in your field/work?

AT: I developed an interest in architecture through art and through other creative modes of expression. I try not to think of architecture just from a technical or functional perspective. I think I value the artistic component of a space because that’s what makes architecture more than just a building — something that speaks to you visually, experientially, and emotionally.

But beyond that, I’m always considering how it’s going to affect someone and the work that I do is going to impact the community I’m in. Over the summer, I was working on a big commercial project in Manhattan. Although the work was interesting and challenging, and the people that I worked with were amazing, I didn’t really feel like I was making a positive impact around me. Sure, I was motivated by the people around me and I was able to learn new things, but they weren’t in service of that larger social sensibility that I want to have.

In sharp contrast to that was when I had the opportunity to work on an affordable housing project in St. Paul. When I was visiting the site there, my heartstrings pulled and I thought to myself “Oh, yeah, this is what I want to do with the rest of my life.”

There’s something fulfilling about seeing where families can raise their children versus where corporations would set up their businesses. So, in a lot of the things that I do, I’m always thinking about my positionality as an aspiring architect, because architects and urban planners have an immense responsibility in the world that they create. For better or for worse they can really make or break a community, and historically, it’s been a lot of breaking, especially in the Twin Cities around neighborhoods like Rondo that were split by the I-94 freeway.

There’s a lot of historical reflection that has to be done and the recognition that architects and planners haven’t always done the most altruistic work. They’ve often catered to the richest and the most influential, and that’s not the best for everyone.

TMW: What is the most interesting discovery/realization that you’ve had so far about your work?

AT: I’ve realized how complex the design process of a building or a community is, and how many different people and factors go into determining what spaces look like. Sure, architects and urban planners have a huge say in what’s going to happen, but there’s natural, economic, cultural and social considerations that are challenging to predict, like how people are going to socialize or work in a space. But in all of that complexity, there is a certain harmony in how things work out.

Even though it seems like designers have a lot of agency of their own, your work is very determined and defined by the people and the spaces around you. It requires you to be able to actively listen and empathize with everything around you to figure out what a space needs and what people need. I learn that in different ways every day, but I think that’s the crux of it.

TMW: Where do you think this work could go in the next five years? What are some future avenues for this work?

AT: As a field, I think people are trying to get more and more conscious about issues of equity. And sure, part of that may just be corporate virtue signaling, but it’s been just a growing awareness of everything else that’s going on around us. I think designers of any sort need to be reflective of what’s happening around them, whether it’s politically or economically or even from a public health perspective — recognizing that there are other things that are changing about the world and that design isn’t the only thing that’s responding to issues of equity more recently. I feel there’s a stronger focus on making sure that communities are a lot more livable.

Recently, and more locally there’s a project called ‘Reconnect Rondo’ that’s seeking to rectify the issues that were caused by the highway. I feel that projects along those lines that contribute to a growing awareness would do a lot to move us in the right direction. And the same applies to climate issues as well. We have an incredibly long way to go, but we’re making small incremental steps. And sure, it’d be nicer if we did that at a faster pace, but that’s where I see it going.

AT: One of the most challenging things about any sort of creative work is that eventually, you hit a creative block or this period of time where you don’t feel as motivated to do what you want to do. These are hurdles. If you’ve been working on something for an incredibly long time or there’s a bunch of bureaucracy getting in your way or there’s just something that makes you feel like the amount of work that you’ve put in isn’t reflecting in what’s coming out of it — I think that’s the hardest part for me about design.

During those times, a lot of what helps me is taking a little bit of a break from it and doing other things that I care about. Taking care of my plants, or going on a bike ride or cooking. And having moments like that, that can reframe my time and my energy. If I spent 12 hours a day on a computer doing something, versus if I spend a part of those hours cooking, cleaning or reading, that helps me take a mental break from everything and look at things with a cleaner slate. It also makes me realize that there are other things happening and it’s okay if not everything goes according to plan. In addition to that, just talking with people. Not necessarily about the project, not necessarily about what I’m working on, but about just anything that helps me get back my energy.

TMW: Is there something you wish you knew before getting started?

AT: I wish I had some more guidance on how to do it, as opposed to having to figure it all out on my own. Nobody else in my family has taken a similar route to exactly what I’m doing. I think that ties into the sort of the BIPOC experience where these paths aren’t really laid out for us.

So, it takes a lot of independent work and a lot of self-determination to actually do that. But at the same time, I’m glad I had to do all the work by myself because it made me realize everything that I could do and the few things that I wanted to do. I don’t regret anything about how I arrived at where I am because I think now I have a much stronger motivation for why I want to do certain things.

TMW:  Finally, if you could manifest one wish or vision about your work, what would it be?

AT: I’d wish that there was more funding for affordable projects because one of the biggest barriers creatively is that when there’s not a big budget, you’re often limited in how you can design dignified spaces. That also means that the work isn’t the most financially rewarding. So I just wish there were more people with money who cared about making spaces more affordable and livable for people and putting their money forward into communities that need it, the Black and Brown communities that need them the most.