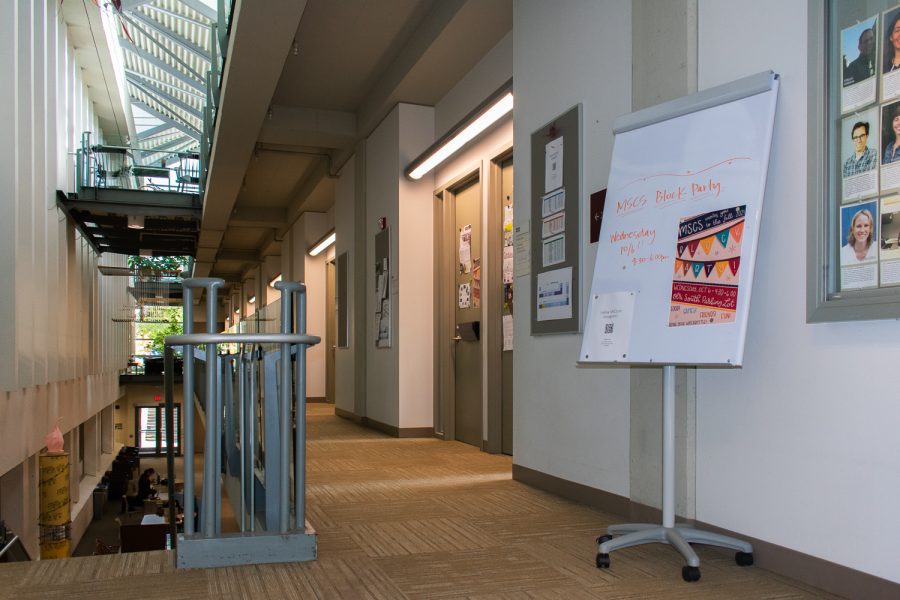 This semester, Macalester’s Mathematics, Statistics, and Computer Science (MSCS) Department is implementing broad curriculum changes that have been in the works for almost three years. These changes are headlined by the addition of two new majors: statistics and data science, which students can declare beginning this semester. This takes the total tally of majors in the department up to four, including the two already-existing majors in math and computer science.

Within the math major, there were two possible tracks: mathematics, which centered around a more theoretical approach, and applied mathematics and statistics, which drew from both math and statistics courses and was geared toward applications across other disciplines.

The minor structure remains unchanged, with math, statistics, computer science, and data science still offered. Some major and minor combinations will be prohibited due to the overlapping nature of the courses currently being offered.

The department started considering these changes in 2018, and has conducted a thorough process involving administrators, faculty, alumni and students to figure out how to best update the curriculum. Dr. David Shuman, who is an associate professor in the MSCS department, had a leading role in these changes.

“We felt like it was time to change something,” Shuman said. “We started thinking about change, and that happens slowly.”

After many meetings within the department in 2019 and 2020, they settled on the current plan and submitted it to the provost and the Education Policy and Governance Committee (EPAG). Then, in early 2021, all of Macalester’s faculty voted on the change, with unanimous approval.

The department made this decision for three primary reasons. First, they felt that restructuring the majors would better reflect the structure of the curriculum.

The new data science major has already garnered interest among students, with many seeing it as the ideal mix between computer science and statistics courses.

Sarah Choi ’24 is a sophomore considering a data science or computer science major.

“I am excited about taking classes specific to data science,” she said.

The growing popularity of data science was one of the driving factors behind the curricular change.

“We had a lot of students asking for a data science major and clearer direction on which classes to take,” Shuman said.

In response, the department added three new data science courses that are required for the new major, in addition to several existing statistics and math courses. These courses not only teach the fundamentals of data science, but also seek to impart students with liberal arts skills unique to Macalester.

“That’s where our students will really shine when they go out in the world and do data science,” Shuman said. “They’ll learn the basic data science technical part, but I think what will really differentiate them is their liberal arts background, being able to ask the right questions and more of the qualitative parts of the work.”

Choi is currently unsure if she wants to pursue a data science major because she cannot pursue any other majors in the department and could only get a math minor.

“It seems like it would strengthen the major if we could supplement it with a statistics or computer science minor, but overall I feel like the changes are positive,” Choi said.

“Data science is already a mixture of computer science and statistics, so there’s too much overlap,” Shuman said, though he noted that the department would consider lifting some of these restrictions going forward depending on student interest and course availability.

Despite these restrictions, Shuman believes that the overlapping nature of the courses is something that distinguishes Macalester from other institutions and ultimately helps students, especially when deciding their major. Out of Macalester’s 40 peer institutions — colleges similar in size to Macalester that the school looks at for research purposes — Macalester is the only one that still has one joint department for math, statistics, and computer science. This allows students to take broad courses in their first two years, then start to take more specific courses as they figure out their interests.

Shuman believes that the department will be improved by these changes.

“Even though it seems like a big change, none of the courses really changed,” Shuman said. “There’s still enough overlap to take a mix of courses so you can see what you like.”