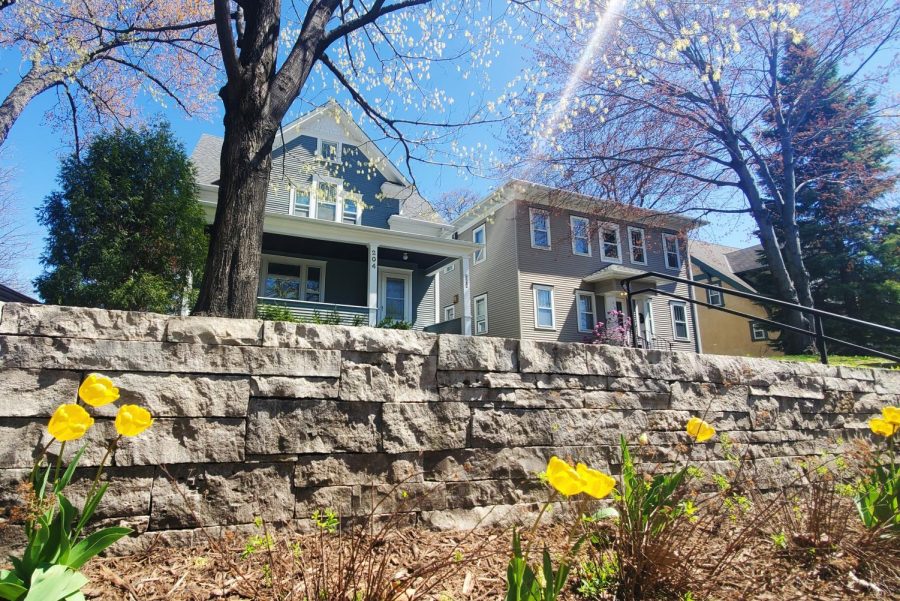 In March of 2021, Macalester’s Portuguese program announced that it will have a language house, an alternative housing option provided by the College which promotes immersion in a foreign language, starting in the 2021-2022 school year. The Portuguese House, which will be located at 204 Vernon Street, will house four Portuguese students this coming fall.

The application form for students living in the Portuguese House first appeared in the Mac Daily alongside the same forms for the Cultural House, the Eco House as well as the other language houses and special interest communities.

Other Portuguese students feel similarly. They were a major part of establishing the house by signing petitions, writing letters and submitting a formal proposal to the administration advocating for the house’s establishment in 2019.

“The more that we pushed for these things, the administration saw that every year it was a different group of students within the program bringing up the same issues and the same desires,” Mandy Ortiz ’21 said.

“[The Portuguese program] is a distinctive advantage of Macalester,” Ortiz-Diaz said. Brazil has one of the biggest economies in the world, so learning Portuguese is already very helpful career wise.”

Portuguese student Franco Salinas Meza ’22 plans to use Portuguese in just this way. An economics major, Salinas hopes that studying Portuguese will open doors to Portuguese-speaking countries and allow him to network with Portuguese speakers on a global scale.

“I think that getting to know many languages allows you to create more partnerships and network better with people around the world,” Salinas Meza said.

Linguistics major Lily Jenssen ’21 was also drawn to Portuguese because of its connection to her studies. Jenssen has lived in both the Spanish and Chinese houses during her time at Macalester and feels that having a Portuguese House would be beneficial to learning the language.

“Portuguese was one of the languages at Mac that had a pretty decent department but didn’t have a house yet,” Jenssen said. “I felt strongly that Macalester should have a Portuguese House. It’s so cool that in my senior year we were finally able to get one.”

Language houses are a staple for second language learners at Macalester, providing students the opportunity to fully immerse themselves in the language, develop a sense of community and enhance conversational skills before they study away. They also serve as a space for language departments to host events and for students to gather and practice their skills.

“I really wish that I had the Portuguese House my four years at Mac, I would definitely have lived there,” Bauer said. “It would have been a great immersion experience and have made me feel really confident before going abroad.”

In past years, the Portuguese students have had to find different spots on campus to meet for events, and in some cases have used the Spanish House as a space to host activities. They have never really had a place of their own until now.

“We are now going to have a space for the Portuguese program, a place to organize events, to bring native speakers to talk to the community and organize cooking sessions and other activities,” Ortiz-Diaz said. “It will be a space completely dedicated to us.”

The establishment of the house is part of a long list of student achievements within the Portuguese program. The program at Macalester has been growing rapidly since it was first established, with the creation of the Portuguese minor in the 2018-2019 school year. In its short existence, Macalester’s Portuguese students have received Fulbright scholarships and Watson Fellowships.

“Because it is so small, everyone who enters the program became automatic activists,” Ortiz said. “[Spanish and Portuguese Instructor Fernanda Bartolomei-Merlin] and Ernesto really create families within these classrooms, so once you were there you automatically cared about the program, and you wanted what was best for the program.”

Due to the small size of the Portuguese program, the sense of community is significant. The students and professors are closely bonded, and those involved in the program have developed a tight-knit group.

“I sent the email letting them know about the approval of the Portuguese House to current students and alumni,” Ortiz-Diaz said. “We received so many emails from alumni telling us that they were beyond happy for the current and future students who are going to be seeing the benefits of having a Portuguese language house.”