Scots get shots: MN vaccine eligibility open to all residents 16 and over 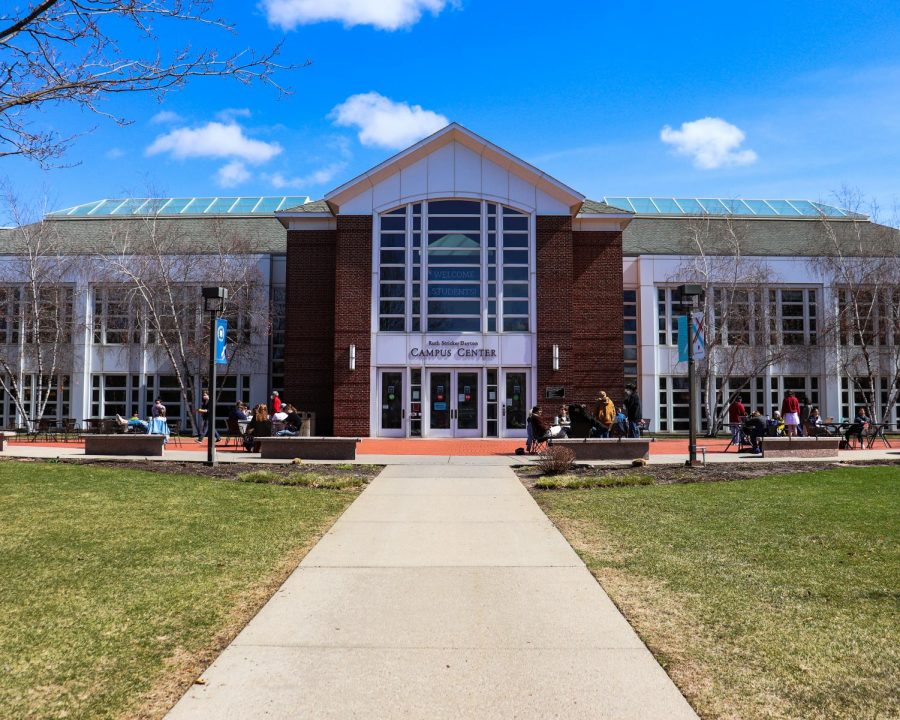 On Tuesday, March 30, all Minnesotans became eligible for the COVID-19 vaccine. Now, just over a week later, 1.87 million Minnesotans have received at least one dose of the vaccine — 33.6% of the state’s total population.

According to Macalester’s COVID-19 dashboard, 859 members of the campus community have received at least one dose of the vaccine  — 534 students and 325 employees as of Friday, April 9. With vaccines now widely available to the general public in Minnesota, Macalester’s Infectious Disease Task Force is urging community members to get vaccinated as soon as they can.

Macalester President Suzanne Rivera has been in touch with the Minnesota Department of Health to try and establish the campus as a vaccination site for the campus community and surrounding neighborhood. But according to Steph Walters, Co-Chair of the Infectious Disease Task Force and Director of the Hamre Center for Health and Wellness, Rivera and the Task Force have yet to turn their hopes for an on-campus vaccination clinic into reality.

Walters said she was disappointed that Minnesota has not prioritized distributing vaccines to colleges across the state.

“The Hamre Center staff is preparing logistics and protocols to make distribution possible if vaccine doses are allocated to the college,” Walters wrote in an email to The Mac Weekly.

Some states such as California, Wisconsin and West Virginia have placed higher education faculty and staff in specific tiers of their vaccination plans, putting them at a higher priority than the general public.

Because Minnesota isn’t one of those states, Macalester students, faculty and staff for now have to look elsewhere to get their shots. The Hamre Center has urged the campus community to register for the Minnesota Vaccine Connector, and use the Minnesota Vaccine Locator Map and the CDC VaccineFinder to find appointments.

Although all Minnesotans are now eligible for a COVID-19 vaccination, supply remains lower than demand and appointments in the Twin Cities metro area continue to be sparse. Many across Minnesota, including Macalester students, are struggling to secure an appointment, or travelling long distances to get their shots. Transportation to and from appointments in particular has posed a challenge for students without access to a car.

Kori Suzuki ’21* spent the days following Minnesota’s eligibility announcement frantically searching for an appointment. He is hoping to take a work trip out of state this summer, which would require him to be fully vaccinated before travelling.

After days of searching for an appointment in the Twin Cities in vain, he booked an appointment at a Walgreens in Duluth, over 130 miles away from campus. He doesn’t have a car, so he bought a 5:30 a.m. bus ticket to get to his appointment.

Suzuki ended up having to cancel his vaccine trip up north — he came down with flu-like symptoms days before his appointment.

“It would have been a pretty big hike to get all the way up there, but I feel like that was, at least based on the work I was doing trying to find one, the only way to get something confirmed,” Suzuki said.

Fortunately for him, he received a negative COVID-19 test on Tuesday and was able to reschedule his vaccine appointment at a clinic closer to home. But his experience speaks to the scramble to find appointments that many Minnesotans, Macalester students included, are facing right now.

Like Suzuki, Zinnia Schwartz ’22 doesn’t have a car on campus. So when she secured an appointment in Mankato, an hour and a half drive from St. Paul, she was excited, but also concerned. She did not feel comfortable taking public transportation, so she had to ask someone else to drive her.

“Everything that could have gone wrong with the transportation went wrong,” Schwartz said. “I thought I had someone and then they bailed last minute.”

She ended up having to cancel the Mankato appointment, but she was able to schedule a nearby appointment and received her first dose this past Monday.

Other students haven’t been so lucky. Anna Sene ’24 still hasn’t been able to book an appointment. She found one 45 minutes away from Macalester’s campus through M Health Fairview, but was unable to book it because she could not secure transportation. Ciara Moore ’21 has yet to find an appointment at all, and because she doesn’t have a car, she anticipates she’ll have to “Uber pretty far” when she is eventually able to secure one.

Still, the number of vaccine doses administered increases every week and more appointments will become available in the coming weeks. The state and federal governments will unveil a new mass vaccination site at the Minnesota state fairgrounds on April 14, and will receive 168,000 doses of the Pfizer and Johnson & Johnson vaccine: enough to vaccinate 100,000 people. The site targets residents who live in zip codes that rank higher on the Center for Disease Control’s Social Vulnerability Index which measures factors like poverty and unemployment.

The grounds are accessible via transit from campus on the A line bus, but students living on campus aren’t currently eligible — the zip code 55105, where campus is located, isn’t currently targeted by the site. Those living off-campus in the nearby zip code 55104 are eligible, however.

Although more Macalester community members are getting vaccinated, Walters said that the Infectious Disease Task Force is not considering changing the Mac Stays Safer community guidelines for the time being. She mentioned the fact that COVID-19 is still spreading widely in the Twin Cities area and that vaccinated people are not fully protected against the virus until two weeks after their final dose.

“Individual immunization does not mean that our responsibility towards keeping others safer disappears,” Walters wrote. “Such changes would be premature.”

Although a small but growing number of schools have announced that they plan to require returning students to get the COVID-19 vaccination before the beginning of fall semester, Macalester isn’t one of them yet.

“At this time, we are considering the impacts that such requirements would have for the overall health and safety of our community next fall,” Vice Provost and Director of COVID Operations Paul Overvoorde wrote in an email to The Mac Weekly.

On March 31, President Rivera announced that the school plans to reopen in the fall with regular occupancy in the residence halls and in-person instruction for most classes. For students, the opportunity for more in-person courses and activities brings the tentative promise of a somewhat normal fall semester relative to this past year.

“I struggle with anxiety, and so being on Zoom all the time isn’t 100% the best case scenario for me,” Schwarz said. “[Getting vaccinated] feels like a step closer towards being able to go back to a more comfortable environment.”

*Kori Suzuki is the media editor of The Mac Weekly.