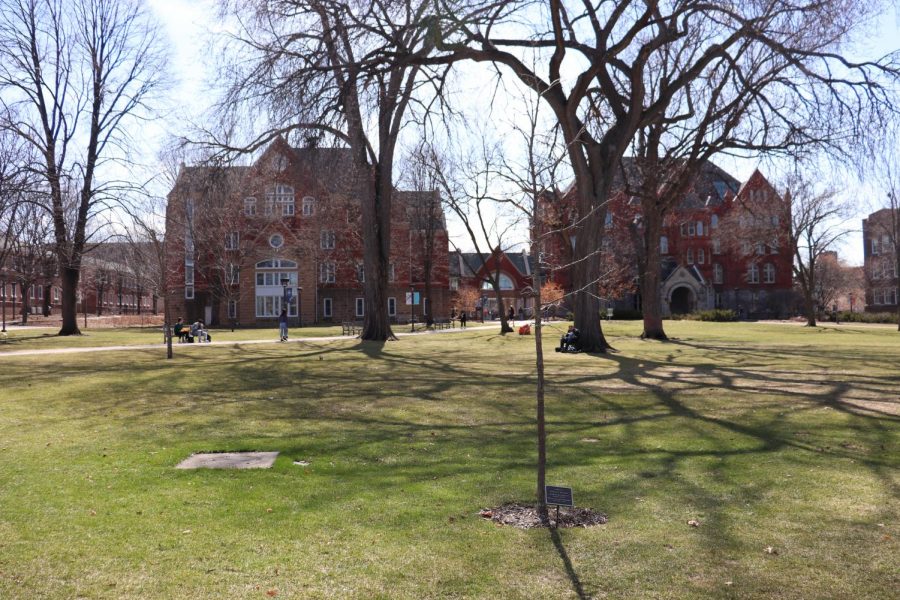 In this year’s admissions cycle, 9,049 students applied for a spot in Macalester’s class of 2025, an increase of 42% from the past year.

The massive surge of applicants comes after Macalester adopted a test-optional policy, offered an early action deadline and eliminated the $40 application fee for all students. Although implemented during the COVID-19 pandemic, these measures are the result of years of consultation with Macalester community members.

“Our intention was always to move to test-optional admissions on a permanent basis,” Vice President for Admissions and Financial Aid Jeff Allen said. “We came to realize that we felt very strongly that we could make sound admission decisions without requiring test scores from applicants.”

This year, 46% of admitted applicants did not present their standardized test scores.

“We came to discover that among Midwest peer liberal arts colleges, Macalester was one of very few that still had an application fee requirement,” Allen said. “We felt strongly that that, again, was a good decision to eliminate a barrier in the admissions process.”

Before this year, Macalester has had no early action application round. The early application deadline allows prospective first-years to find out whether they are admitted to their school months earlier than the regular decision deadline, and is not a binding agreement.

“We wanted to be able to position ourselves to be able to admit students in December, as opposed to in mid-March or late March, and give those students and families additional time to consider Macalester,” Allen said.

The new policies increased applicants from all demographic groups, resulting in a total of around 2,500 more applicants than last year.

Admitted students come from all 50 states, in addition to D.C., Guam, Puerto Rico and 97 countries.

“I do think much of it can be attributed to those three decisions that we made last spring in advance of this cycle,” Allen continued.

While the admissions office did expect an increase in applications, they did not expect a 42% growth. Admissions still reviewed each application in-depth as they normally would and admitted 31% of students.

“Credit to the admissions and financial aid team,” Allen said.

Due to their hard work, Macalester was still able to finalize its decisions by their planned decision release date, March 31. Allen is eager to greet new students in the fall and hopes others are as well.

“Like Macalester students now, they’ve been through ‘the best of times, the worst of times,’” Allen said. “But they have incredible gifts to offer us, and I’m excited to welcome them.”