In the Works: Dr. Morgan Jerald talks media stereotypes of Black women, definitive decisions and the impact of research 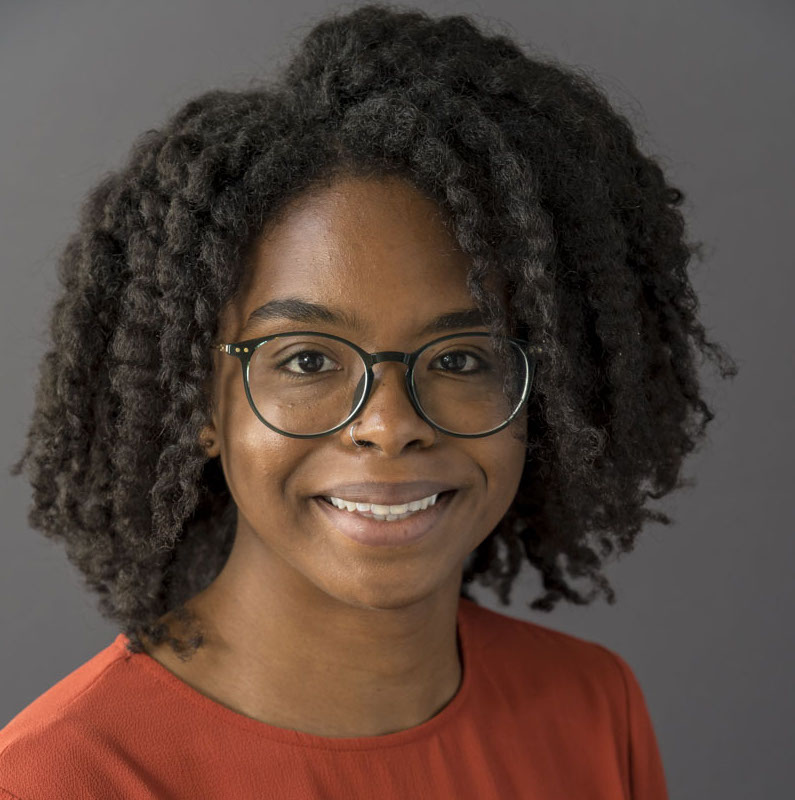 Dr. Morgan C. Jerald is an assistant professor in the Department of Psychology at Macalester College. Framed by Black feminist scholarship, Jerald’s work investigates sociocultural factors — such as the media and group stereotypes — that influence young Black women’s beliefs about gender as well as their health and well-being. The following is part of an interview that was conducted with Dr. Jerald. The transcript has been slightly edited and revised for clarity.

TMW: What is the key focus of your work?

Morgan Jerald: Generally, I’m interested in race, gender, sexuality, relationships and stereotyping. So, one line of my work is interested in how people learn about race and gender and racialized gendered stereotypes. I focus on the media — more traditional forms, television or movies and also social media. I predominantly focus on how Black teenagers and young adults learn about race and gender and stereotypes from the media, but I’m also interested, in general, in how people learn about these things from the media.

My second line of research is more interested in what happens when people become aware of these stereotypes of their group. So if you’re aware that people might view your group negatively, [can] that negatively affect your physical health, mental health or sexual health?

TMW: Can you summarise any major trends you have found within your research in one minute?

MJ: Generally, most media contribute fairly negatively to the way that people learn about race and gender. So, a lot of the representations of different groups we find in the media are very stereotypical. Across the board, no matter what kind of media, the more people are exposed to and engage with that kind of media, the more likely they are to endorse negative or stereotypical ideas about certain marginalized groups based on their race and gender. But I’ll also say that there [are] perhaps some forms of social media that we found that might allow people to create alternative images. Media does provide a way for people to kind of create their own images that might go against stereotyping.

TMW: What are some main motivations for you to engage in this work?

MJ: It’s just something that I’m super interested in. I think that young people are obviously engaging in media quite a bit, spending a lot of their time on media, and it’s really important to me to understand how that might be influencing or impacting certain areas of their life. Particularly when we think about research on people of color, a lot of what we know about stereotyping is based on white people. You might have noticed in your other psychology classes that a lot of our samples are mostly made up of white participants because that’s what most psychology researchers have access to. A lot of what we know is, well, how do white people endorse stereotypes? Do they believe these stereotypes? What do they do with these stereotypes?

A lot of my research wants to understand what is the experience of the person that’s actually being stereotyped. Even though it might be a little harder to recruit them, I think it’s important to know [their experiences]. So I really wanted to center voices and research that we might not hear from as much.

TMW: Where do you see this work in the next five years?

MJ: I think I can better answer for myself [than for the entire field]. I hope that people continue to understand people’s experiences and certain psychological outcomes from an intersectional perspective. For example, in my research, I do a pretty good job of accounting for race and gender most of the time; looking specifically at Black women a lot of the time. But I hope that I’m also really looking, more so in the future, at sexual orientation or class. Another common theme that you find in psych research is that we tend to have the most access to college students regardless of their race or gender. That’s true of my research. I’d like to kind of go beyond college students and do more community sampling.

I’d also like to do more literacy research. I’ve done one project where we worked with high school students to see if we could implement this intervention program on media literacy where we’re thinking — are there ways that we can intervene early on to teach kids how to be smarter consumers of the media? How [can young people] understand certain stereotypes and understand why they might not be accurate portrayals of certain groups? I’ve done one project, but I’d love to do more of that in the future. I think that’s a really cool direction for our field as well — taking a lot of the theoretical or basic knowledge that we have and understanding how to apply it to communities or in the real world to stop these media images that are stereotypes from having negative influences on health and well-being in the future.

MJ: Research is full of lows. If you want to do research, you have to be prepared to be disappointed all the time. I’ll give an example. When you go to grad school for Ph.D., your culminating project is your dissertation project and I’d had this experiment I wanted to test as a part of my dissertation for quite a while. In my dissertation and in my current work, I was thinking a lot about negative stereotypes that exist of Black women being hyper-sexual and promiscuous and that certainly represents the ways that they’re sometimes portrayed in the media. I wanted to know what happens when Black women are aware that other people might think of their group that way and what kinds of effects that might have on their sexual health. So, I planned this great experiment for my dissertation. It was a real-world experiment because a lot of times I have people just do online experiments. For this one, we had them actually come into the lab and have behavioral outcomes. Anyway, it was really cool and I put a lot of energy into it and then nothing worked.

But that happens all the time with experiments. Every time I’ve put a lot of planning into something where it didn’t end up kind of working in the end, it’s just a good reminder for me that the research process is kind of slow and you can have some setbacks but that you just keep pushing forward is incremental in that way. I’ve redone that experiment using different outcomes and different stimuli and a different research design and had slightly better outcomes. So, even when you experience lows, there’s still a lot of stuff to learn and experience.

TMW: If there is one thing you knew before getting started, what would it be?

MJ: I experienced a lot of anxiety around having to make definitive decisions. That was true of me back when I was in college and it’s still true of me now. So, when I have to make a decision, I think it’s really going to determine a lot for me. For example, when I was writing my grad school applications, trying to decide what I am going to write as my research focus. In undergrad, I was super interested in body image attitudes and eating disorders and that’s what I ended up writing about in my grad school applications, but I wondered, “what if it’s not what I’m actually interested in? What if it’s just that I haven’t been exposed to the topic that I’m super interested in but then I’d have decided that my whole career path is going to be about body image and eating disorders.”

I guess my piece of advice is that nothing is as deterministic as that. My focus is a little different now, but I would say, take every opportunity to explore topics that you think might be interesting, that you think you might want to be researching and just start somewhere. It’s okay if you end up deciding to switch paths or do some other kind of research. That’s allowed.

TMW: Thank you. That’s really good advice. I can’t speak for everyone but I definitely also think in very definitive terms —  if I don’t study this, what will happen? What if I just haven’t found my interest in math? Why don’t I take up a 200-level math course and see if it works?

MJ: Yeah, that totally goes beyond just psychology in your research topic. It can go for your major choice and stuff. I think we’ve experienced a lot of anxiety around it, but you can always change.

MJ: One thing I’m thinking about right now is better ways to measure people’s media use. I use what’s called self-report measures which means I just ask people, “on average how many hours you spend on Instagram a week?” or something like that. That’s not super reliable because if you were to think to yourself, “how many hours do I spend on Instagram every week?” you might have some trouble estimating. It’s not super reliable. There are other ways to get media use by installing tracking devices on people so you can objectively measure how many hours they might be engaging. But that’s also not great because we know that people change their behavior when they know that behavior’s being observed.

Twitter just implemented a new way that academic researchers can use their data. So, kind of scrape their data and analyze different parts of Twitter data. There are also these new machine learning techniques where you can analyze people’s profiles or data. I think that’s going to be another cool direction for my research and for the field, trying to understand how to more accurately capture the way that people are exposed to media and the way that they use it.

TMW: If you could manifest one vision or wish about your work, what would it be?

MJ: That is a great question. I love that. My answer would be that I want my research to have an impact beyond just contributing to academic knowledge. I think there’s a way in which the research process and industry is really gatekeeping and it never reaches the people that we’re actually researching. I’ve spent much of my career examining Black women and it would really disappoint me if the Black women that I study were never seeing the effects of my research even in some kind of small way. Something I would want to manifest for my research is either doing more intervention programs where I’m actually reaching the people I’m studying, doing more community programs, doing more community samples but also being able to just do more workshops. Anything that would help my research have more of a real-world impact or contribute to certain policy write-ups.

TMW: And here’s hoping that this will manifest that.

MJ: I think it’s a really great note to end on. I love that.