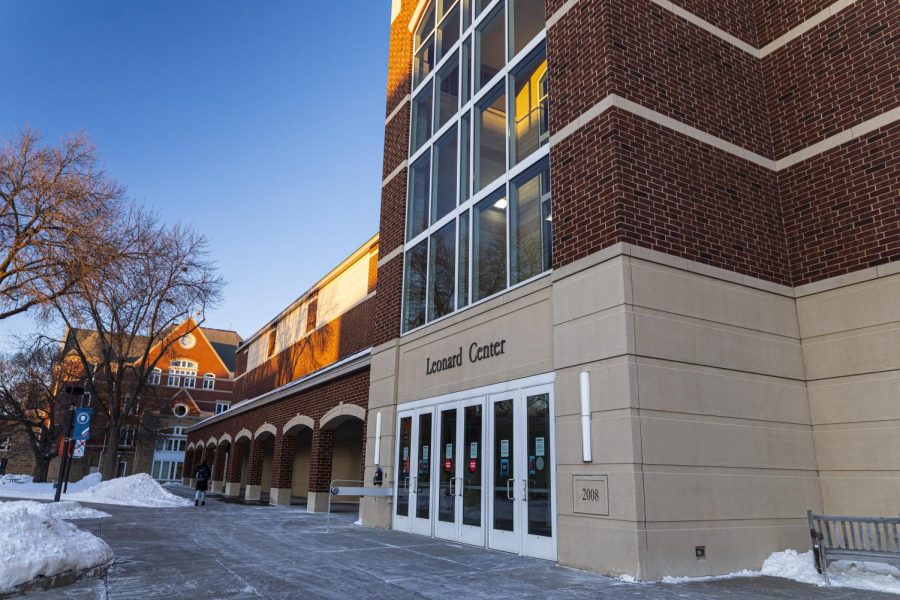 On Feb. 2, the Athletic Department posted an announcement that Head Volleyball Coach Sarah Graves ’04 has resigned and will “pursue opportunities outside of coaching.” A four-year starter and former assistant coach, she has been the Scots’ head coach since 2017. Her teams have posted a combined record of 21-60 with 0-33 in MIAC play and finished last in the MIAC for the past three seasons. She has also served on several committees within the athletic department including the Alumni Board Athletics Working Group at Macalester, which focuses on the relationship between student-athlete alumni and the athletic department.

The announcement comes almost a year after turmoil in March 2020, when two captains, Abby Dillon ’21 and Sofia Parmelee ’21 stepped away from the team after accusing Graves of creating a toxic environment in the volleyball program.

The move comes as the team is preparing for a possible, shortened March season. Traditionally, volleyball competes in the fall, but in July 2020 the season (and the rest of the MIAC’s fall schedule) was postponed because of the COVID-19 pandemic. The players are hoping and preparing for a three game season.

Captain Kendall Ford ’21 said, “There’s possibly going to be a season in March, I believe, but still no solid answers on that one.”

Former volleyball player Nikki Bennington ’19, who spent her last two years at Macalester playing under Graves, was surprised to hear the news.

For some, though, it was a welcome decision.

“My gut reaction is just pure happiness for those that are still there, and those who will be recruited into the program, [so] that they have a better experience,” Dillon said.

Parmelee agreed that Graves’ departure was a positive development for the team.

“It was good news,”she said. “That was something that was, obviously, a result that I was looking for when I first came forward to Donnie Brooks, and then [Vice President for Student Affairs] Donna [Lee], so different administrators about Sarah and how she was leading the team. But obviously it was a little bit later, but it was good news.”

For Graves, the decision came after a few months of thought and cost-benefit analysis before she opted to take a new position outside of coaching.

“I realized this new role was very expanding and energizing and would allow me to make a greater impact on the Twin Cities community,” Graves wrote in an email to The Mac Weekly. “It would allow me to more fully express my values and skills professionally. So once I had that realization, I took the offer.”

With a national search now underway for Graves’ replacement, the team is once again in the process of choosing a new coach. This is the second national search for a head volleyball coach in four years, when Graves was hired.

According to Bennington, Graves’ own hiring in 2017 was relatively straight-forward. As is often the procedure for athletic programs at Macalester, the players all shared their thoughts regarding who would fill their coaching role best. The team decided, fairly unanimously, that she would be a good candidate for the position.

As for Graves’ coaching capabilities, Bennington felt they were well-rounded.

“She came in with a lot of potential strategies prepared,” she said. “She used a lot of different tools. She always had an interesting drill [for us] and did a lot of team building and mental fitness exercises.”

Graves is excited about the future for the team, even if she won’t be there coaching them everyday.

“We will see a team in the fall that is cohesive, competitive, driving to win more matches with energy and care for each other,” Graves wrote. “The new head coach of Macalester VB has a wonderful foundation on which to build their own vision of this program moving forward. I’m excited to see what comes next. I’ll for sure be cheering them all on from the stands.”

“Luckily, we had an athletic department that was willing to create an environment where we could voice our concerns,” Ford said “And a lot of people did, and that helped a lot to move forward and create a better team, hopefully.”

Ford is optimistic that a new coach will continue building on the progress that has been made in the past year.

However, with Graves’ decision to step down coming well after players like Dillon, Parmelee and others publicly aired their issues, things still felt unresolved.

“I just wish I knew what it was [that caused her to step down],” she said. “Just because it wasn’t enough for Sofia and I to leave the program and to tear ourselves away from the people that we love and care about and the sport we love. But whatever it was that got her to leave now was enough…I wish there was more of an explanation.”

To Dillon, the timing of Graves’ resignation reminded her of why she felt unheard by the Athletic Department in the first place.

“It just seems a little over-the-top almost, with trying to cover whatever it was that happened,” she said. “It’s just, yeah, the Athletic Department’s inability to recognize the severity of the hurt they’ve caused as a result of this. And their insistence on just sweeping it under the rug is just hurtful, it sucks.”

Still, last year’s ordeal could provide a lesson for how to better handle future conflicts between coaches and students.

“I feel as though the program as a whole, and as a department, would be better if they did acknowledge these sorts of things,” Dillon said. “Because I’m positive that this wasn’t the only scenario in coaching history where a coach abused their power.”

Dillon said that when hostile team environments aren’t acknowledged by the Athletic Department when students bring concerns to them, it sends a message that players should not take a stand even when they are made very uncomfortable.

“Because when you do say something, and you do try and take a stance and leave a team and try to go through all the appropriate steps to communicate with people, it doesn’t pay off,” she added.

Parmelee also feels that she is not alone in her experiences with the Athletic Department, and hopes that anyone who has problems with their coach knows they can come forward too. She said that after last March, student athletes came up to her and offered words of support.

“A lot of other athletes from different sports were coming up to me after the article that Abe [Asher ’20] wrote basically being like, ‘I’m like, so sorry about your experience. And also, my coach is not that great,’” she said. “So I think, hopefully, there’s more awareness that if your coach is doing a bad job or if you are really unhappy with what’s going on, you have a place to say something.”

In a statement to The Mac Weekly, Brooks re-emphasized his statement made on the athletics’ website.

“We are sad to see Sarah leave Macalester, but excited for her next adventure,” Brooks wrote. “Since her arrival, she has found ways to serve the college as a student-athlete, assistant coach, recruiting coordinator, head coach and alumni board member. Departures also create opportunities. We are currently in the process of posting the position and forming the search committee. We hope to have a successful candidate in place prior to the end of the academic year.”