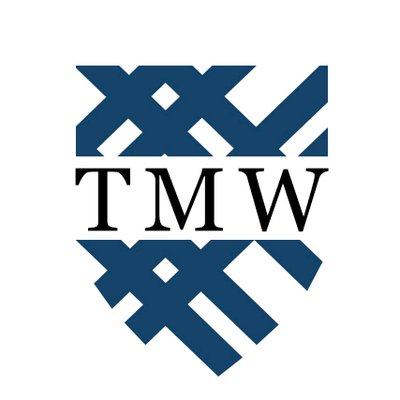 Please be advised, this article contains discussion of sexist and racist harassment.

The National Women’s Hockey League (NWHL) bubble should have wrapped up this weekend with the semifinals and finals broadcast live nationally for the first time ever on NBC Sports Network. Before the Isobel Cup could be won, however, concerns about COVID-19 ended the tournament early on Feb. 3. Prior to the abrupt ending, the tournament was well received and set records for the NWHL Twitch channel on Jan. 30. The most concerning part of the bubble, though, was the involvement of Barstool Sports.

If you’ve never heard of Barstool Sports, here’s a brief rundown. Today, it’s a controversial online media site. David Portnoy founded it in 2003 as a weekly newspaper. It garnered notoriety in the 2010s for its social media pages, where college students do dangerous, dumb and downright ridiculous things while wasted. Most troublingly, it’s known for a culture of harassment, sexism and racism.

There have been many scandals surrounding Barstool in recent years. Portnoy’s — and by extent, Barstool’s — method of dealing with scandal is unleashing his enormous following to harass reporters, league staff from various sports and fans. Often, those harassed are women, especially LGBTQ+ and Black women, who are rightfully calling out the prevalent sexism and racism perpetuated by Portnoy and his following.

Portnoy himself has been investigated by the National Labor Review Board for threatening to fire his unionizing workers on Twitter. Former Barstool employees, mostly women, have accused Portnoy of fostering and engaging in a culture of misogyny, harassment and toxicity.

Amid this recent and troubling historical backdrop, NWHL Metropolitan Riveters forwards Kelly Babstock and Rebecca Russo decided to appear on Barstool CEO Erika Nardini’s podcast, Token CEO. Nardini has advertised the 2021 season through the podcast and her social media accounts. Babstock and Russoappeared on Token CEO to help with the promotion of the tournament.

When reporters, athletes and NWHL fans spoke up about the problematic nature of a marketing alliance with Barstool, league sanctioned or not, Nardini compiled a video of their tweets. Both she and Portnoy posted the video and Barstool followers went after reporters, NWHL staff and fans — the majority of whom are young women.

Riveters rookie Saroya Tinker, one of the few Black players in the NWHL, tweeted “WE, as a league do not want support from ANY openly racist platform. Point blank,PERIOD. If you, as the CEO cannot recognize that your platform promotes that of white supremacy & only further divides the athletic community, perhaps we need have a conversation. Pls keep your money.” Her stand was amplified as journalists and her white teammates retweeted and added their support.

This amplification, however, also made it a focal point for Barstool and their supporters. Portnoy even posted a video to his Twitter account where he says Tinker should “be in jail” for her advocacy and tweets. Scroll down from Tinker’s tweet now and Barstool’s omnipresent harassers are everywhere, asking to see examples of the company’s racism, calling Tinker racist and harassing her for being a Black woman and an athlete.

This is far from the first time Tinker has spoken up. At the Riveters’ first game in the bubble, Tinker and a few of her teammates knelt during the national anthem. She’s also been a huge supporter of Black Girl Hockey Club (BGHC). Founded in 2018 by R. Renee Hess to unite Black women in the hockey community, BGHC offers educational resources on self-care and recently started a pledge campaign to disrupt racism on and off the ice. Tinker organized and promoted a GoFundMe campaign to raise $5,000 for the BGHC scholarship which will provide young Black women with the opportunity to play more hockey.

In an extremely white sport, Tinker is vocal about creating space in hockey for BIPOC players — especially women. She’s talked candidly about the lack of support she felt at Yale,where she played in college, and years of dealing with racist remarks and attitudes from opponents and spectators. Ultimately, according to the GoFundMe, she wants to “help educate, inspire and change the hockey community in order to make every arena a safe space for all.”

Meanwhile the response from the overwhelming majority of NWHL managers, teams and players has been lackluster. Commissioner Ty Tumminia released a statement which stopped short of condemning the tacit endorsement of Barstool from Babstock and Russo.

“There is no circumstance where it would be acceptable to call out many of the reporters, staff members and fans who have given so much to women’s hockey, especially knowing that these people could be targeted or harassed on social media,” Tumminia said to ESPN. “I’m concerned about the impact of the video and the aftermath of it on members of the NWHL family. Together, we will do everything we can to work through it with open communication and transparency.”

The Riveters director of hockey operations Gabrielle Gjelaj posted a statement on her Instagram in support of Barstool and Nardini. Babstock liked Nardini’s tweets about the situation and several of the replies.

Various Barstool-affiliated media outlets, podcasts and people have continued to post harassing videos directed at Tinker and women’s hockey in general. (I will not be linking them here). Barstool also created a merchandise line called “Barstool Women’s Hockey League” to capitalize on the media attention. True to their alt-right playbook, the company pivoted to sexist taunts and harassment, crass humor and victimhood.

Tinker, for her part, has continued to uplift voices of BIPOC hockey players and organizations, especially BGHC and Toronto Six player Mikayla Grant-Mentis. The NWHL’s lack of condemnation towards Barstool is telling. Despite the lip service to anti-racism through the summer and fall, Timminia and many other players were unwilling to follow through and vocally, explicitly support their BIPOC colleagues when it mattered. The NWHL needs to denounce Barstool, Nardini and Portnoy. More importantly, if they want to keep their progressive image, the NWHL needs to take concrete steps to dismantle and address racism in their community.