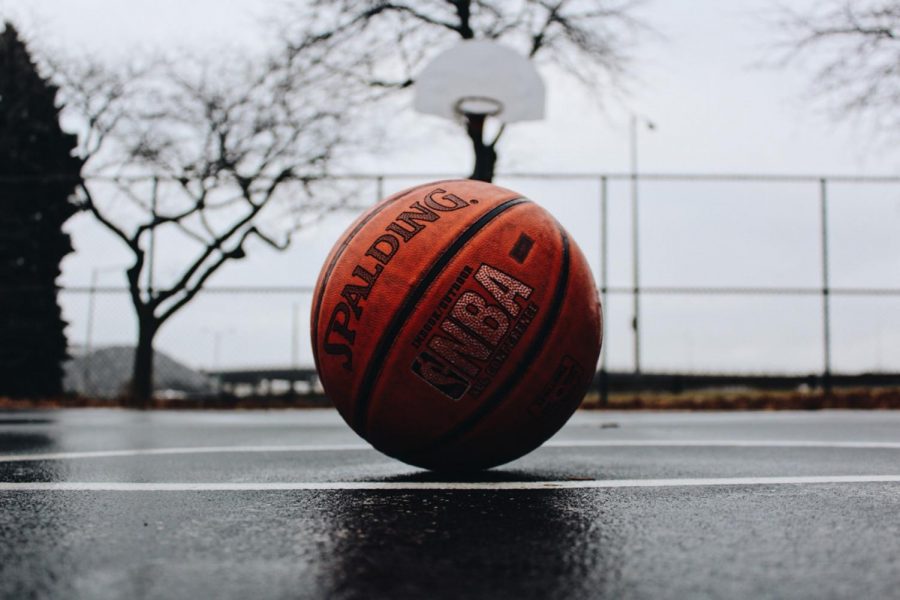 Just under a year ago the sports world was rocked when March Madness was cancelled, the Olympics postponed and almost every other major sporting event upended. However, for women’s professional sports in the U.S., TV and media coverage, viewership, and sponsorships increased dramatically in 2020. During the summer National Women’s Soccer League (NWSL) Challenge Cup, viewership jumped an almost unbelievable 493 percent, and the Women’s National Basketball Association (WNBA) drew 68 percent more viewership during their season this summer. Meanwhile, viewership for almost every men’s league decreased in 2020.

On average, women’s sports receives just four percent of national sports media coverage. Some argue that there is less coverage because people don’t care about women’s sports. However, the statistics don’t line up. According to a 2018 Neilsen study, 84 percent of general sports fans are interested in viewing women’s sports and 66 percent of the general public is interested. 40 percent of all athletes are women, so there’s plenty to cover, but investment from media companies remains virtually non-existent. Clearly there is potential for fans and a market, yet the coverage remains so low that many people are unaware of major games and tournaments in women’s sports.

The International Federation of Association Football (FIFA) Women’s World Cup (WWC) final in 2019 teed up the blockbuster year women’s sports saw in 2020. 1.12 billion people worldwide watched the U.S. Women’s National Team (USWNT) beat the Netherlands, and their subsequent victory tour broke attendance records — including a sellout crowd at Allianz Field in St. Paul, Minn. From the group stages through the final match, the WWC viewership increased, and the USWNT continued to dominate media headlines through the summer with their fight for equal pay.

This success has been building for a long time. Since the 1999 FIFA WWC victory at the Rose Bowl, the USWNT’s viewership has increased dramatically, especially after a gold medal at the 2012 Olympics and back-to-back WWC wins in 2015 and 2019. The NWSL expanded to Louisville this year and will expand to Los Angeles in 2022 with a star-studded backing, including actress Natalie Portman and professional tennis player Serena Williams.

The WNBA has steadily increased its viewership, despite some dips, since its founding in 1997. Their opener this season was their most watched since 2012. The NWHL’s expansion to Canada with the Toronto Six and a new TV deal with NBC Sports Network shows that after just six years, this league is moving in the right direction.

More importantly, women’s sports is the forefront of sports activism. Far in front of any other league — regardless of gender — is the WNBA. Though the WNBA made headlines this summer for their boycott of games in the wake of the police shooting of Jacob Blake in Kenosha, Wis., this is not the first time the WNBA women have used their platform to work for change.

The WNBA has a long history of activism. Minnesota Lynx guard Maya Moore took both the 2019 and 2020 seasons off to work towards reform of the justice system and dismiss Jonathan Irons’ case. For her off-the-court activism SB Nation named her their athlete of the year. Long before the NBA was boycotting games, the Minnesota Lynx were wearing black shirts and holding press conferences where they refused to discuss anything besides the police shooting of Philando Castile. However, the WNBA has recieved less coverage for their continual activism in part because media and potential sponsors see the league as “too Black, too queer,” Penn State history professor Amira Rose Davis said in an interview with NPR.

I would be remiss to discuss WNBA activism without mentioning the successful efforts of the Atlanta Dream to oust former Senator Kelly Loeffler from both their ownership and the senate. After Loeffler denounced the Black Lives Matter activism from WNBA players this summer, the Dream and the WNBA players union (WNBPA) demanded that she be removed from ownership. Now in Jan. 2021, the WNBA announced that a deal for Loeffler to sell the Dream is “close to being finalized.”

Soon after her comments the Dream and the Phoenix Mercury (followed by more WNBA players) endorsed Rev. Raphael Warnock, one of Loeffler’s rivals in the 2020 Georgia senate race. Players wore black t-shirts reading “Vote Warnock” in white block letters, and used their millions of social media followers to spread the message about Warnock. According to data analysis from Yale Ph.D. candidate Angele Delevoye the WNBA’s endorsement and activism was pivotal in Warnock’s Jan. 5 win. Along with John Ossoff’s win the same day, Warnock flipped control of the U.S. Senate to the Democratic party.

Women’s teams have also led in terms of pandemic safety and decision making. On the whole the WNBA and NWSL had incredibly successful bubbles over the summer — especially when compared to the rocky NBA start this winter and the continuing issues in the NHL and NFL. This is even more impressive when comparing funding and budgets for men’s and women’s leagues. Men’s leagues tend to make millions (or billions) of dollars more than their counterparts in women’s sports.

For example, the NBA brought in $7.4 billion during the 2018 season, and Steph Curry, the highest paid player at the time, made $40 million. Comparatively the WNBA made just $60 million, and the league’s highest paid player that year, Brittney Griner, made $113,500. Women’s leagues, operating on smaller budgets with fewer luxuries in their bubbles, worked hard to keep the virus at bay, despite the mental health toll athletes in both leagues candidly struggled with. It was successful, though — both the NWSL and the WNBA had zero cases in their bubbles during the summer.

Taking the lead from these stalwarts of women’s professional sports, the NWHL began its 2021 season on Jan. 23 in a bubble in Lake Placid, N.Y. Founded in 2015 with just four teams, the 6-year old NWHL now has six teams — expanding to Toronto this season. It is the first women’s professional hockey league to pay its players. Following the astronomical successes of the NWSL and the WNBA this summer, NBCSN picked up the semi-finals and final to be nationally televised. Previously NWHL games were streamed via Twitch, Twitter and YouTube. This season marks the first time ever professional women’s hockey will be nationally televised in the U.S.

2020 was the year of women’s sports because athletes — past and present — have fought to be recognized and supported, and in a year of unprecedented circumstances, that shone through. While women’s leagues are not problem-free, they worked hard to return to play safely and speak out effectively about issues from transgender rights to police brutality to voting rights — more than the NFL or the NBA can say. Companies reacted to this and began to invest more in women’s sports. Athletes kept speaking up about injustice and inequality, regardless of any consequences. More fans watched. It’s past time sports media catches up and begins to devote more coverage to women’s sports — the athletes and fans have already shown they’re more than supportive.