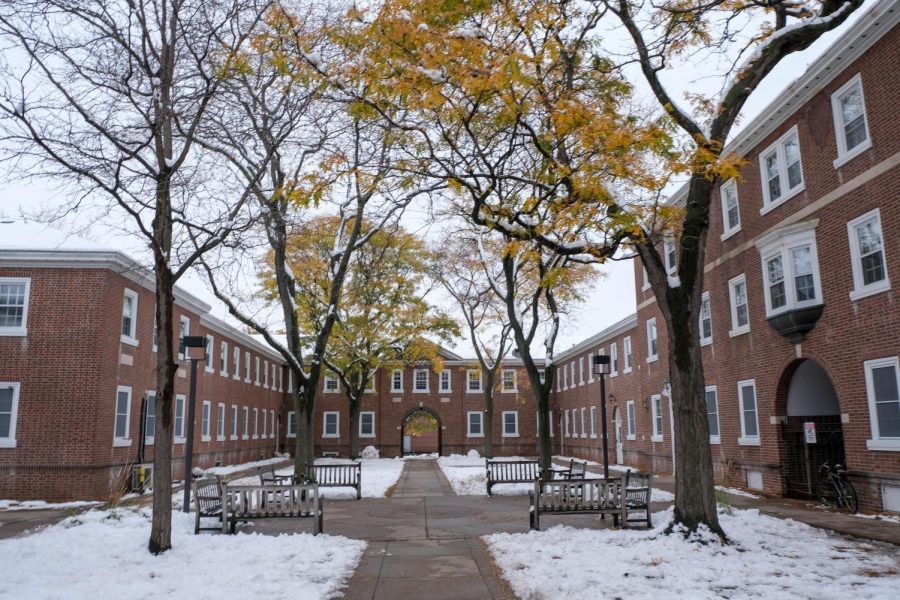 Macalester reported its first on-campus case of COVID-19 on Nov. 22 on the college’s COVID dashboard. Five on-campus students have now tested positive, according to Vice Provost and Director of COVID Operations at Macalester Paul Overvoorde. Two of them are still currently in isolation, and three have been cleared from isolation according to the dashboard.

Overvoorde said in an email that none of the on-campus cases appear to be evidence of community spread within the dorms.

“There has not been a pattern or ‘outbreak’ in any particular hall, but rather the source of infection appears to be distributed and to have come from different sources,” Overvoorde wrote.

Overvoorde did not disclose which dorms had residents who tested positive, but did say that COVID cases came from more than one residence hall.

Talia Chait ’24, who lives in Kirk, said that she was unaware of the two cases last week until her parents brought it up to her while she was talking to them on the phone.

“I was like, I’ll just keep up my hygiene, good hygiene and wash my hands more and remember to keep more space, wear a mask when I possibly can,” Chait said. “There are now positive cases on campus and I need to be more careful.”

Chait said she doesn’t know who on campus tested positive for COVID-19 or where they live.

“I think it’s because of privacy reasons for their own personal health,” Chait said. “I don’t know. But I agree that we should be able to know.”

Sarah Beth Hobby ’24, who also lives in Kirk, said she wasn’t sure where the  COVID-19 cases on campus were located, either.

Hobby said that earlier in November, she received a notification that two people in Sections 5 and 6 had voluntarily entered quarantine because they said they were experiencing symptoms and that one women’s bathroom and one men’s bathroom were closed to other residents. She said the college never disclosed who either of those people were. They eventually both tested negative.

Hobby said that if someone in Kirk tested positive for COVID-19, she would like to know so she could think back and consider whether she had interacted with those people in the last two weeks. She said that having someone who tested positive list all of their close contacts in the last two weeks might not be as effective as letting everyone in the residence hall know.

“You have small interactions with people,” Hobby said. “And you might not be on [the person who tested positive]’s close contact list or something like that. Or, you know, maybe it’s somebody who’s been using our bathroom. And then all of the girls in [our section] are now all exposed, because we’re all using one bathroom.”

While COVID-19 scares are worrisome, Hobby said she is confident that the other residents of Kirk are upholding Macalester’s Community Commitment.

“The nice thing about living in Kirk is that you pretty much get to know everyone, like all of the athletes, at least a little bit,” Hobby said. “And so since I pretty much know the people who live near me, you know, I know that they’re taking it pretty seriously.”

“As a college, you should want to do what you can to keep your students safe,” Hobby continued. “And if people know who has it, then I think that would give a better chance of people recognizing if they have been in contact with a person, than leaving it up to that one person.”

In a later message to The Mac Weekly, Chait said that more information from the school about who has tested positive would be better.

“I get why they are not doing that because of security reasons for the student but if someone tested positive… I would like to know where they were so I can take my own precautions,” Chait wrote.