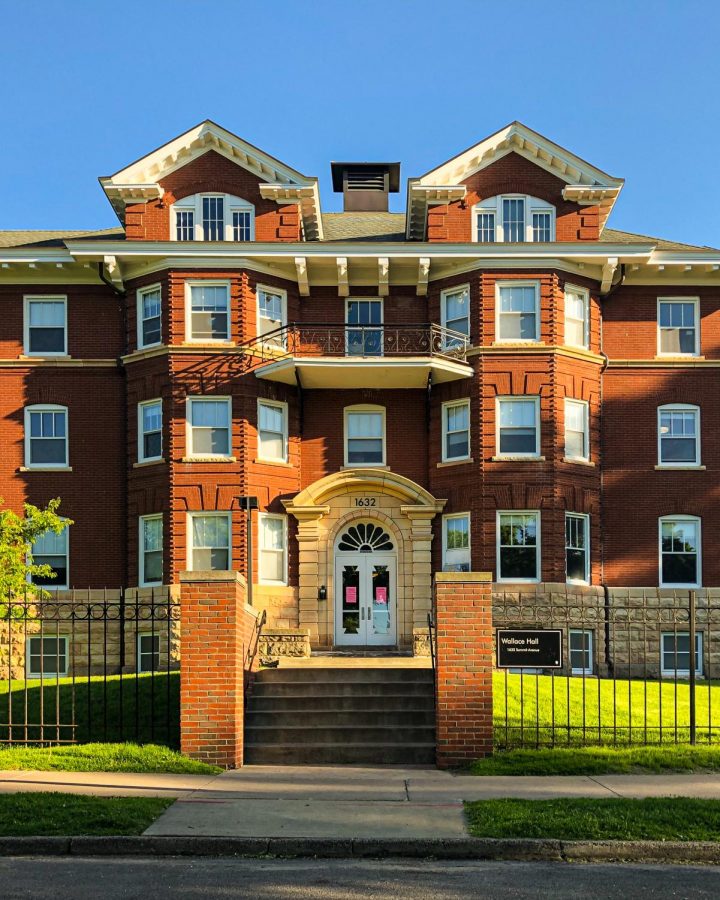 With many classes still online, social distancing regulations and new residential policies, forming relationships and building community looks different for the class of 2024.

The Mac Stays Safer guidelines, part of Macalester Community Commitment to prevent the spread of COVID-19 on campus, have shaped the social conditions for first-years. Guidelines include maintaining a distance of six feet from other students, wearing face masks whenever indoors or less than six feet apart from another and reconfiguring gathering spots on campus to discourage mingling of large groups of students.

For Yoandri Hernandez ’24, the two-week quiet period, when there were no in person extracurricular activities, classes were entirely remote and students were asked to minimize their in-person interactions, was a challenging start to the year.

“I just felt really isolated, like I couldn’t really go explore,” Hernandez said. “It was really difficult to just meet new people, but also have to be in my room a lot of the time.”

Still, Hernandez said, she’s glad to be on Macalester’s campus instead of at home.

“There’s still opportunities to engage with others, where at home it would just be a sense of, like, ‘I don’t know what’s going on at school.’” Hernandez said.

Claudia Guillot-Wallace ’24 said that social media, particularly Instagram, allowed her to connect with other first-year students before arriving on campus. While some of those virtual connections fizzled out, others became friendships for Guillot-Wallace once they met in person.

For Hernandez too, social media has been a useful tool in meeting other students. Through the Macalester Class of 2024 Instagram, many of Hernandez’s virtual connections with classmates soon transitioned to in-person friendships.

But virtual conversations and social media can only do so much.

“It’s not really the same as meeting people in person. It feels kind of isolating sometimes,” Guillot-Wallace said.

“It definitely helps being on a team,” Getty reflected. “It’s a good way to socialize with people everyday, and still get to know a group of people.”

Getty said that eating meals with fellow cross country first-years is a valuable way of bonding with other students. But Getty has found himself having to work extra hard to venture to the other side of campus to meet non-athletes.

“It kind of forces you to go out of your way, which isn’t a bad thing, but it just gets kind of exhausting after a while,” Getty said.

Kevin Tovar ’23 is the resident assistant (RA) for the first-years living on Turck 4. He has encouraged his residents to seek each other out and support one another.

“It’s the easiest and most convenient community to build just because you’re near them,” Tovar said of residence halls.

Tovar and other RAs are an important resource for first-years struggling to find community and meaningful connections this semester. To prepare, Tovar was trained by Residential Life in how to respond to students needing support and how to direct students to mental health and counseling resources.

“This year, reaching out to your RA is really important as they’re like, really here for people this year,” Tovar said.

Current Programs for First Years: “Just like an Organic Friendship”

When Elisabeth Landgren ’22 and Elika Somani ’22 thought about how the pandemic might put a strain on students’ sense of community, they looked for a way to create meaningful connections among students. With support from Health Promotion students Johanna Caskey ’22 and Brooke Offenhauser ’21 and sponsored by the Laurie Hamre Center for Health and Wellness, Somani and Landgren launched the Buddy System, a program which matches students with another “buddy” for check-ins and peer support.

After a student opts to join the program they are paired with another participant, either randomly or according to specific identities they are looking for in a buddy. They can then coordinate their own meetings and make the relationship what they want it to be.

“We very intentionally wanted it to be on equal footing, and people that were just talking, hanging out … just like an organic friendship” Landgren said.

Almost half of the 180 students who signed up for the Buddy System were first-years. When Rio Guadalupe Osorio Nava ’24  joined the Buddy System hoping to make a new friend, they quickly connected with their buddy, another first-year, over their queer identities and academic values.

“I’m very thankful I joined this program because it created a new friendship which has brought joy into my life,” Osorio Nava wrote in an email to The Mac Weekly. “I think our personalities have matched well which has been very helpful in the relationship building process.”

Ryan Cotter ’24, another first year in the Buddy System, was matched with a senior with whom Cotter quickly found had a similar sense of humor and communication style. The two of them share memes and even bought pad thai for lunch together.

“I was able to be more confident in being more outgoing and talkative during our interactions.” Cotter wrote in an email to The Mac Weekly.

“[It] really makes me feel happy to be a part of the community,” she continued. “Especially since one of the deciding factors in me choosing to attend this school is because of the people.”

The Buddy System will be continuing into module two and interested members can still sign up until Nov. 2.

Elsewhere at Macalester, Director of Student Leadership and Engagement Laurie Adamson, Dean of Multicultural Life Marjorie Trueblood and Director of Entrepreneurship and Innovation Kate Ryan Reiling have also been brainstorming ways to build community among underclassmen amid the isolating conditions of this year.

“We recognized that students learning remotely, or first-years who are living without roommates, might not have the same spontaneous and organic gathering opportunities available to them during a ‘normal” year,’” Adamson wrote in an email to The Mac Weekly.

What resulted was MAC Homeroom, a program allowing first-years and sophomores to gather virtually on the first Thursday of each month. The title, MAC Homeroom, is an acronym for the issues that groups talk about: Mental health and wellbeing, Academics and Community.

With 75 students signed up, the participants are divided into cohorts with a staff or faculty member leader and an upperclassman co-facilitator. Each cohort serves as an opportunity for students to share their experiences and support one another in their lives as students.

“I believe having a small group to process with, talk to, and just be in community with is a powerful thing at a time like this,” Adamson wrote.

The Laurie Hamre Center for Health and Wellness (HWC), too, is adapting to help first-year students adjust and cope. This semester, the counseling department has increased drop-in appointments and introduced a new scheduling system.

“Knowing that everything is just really up in the air, we felt like it would be really important to have more of those available this semester,” Director of Counseling Liz Schnieder-Bateman said.

To request a same-day appointment, students can call the office and request a virtual appointment during one of the designated hours for drop-ins shown on the counseling services website. Drop-in appointments occur Monday through Friday for a couple of hours each day.

In previous years, after students had an appointment with a counselor, they were automatically put on the schedule for a number of sessions afterwards. But this meant that counselors’ schedules would quickly fill up, making it challenging for other students to find a time to meet with a counselor.

Now, counseling services are trying what Schneider-Bateman calls an ‘equity-based model.’ After a student meets with a counselor, they discuss when they want to meet again, and schedule accordingly, instead of automatically reserving spots.

Yet, Health and Wellness has noticed that students, including first-years, are signing up for counseling appointments less than in years past — a drop off which began when classes moved online during the 2020 spring semester.

For instance, in past years, group counseling sessions were a valuable source of peer relationship and community healing. According to Schneider-Bateman, this semester, the HWC anticipated an increased need for these group services, particularly among first-years but have encountered decreased participation among students.

Schneider-Bateman thinks that the low interest could be due either to students experiencing ‘zoom fatigue’ or assuming that the groups are already filled.

The circumstances of the semester brings new challenges to how first years can build community. But with the approach of module two, Getty and Hernandez expressed hope that their classmates can support one another and rely on campus resources when needed.

For Getty, a positive mindset for him and his classmates is key to facing the challenges of the year.

“Recognize that you have resources to get help,” he said. “Try to stay motivated.”

Hernandez hopes that her classmates stay optimistic and seek out resources when needed.

“People shouldn’t be afraid to ask for help,” Hernadez said.“There’s always people there to help, even if we don’t think there is. Don’t lose sleep […] prioritize yourself.”