As Florida Goes, So Goes the Nation 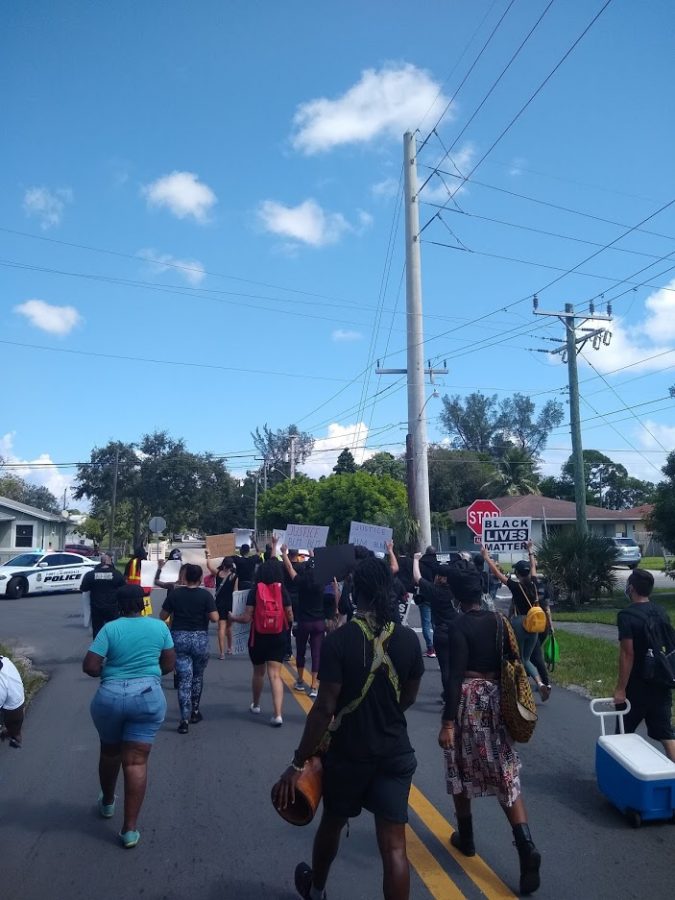 In this piece, I’m going to try to do the impossible: convince you to take the state of Florida seriously.

I’m well aware it’s a hard ask. For those of us on the left, the Sunshine State has over and over again been a disappointment. Stories of our unlucky politics, and of course the everlasting mythos of “Florida Man,” make it so easy for outsiders (and ourselves) to either snort in disgust or laugh. Regardless, I’ll ask you now to pay close attention to what happens here, and I hope you’ll listen.

Florida is the ultimate bellwether. Not only has it voted for the winner in all but two presidential elections since 1928, the state is a microcosm of the country as a whole, complete with an ascendant coalition of leftist organizations up against a well-entrenched far-right power structure. What happens in Florida will certainly reflect what other policymakers and grassroots organizers will attempt nationwide. Don’t believe me? Well, let me tell you about Florida’s current least-favorite son: Governor Ron DeSantis.

Elected in 2012, Representative Ron DeSantis had a low-profile career in Congress, supporting numerous far-right laws but generally avoiding the spotlight. When he ran for Governor in 2018, he leaned even farther to the right, coddling Trump, white supremacists, anti-semites and the like. DeSantis ended up facing progressive Andrew Gillum, Florida’s first Black nominee for Governor, who forged a diverse coalition to win the Democratic nomination. The day after the primary election, DeSantis happily embraced a racist trope, implied that Gillum would “monkey up” the state if elected. Great start.

In typical Florida fashion, DeSantis ended up defeating Gillum by 30,000 votes out of roughly 8 million cast, largely due to decades of voter suppression realized through restrictive photo ID laws, voter roll purging and a dreadfully inefficient Secretary of State’s office. As Governor, DeSantis again slipped into the shadows, only emerging to curse the state with some absolutely atrocious policies. Last year, he successfully urged the legislature and the courts to override a referendum passed by 65 percent of voters that would have re-enfranchised over a million ex-felons. The previously-existing disenfranchisement was pretty much the only reason DeSantis ever became Governor. So keep that in mind: DeSantis obviously doesn’t believe in democracy, and he’s okay with you knowing that. He gleefully stripped the rights of more than a million people away, mainly people of color, all to keep him and his allies in power.

This year, DeSantis proved that he values capital more than human life when he bowed at the altar of big business (think Disney) and eased COVID-19 restrictions far earlier than most other states. For much of the summer, Florida, and specifically Miami, a working-class, majority-minority city, was the epicenter of the entire pandemic. Update your notes: DeSantis hates democracy, and he’d rather have the Floridian working class produce capital than keep themselves safe, even if death is the result.

This summer, numerous abolitionist and anti-racist organizations across the state participated in the George Floyd uprising. These groups brought communities together against our state’s notably violent police forces and proved to the far-right that their hold on the state was waning. Just two weeks ago, the other shoe dropped. DeSantis once again scurried into the spotlight to announce a new legislative proposal, the “Combatting (sic) Violence, Disorder and Looting and Law Enforcement Protection Act.” Flanked by police officers, the Governor detailed the chilling details of his new agenda. To put it briefly, DeSantis wants to criminalize protest. Let’s go through the components of this measure one by one.

First, those who gather in a “disorderly” protest of more than seven people can be charged with a felony. That means chanting, shouting, really any behavior deemed by the state or an outsider as “disorderly” can bring the full force of the law onto an otherwise completely innocuous protest. And just to be crystal clear, no protest, “disorderly” or not, “looting” or not, should be criminalized.

Second, any protester who uses force to defend themselves can be charged with a felony. DeSantis is criminalizing self-defense, which is really peak hypocrisy from the leader of the state Republican party that fought tooth and nail for the disgusting “stand your ground” law.

Third, any group that organizes a “disorderly” protest can have its assets seized. This is purely political targeting. Groups that regularly organize protests in Florida, such as Dream Defenders, the New Florida Majority, the ANSWER coalition, the Florida Immigrant Coalition and various local BLM chapters, are those that regularly organize against DeSantis’ antics and are particularly at risk here.

Finally and perhaps most menacingly, counterprotesters who use force to attack protesters, particularly car-ramming attacks, will no longer be charged with a felony, but self-defense. In the past few months, white supremacists have attacked BLM protests with car and truck-rammings in a clear homage to the method used to kill Heather Heyer in Charlottesville in 2017. These people are openly fascist, and DeSantis is proudly allying himself with them and condoning their methods.

Ron DeSantis himself is a fascist. Now is not the time for civility or to mince words. He loathes giving minority communities their rights, his response to the pandemic has benefitted his allies in big business at the expense of the working class and minority communities, and he has now made his political priority clamping down on free speech and silencing those who threaten his power. And here’s why you, as someone who blissfully doesn’t live in Florida, should care: last week, Senators Kelly Loeffler of Georgia and Tom Cotton of Arkansas introduced a bill that, if passed, would charge anyone implicated in the death of a police officer, self-defense or otherwise, with life in prison or death. Sound familiar? Just as Trump this summer invoked ex-Miami police chief Walter Headley’s horrifying 1967 credo of  “when the looting starts, the shooting starts,” Floridian fascists are once again inspiring those outside our borders.

Thankfully, all hope is not lost. DeSantis and his far-right allies are scared. Their legislative gerrymanders are crumbling. The electorate has voted to eliminate disenfranchisement and seems set next month to ignore our conservative legislature and vote to raise our minimum wage. Leftist organizations are beginning to hold legitimate clout in electoral power structures (those that are designed to turn back leftist infiltration). Abolitionist organizations, unions, members of the sanctuary movement, socialists and more have organized together to force the governing bodies of the two largest counties in the state, Miami-Dade and Broward respectively, to consider police reform and an end to carceral immigration programs. Outside of electoral politics, these same groups are building power beyond the means of resource-starved or purposefully ignorant local governments: housing the homeless, protecting refugees and speaking for the voiceless throughout the state.

So turn your attention to Florida. Root for the left. In Florida, as it is for the rest of the country, the only two options are socialism or barbarism.

As Florida goes, so goes the nation.