Max the cat oil painting to be created for Macalester library 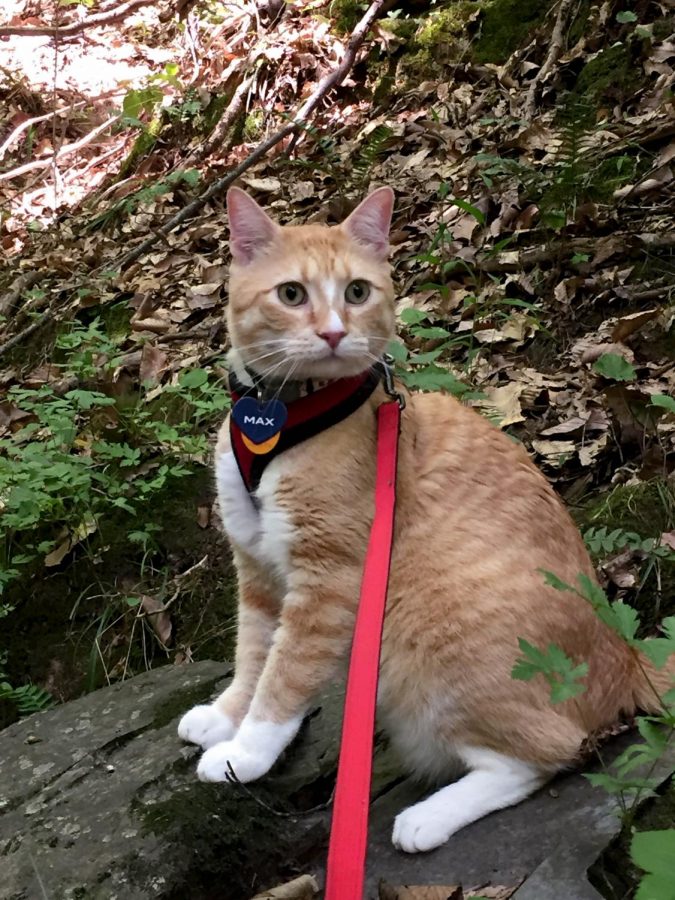 In December 2017, Max the cat gained international attention when a sign went up at the DeWitt Wallace Library asking patrons to not let him in. The story was covered by major news outlets in the Twin Cities and beyond including The Washington Post and The Star Tribune.

One of Max’s owners, Gregory Lipton, was a professor of religious studies at Macalester at the time, and the Lipton family lived fairly close to the campus. This resulted in Max’s frequent excursions around the Macalester campus, into dorms and his attempted adventure into the library.

Max and his family moved away from Macalester to High Point, N.C. in 2018. Max is now in the process of settling into another new home in Asheville, N.C.

According to Max’s other owner, Connie Lipton, interest in Max and his adventures by the general public has grown and waned several times since his original fame. Occasionally, there will be bursts of new followers on the Instagram where Lipton started to feature Max and the other family cat, Gracie, when a post on Facebook or Reddit is made or rediscovered.

“Hopefully Max can be a source of humor and inspiration during hard times,” Connie said.

Max is now well accustomed to walking on a leash, and often goes on walks and short hikes with his humans, becoming what Connie affectionately referred to as an “adventure cat.” He unfortunately has never become a therapy cat, despite trying three times and failing close to the end of the certification process.

Despite Max and his family living so far away from Macalester, their memory has not been forgotten. Since Max’s viral success, artist Liesa Lietzke has been a fan. She follows Max on Instagram and keeps track of stories about him.

Lietzke is a professor of art at the San Francisco Art Institute, Peralta Colleges and several other universities. She is known for her abstract mixed media artwork and has recently gotten approval from Macalester to construct a statue of Max that will be displayed in the library.

Lietzke has sent the Liptons’ small statues of Max in the past and occasionally contacted them expressing her interest in making a larger, official statue for the library. The Liptons have received interest from several people about creating a variety of fan pieces based on Max.

Most prominently, the idea of the original cartoon becoming a children’s book was floated around for a while after Max went viral. Other people have also proposed other memorabilia such as a plaque and other varieties of artwork in Max’s honor in the past.

This statue idea has also been around since the start, but with its recent approval by Macalester, it looks like this idea might be the first one to stick.

The previous version of this article stated that Macalester approved a statue of Max the Cat for the library. However, according to Library Director Angi Faiks, communication between Faiks and Lietzke about an artistic piece of Max the Cat stopped earlier this summer after Faiks welcomed the offer of a Max tribute. Faiks and Lietzke made plans to check-in this fall, and the two recently connected again after the original version of this article was written.

While the previous version of this article also stated that the Max the Cat art piece would be a statue, due to COVID-19 restrictions on clay studios, artist Liesa Lietzke said, in an email to The Mac Weekly, it will now be an oil painting.

“We would give Max a place of honor in the library,” Faiks said.