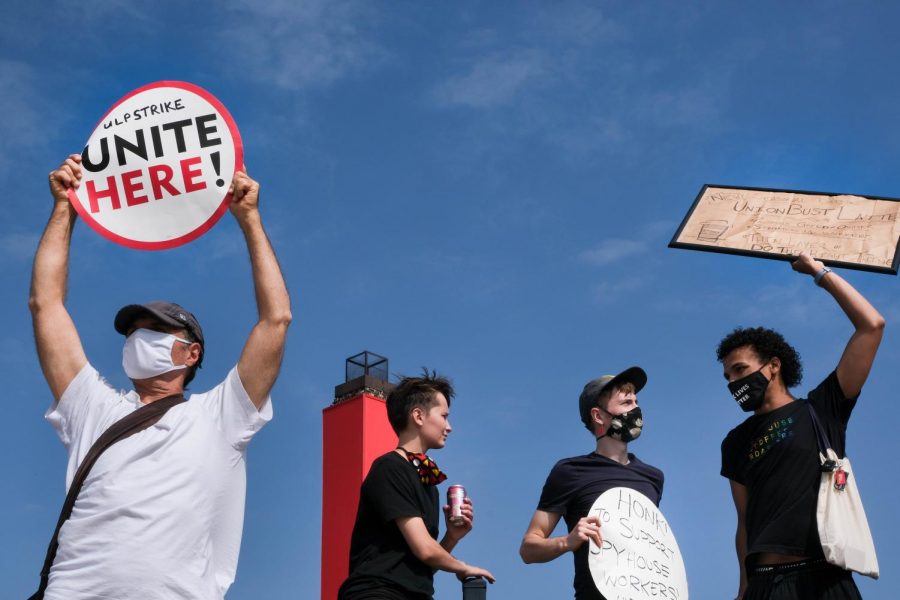 On Saturday, Sept. 19, workers at Spyhouse Coffee went on strike, citing the management’s failure to introduce adequate measures to protect workers from COVID-19. Spyhouse has six locations in the Twin Cities, with one only a few blocks away from Macalester. The workers announced their intention to unionize back in August. Christian Johnson, the owner of the company, refused to recognize the union.

Instead of opening talks with the workers, the management started firing people, according to Aidan O’Connor, a barista at Spyhouse.

“We [were] not planning on escalating, but [due to] such aggressive tactics, we decided two nights ago to organize a strike,” O’Connor said.

O’Connor said that almost all Spyhouse workers were at the picket line on Saturday, and all six locations were closed.

Talks of unionizing started earlier this year among Spyhouse staff when workers became upset with the lack of COVID-safety protocols.

“We’ve had no safety measures to protect employees or customers, no formal safety measures in place,” O’Connor said. “It took a concerted unionization effort to get them to get us plexiglass shields and allow us to refuse service to people not wearing masks.”

“Everybody who works here has given up something in exposing themselves,” O’Connor said. “My father is immunocompromised […] and I can’t see him anymore. I made the choice to work here because I am financially obligated to work here. Because of that I don’t want to put him at risk.”

According to O’Connor, the workers have three initial demands: “One, formally recognize the union. Two, hire back the people who were fired. Three, institute a COVID-safety protocol.”

Once the union is recognized, the workers can use collective bargaining to make further demands, like better wages and health benefits. As of now, only a fraction of the employees are eligible for benefits.

O’Connor, a barista at the lowest-tier employment level in the company, does not receive health benefits. Only the top-tier employees receive benefits from Spyhouse.

After picketing, the workers organized a rally in front of the main Spyhouse branch in Northeast Minneapolis. Among the crowd was Omar Fateh, who is the DFL nominee running to represent Minnesota’s 62nd district in the state senate.

“[We will] put the whole full force of the community,” Fateh said. “We got every single state representative and state senator in the district to sign onto a letter of support for the workers [and] also calling for Spyhouse to recognize the union.”

On Sept. 22, Johnson and the rest of Spyhouse management had still not communicated directly with the workers, according to a social media post by the union.

Despite the management’s lack of response, the union is going forward. Their second petition to the National Labor Relations Board has been approved, and they are holding a mail-in election. If the union wins the election, the management is obligated to recognize and bargain with the union.

“Workers themselves are the ones who know best what needs to happen in their place of work,” City Councilman Steve Fletcher said, who was also at the rally.”They are speaking through this strike, and so I’m listening. And that is what should happen.”

Spyhouse President Kevin Wencel did not respond to request for comment.

Margaret Moran ’21 contributed to the reporting of this story.