Students decide to take leave of absence before module one begins 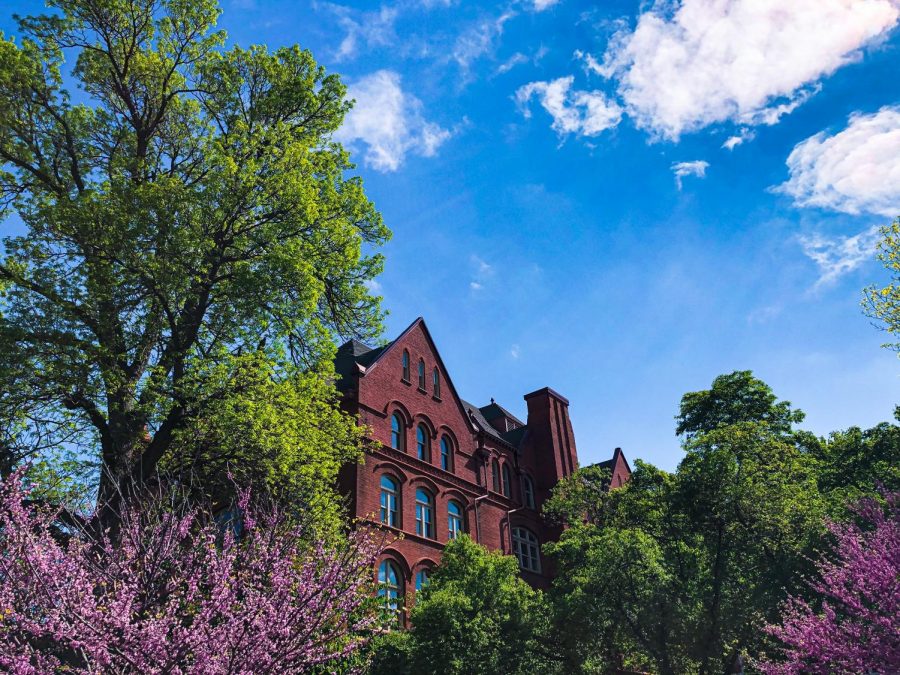 As Macalester’s return to campus plans have shifted over the past months, many students have grappled with the decision of whether to request a leave of absence.

Initially, the College asked that all students requesting deferrals and leaves of absence do so by July 1.

In an announcement from Provost Karine Moe on June 22, the request deadline to take a leave of absence was moved from July 1 to July 15 to give students more time to decide — a result of Macalester’s plan to announce the fall mode of delivery on June 30.

Thirty-eight returning students opted to request a leave of absence before the July 15 deadline.

Mizuki Samuelson ’23, who recently completed her sophomore year, was one of those 38 initial requests.

“I didn’t think I was gonna take a leave of absence this year, I hadn’t really imagined my life without school,” Samuelson said. “But then once things in the U.S. [hadn’t] really been improving, and hearing Macalester’s plan… it didn’t really make much sense to me to come back.”

During a Finance Webinar on August 6, Vice President of Administration and Finance David Wheaton said the number of students who requested a leave of absence before the July 15 deadline was “lower than expected given the environment,” but also shared that this number may grow since students can still file requests.

However, despite the changes to the fall plan outlined in President Susanne Rivera’s email announcement from August 10, Student Affairs has not shared the specific numbers of students taking a leave since the August 6 seminar.

After changes to the first module were made, more students began considering, and filing, to take a year off from Macalester.

Eleanor Grinnell ’23, a rising junior at Macalester, submitted her request for a leave of absence during the third week of August.

“Immediately when I read that email from President Rivera, my gut feeling just switched,” Grinnell said. “I had been planning to go back up until that point, but after that I could feel that my gut instinct was leaning the other way and to some degree I just had to trust that.”

Despite the recommendation to submit requests by July 15, Student Affairs is still taking leave of absence requests up until the first day of classes. Students can also submit leave of absence forms after September 2 through a separate process, as outlined in the Student Handbook.

With just over one week left before the first module of the fall semester begins, Grinnell is still waiting for her leave of absence form to be confirmed for the upcoming 2020-2021 school year.

“We always have a number of students who choose to take a gap year, but the number is usually in the 25 to 30 range,” Assistant Vice President for Admissions and Financial Aid Brian Lindeman ’89 said.

The Office of Student Affairs has not shared the numbers of returning students taking a leave of absence.

In emails to The Mac Weekly on August 3 and following the August 10 announcement, Executive Assistant to the Office of Student Affairs Lisa Treviranus wrote that requests for leaves of absence were comparable to most years.

“The college is on track to process an average number of withdrawals and fall leave of absence requests, submitted for a variety of reasons and circumstances, none of which have been denied,” Treviranus wrote.

Samuelson and Grinnell both know friends who will be taking leave of absences.

“I think in terms of my education I can get more from in-person classes,” Samuelson said. “And even if I didn’t have friends who were taking [leaves of absence] this decision still makes the most sense for me.”

Grinnell said that while her final decision was based on Rivera’s most recent announcement, talking with other students and realizing that she was not alone in considering a leave was important to her as well.

She also pointed out how easy it was to request a leave of absence through Student Affairs.

“Macalester was good about including the option at the end of all their emails which I really appreciated,” Grinnell said. “They weren’t trying to hide it from us in any way.”

Samuelson and Grinnell also shared their concerns in returning to campus this semester and what led them to their final decision.

“All my classes are discussion based,” Samuelson said. “For me the biggest reason was just preferring in person classes a lot more, it’s hard for me to concentrate and find zoom classes engaging.”

Grinnell had similar concerns regarding the lack of an on-campus social environment.

Grinnell also shared that she would have been unable to join student activities or stay in the Russian House due to the new campus housing policies.

Students at Macalester are also facing the possibility of study abroad programs being cancelled in the spring, which has already occurred for fall semester. In past years nearly 60% of students have participated in study away programs. Both Samuelson and Grinnell were worried about missing their spring study away opportunities and now hope to reschedule them for when they return for the 2021-22 school year. Samuelson was planning to study away in Tokyo, while Grinnell was planning to study in Kazakhstan.

“My second biggest reason was studying away was super important to my college experience,” Grinnell said. “It was something that I’ve looked forward to before coming to college, and so while technically I guess my program has not been canceled yet, it’s very hard to imagine that it will go through even if Macalester would allow it.”

Samuelson and Grinnell both plan on completing internships during their leave. Grinnell additionally plans on doing coursework at a local institution in her year off.

As the start of the semester approaches, students may think it is too late to request a leave of absence. Samuelson had a last piece of advice for those students.

“There are people who can support you,” Samuelson said. “Talk to your friends, talk to your advisor, if you have teachers you feel like you can trust that can help you with resources — there’s definitely opportunities out there. It helps a lot to ask other people what they’re doing. It’s possible, even though it’s very stressful.”

Grinnell advised students who are still on the fence to make a pros and cons list.

“I was able to see that there were a lot of reasons why I did want to go back and that felt like the easiest solution to me,” Grinnell said. “But I could tell that the items I had on my pros list for going back to school were of smaller significance than the other ones. It was sort of an immediate gratification… so I would just advise to really think about what you want your college experience to look like and which solution can really give you that.”