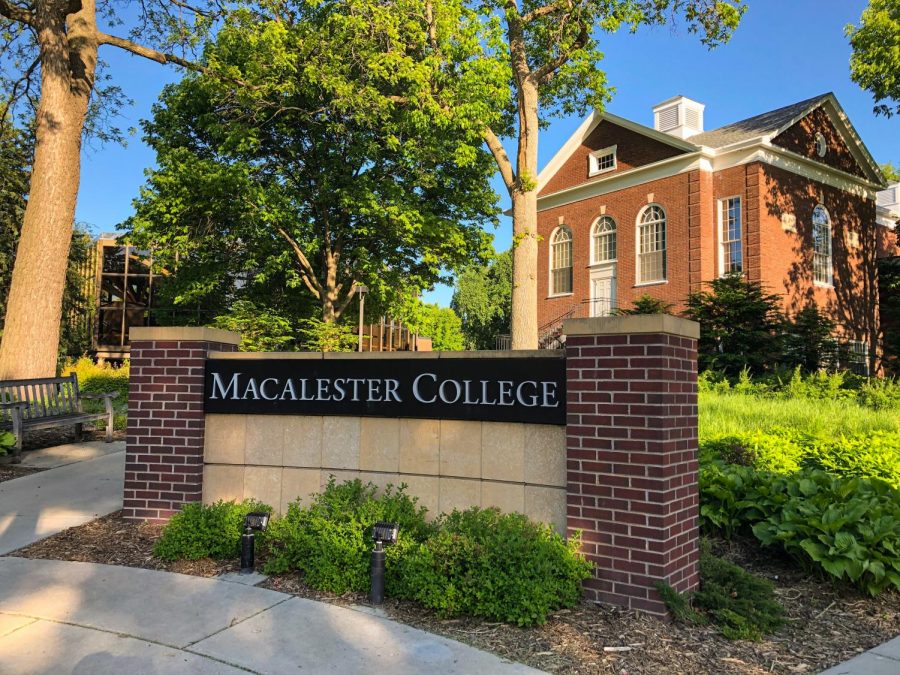 The entrance to Macalester. Photo by Abe Asher '20.

Macalester will not serve as a housing sanctuary for the 200 people evicted from the Sheraton hotel in midtown Minneapolis yesterday.

In a campus-wide webinar on Wednesday afternoon, President Suzanne Rivera said that while she applauded student-led efforts to turn the college’s residence halls into temporary community housing supply, such an arrangement was not feasible.

“We are not able to open our residence halls for this purpose,” Rivera said. “There are numerous barriers that prevent us from doing this.”

Among the barriers: Macalester already has students living in its residence halls over the summer, particularly students who were prevented from traveling home due to the COVID-19 pandemic.

It also lacks much of the infrastructure or legal status to support housing insecure residents that the Sheraton, equipped as a working hotel, had.

“There are zoning and licensing and other regulatory requirements for operating a homeless shelter, including a need for licensed social workers and other professional care providers,” Rivera said. “Our campus is not in a position to provide this.”

Rivera also noted that, due to increased sanitation requirements necessitated by the pandemic, the college could not have residence halls ready for students in August if it made them available to housing insecure residents of the Twin Cities now.

The Sheraton just off of Chicago Ave. and Lake Street had been serving as a volunteer-run housing sanctuary since Saturday, May 31 — providing shelter to at-risk citizens as curfews, police violence and the deployment of the National Guard made the streets of Minneapolis unsafe.

Organizers raised hundreds of thousands of dollars to support the sanctuary effort and were planning on running the hotel for the foreseeable future.

But on Monday, following reports of a drug overdose and a threatening letter from the property’s management company, owner Jay Patel ordered the residents to leave. Organizers spent much of yesterday scrambling to secure sleeping bags, tents, and other supplies for evicted residents.

Macalester students, a number of whom had donated money and supplies to the Sheraton, called on Rivera to make the largely vacant campus residence halls available as temporary housing on Monday night. The college’s outing club, for instance, has committed to donating a share of its gear.

But while Rivera heard the messages, she made clear that Macalester would not directly house people outside the campus community.

Organizers are still seeking supplies for former residents of the Sheraton and other housing insecure people in the Twin Cities.

Those interested can visit Southside Harm Reduction Services for information on how to get involved.