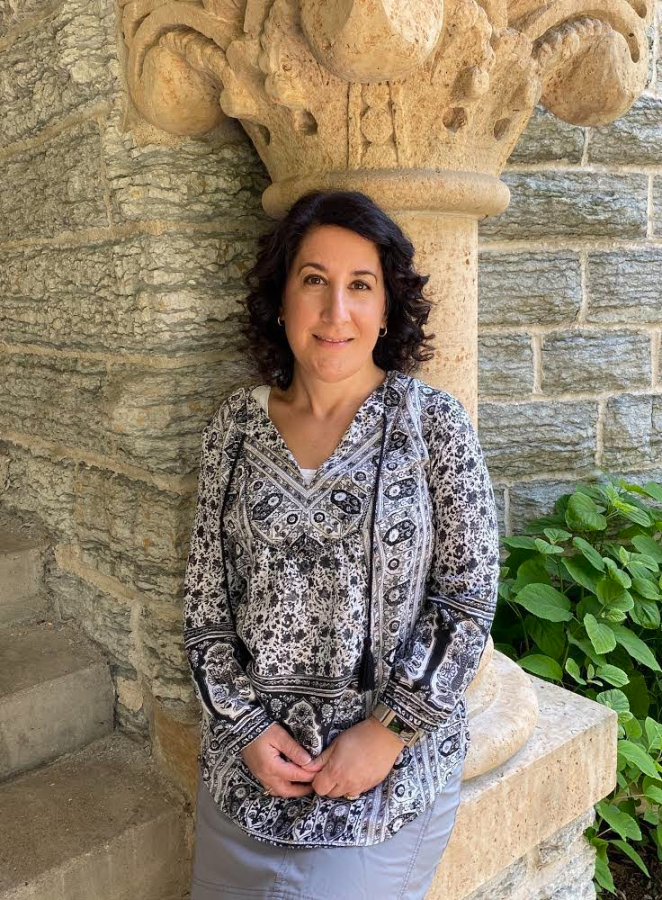 According to Macalester President Suzanne Rivera, the past week has been the longest of her professional career.

Just a few days ago, she and her spouse were road-tripping to Minnesota from Cleveland, Ohio, following news reports of protests and demonstrations all the way to the Twin Cities. When Rivera arrived in St. Paul on Saturday, May 30, she walked into a situation she never could have imagined framing her first week as Macalester’s 17th president.

Just a month ago, Rivera would have told you the biggest challenge she would tackle during her first year would be the COVID-19 pandemic — and that challenge is still on her plate.

But following the murder of George Floyd by four Minneapolis Police officers on May 25, the Twin Cities have ignited a global uprising against police violence and systemic racism.

So on Sunday, ahead of her first official day, Rivera sat down at her computer, scrapped the welcome email she had planned to send to the community, and wrote something new — something to fit the moment.

“Many people are expressing their righteous anger about systemic racism and other tools of oppression that divide our nation,” Rivera wrote. “I am proud to say that over the last week the Macalester community has stood firmly on the side of justice, fairness, and equality.

“Macalester family, now is not the time for hopelessness. It is a time for action.”

And so began Rivera’s first week as president.

For the past several days, Rivera has been on dozens of Zoom calls with faculty and staff, as well as students, to talk about the future of Macalester as it faces the threat of COVID-19 and confronts racial injustices at the college and beyond.

“In moments like this, if we don’t articulate our values, then what we essentially are doing is saying that the status quo is acceptable to us,” Rivera said. “And I don’t find the status quo acceptable.”

Students are calling on Rivera to put the weight of the institution’s influence and resources behind that sentiment.

In a June 1 letter addressed to the college’s leadership, the Black Liberation Affairs Committee (BLAC) demanded the college stand in support of black students fighting on the frontlines of the battle for justice. The letter was cosigned by several cultural orgs and identity collectives and published on the @blmatmac Instagram.

“Our pictures are plastered across the website because apparently the school loves diversity: Love us by showing public and prideful support for our struggle,” it continued.

On Tuesday, June 2, Rivera met with leaders from BLAC and BLM to discuss a course of action for the college. At the end of the meeting, Rivera requested additional time to do further research into the college’s capacity to meet several of their requests.

At the time of this article’s publication, that discussion was ongoing. On Friday, June 5, Rivera sent her official response to BLAC, and was awaiting reply.

Rivera said that, in all of her meetings so far, the community has met her with grace and patience.

“In every one of those meetings I have felt welcomed, I have felt supported,” she said. “I have felt — even when people were expressing frustration or making requests for things they felt the college needed to provide — those have all been offered in the most supportive and helpful way. I think everyone understands I still have a lot to learn.”

In her free moments, Rivera has been responding to emails and Twitter DMs from members of the community. She’s also been personally answering the hundreds of responses to that Monday welcome email.

Many people have been supportive of her message calling the community to action. Others have told her they felt her message didn’t go far enough and Rivera said she has accepted the constructive criticism as a reminder “there’s still more work to be done.”

The responses that have irked Rivera have been the few that reject her core message — the people who have been “appalled” by her words and those who have even pledged to stop donating to Macalester as a consequence.

For Rivera, speaking out against injustice was a core tenet of her upbringing. She has been a lifelong protester and was taking her now-grown children to protests from the time they were young.

“I was raised to believe that protest is patriotic and that when you see something that you think isn’t right, that it’s your duty and your obligation to say something about it,” Rivera said.

“My family left a country at the time of a revolution and that country now does not have freedom of expression and freedom of speech,” she continued. “It was really an important principle in my family growing up to love the United States and appreciate it, but also to hold it accountable for living up to its values.”

That’s why Rivera attended a protest on Tuesday with her spouse, Associate Chaplain for Jewish Life Emma Kippley-Ogman and College Chaplain Kelly Stone. The march on University Ave. in Midway was an interfaith protest led by black clergy members.

But even as Rivera engages with the community in its fight for racial justice, she is still working on the other pressing issues.

Rivera is still meeting with Macalester’s COVID task force, trying to figure out how to get the campus back to in-person learning by Sept. 2. She’s still pondering potential new protocols, which may range from keeping physical distance in classrooms to staggering class times to grab-and-go lunches at Cafe Mac.

These extraordinary circumstances extend to Rivera’s personal life too. For now, she and her spouse are living out of duffle bags at an AirBnB in St. Paul. Her children, who live on opposite coasts, are going out to protest every day in their home cities, and while she supports their work, Rivera worries about them.

“My son is in Seattle and he’s two hours behind us,” Rivera said. “So, I don’t go to sleep at night until I know that he’s safe.”

Taking over Macalester’s presidency was always going to be a challenge. Now, it’s an unprecedented challenge.

“Even as I thought about it on February 1, before the virus, before the murder of George Floyd, I thought this was going to be a really difficult job to do and I was anxious and worried about how to meet the challenge,” Rivera said. “Of course I still find the responsibility awesome, but the responsibility has just increased exponentially and in ways I never would have dreamed.”

This may have been the longest week of Rivera’s professional career — but the work is just beginning.

“Macalester is my top priority from the minute I wake up in the morning to when I go to bed at night,” Rivera said. “I’m running as fast as I can.”

On Saturday morning, Macalester announced that it would match up to $20,000 in donations to “select organizations that support Black communities, communities of color, and the fight for racial justice.” The Mac Weekly will continue to report on the college’s response to the Twin Cities movement for black lives as the story develops.