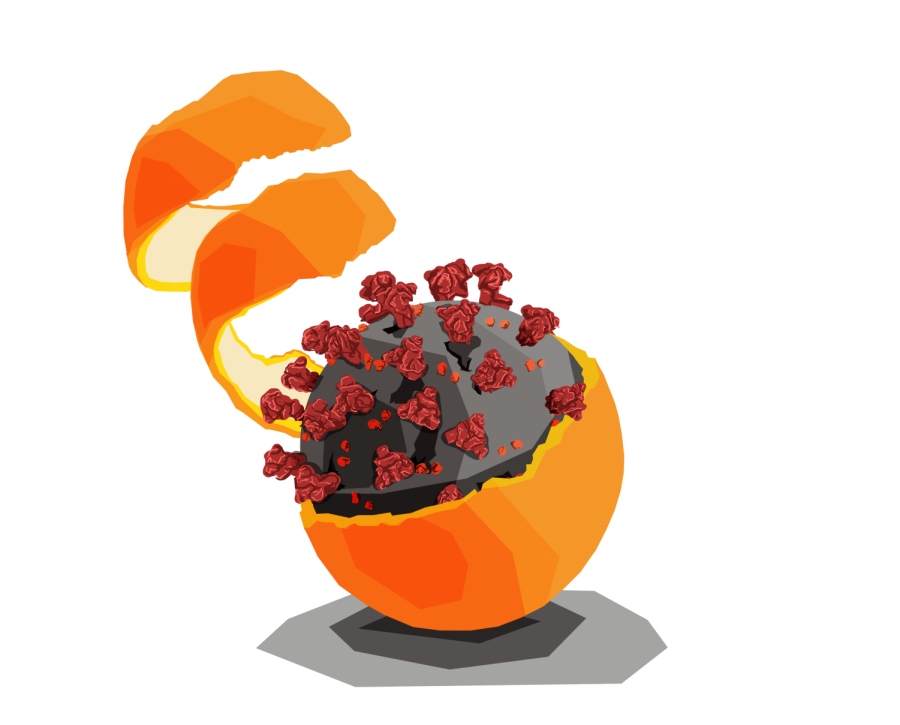 The coronavirus pandemic has thrown Macalester for a loop, with hundreds of students suddenly forced to pack up dorms, leave jobs and work study positions and fly home. For many, the pandemic has been a significant and unexpected expense.

Last Tuesday, MCSG voted to allocate  its own unused travel and reserve funds — as well as any donated funds from student orgs and Program Board — to the financial aid office’s new emergency aid program.

Assistant Vice President of Admissions and Financial Aid Brian Lindeman ’89 started developing the program last semester, and decided to launch it in the last couple of weeks to help mitigate students’ financial burdens related to the coronavirus. Through the emergency aid program, students can request specific amounts of funding for unexpected expenses, such as for family or medical emergencies. Financial Aid intends to keep the program in place after the coronavirus crisis calms down.

“This program comes in response to a general concern about unexpected expenses that can disrupt a student’s educational trajectory, especially students who have no financial safety net,” read the announcement of the program’s launch in the Mac Daily on Friday, March 27. “COVID-19 has underlined the need for such a program.”

So far, MCSG has donated $50,990 to the program — about $25,000 from the travel fund and $25,000 from student org donations. This amount is significant, but it falls short of what some of the authors of the original MCSG relief resolution envisioned, as Program Board and MCSG have both decided to keep portions of their budgets.

Donations were complicated by a concern over next year’s budget. At Tuesday’s MCSG meeting, Financial Affairs Committee chair Ayushi Modi ’21 predicted that MCSG’s total income from the student activity fee will drop next year with an expected drop in enrollment due to economic strain caused by the coronavirus.

Any funds contributed but not requested by students will stay in the emergency aid program fund; any funds that MCSG keeps will roll over and can be reallocated next year. Because of those budget concerns, MCSG chose to donate only its travel fund and hold onto its reserve fund.

Student Services and Relations Committee member Shreya Nagdev ’22, one of the authors of the resolution, had originally thought that donations would come out to around $115,000.

“I was, I guess, more on the extreme side of how much money I thought MCSG should give, as I still pretty much believe that all of our money should go into it,” Nagdev said. “I’m not thrilled that we’re not putting in all of the money… but I’m honestly just happy that we’re able to give some amount.”

The last major piece of funding that MCSG could donate would come from Program Board, which currently still has about $125,000 remaining in its budget.

Program Board has expressed hesitation about giving to the aid fund. Program Board chair Alex Ang ’22 noted that no one is sure exactly how much students need.

“I don’t even know how much people will be requesting, how much money they need, and we’re all confused about how much they have,” Ang said.

“We have [rollovers] from, like, four years ago… so that’s always been a problem,” Ang said. “We were planning on using most of our budget because we knew we wouldn’t have the rollover, so we wanted to use some of it before it disappeared.”

Now, though, spending a $125,000 budget on programming isn’t possible.

In a recent Program Board meeting, Ang encouraged Program Board members to look for ways to continue with some form of remote programming — members suggested In The Kitchen With activities that students could host online, Idea Lab arts and crafts and some kind of virtual SpringFest, with artists playing music online over Zoom or Instagram live video.

“I’m not saying to spend all of the budget, but think of ways… to spend what we have,” Ang told Program Board members. “We have a lot.”

“In an ideal world I would say put all of it in,” Nagdev said. “[But] that excludes the idea that they are doing things for the students right now and planning things, so I would say a realistic ideal world, I would hope that they can give us $60,000.”

Program Board settled on a donation amount on Friday — Ang said in an email to Modi that members budgeted $20,000 for programming for the rest of the semester and are donating $35,000 to the relief fund. The rest of their unused funds will go back to MCSG to distribute to student orgs next year.

“We… believe that the best way to benefit all students in the coming year is to maintain our balance to be distributed later to all the MCSG funds as rollover to help our student orgs more,” Ang wrote.

“We can offer more money to the relief fund as there is a need for it. We ask that you keep us updated on the application process of the relief bill and the amount of money that is being requested,” Ang added.

As of Friday, March 27, 20 students had already applied for a total of $22,000 in aid. Once Program Board’s recent contribution is officially added, MCSG’s donations to the emergency fund will come out to about $86,000.

MCSG will continue to accept donations from student orgs and will possibly donate more from its reserve fund or from Program Board. For now, members are hoping that students in need know that the emergency aid fund is an option.

Nagdev noted that students who have applied for funding from the emergency aid fund have all heard back from the financial aid office within 24 hours.

“I think financial aid is doing a great job,” Nagdev said. “They’re doing what they can.”

“I think it’s important for all members of the Macalester community to know that this fund is open and ready to take requests, and they can do that as soon as right now,” Modi said.