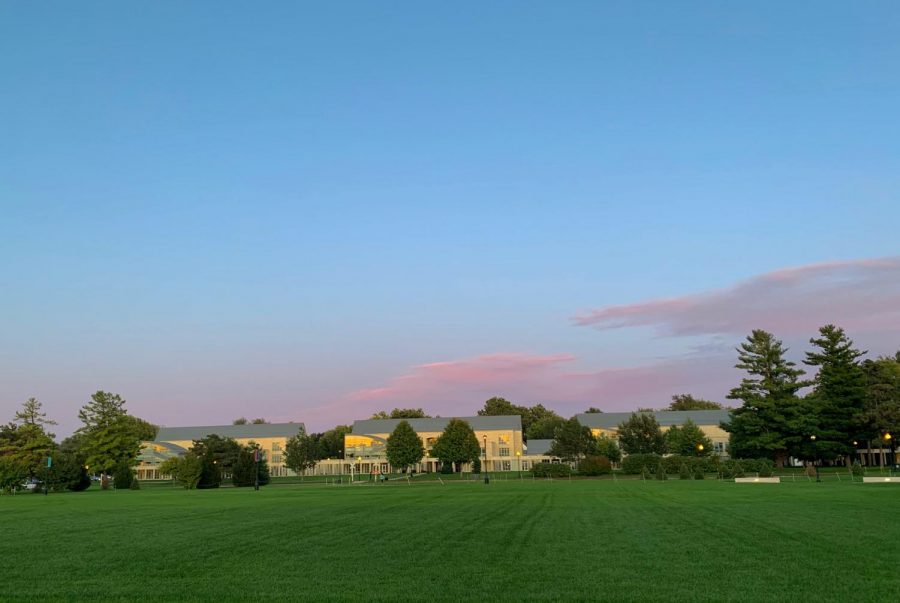 On Wednesday, March 11, President Brian Rosenberg sent the first of three campus-wide emails about the fate of the semester in the face of the COVID-19 health crisis, joining a fleet of college presidents updating their campuses almost daily with changes.

Several other schools announced decisions to close their campuses on the same day. The University of Minnesota moved their classes online through April 1 and St. Olaf College announced that it would extend its spring break an extra week to give faculty time to prepare for remote classes. Students, St. Olaf President David Anderson said, should plan to return to campus on Sunday, April 5 for the resumption of in-person classes on Monday, April 6.

The following day, Carleton College announced that it would conduct at least part of its spring trimester online, with the possibility that students could resume in-person classes on May 5.

St. Olaf did not. Anderson’s email on March 17, which began with the line, “The ground has shifted under us again,” advised all Oles to leave campus immediately and not return until at least April 17. Students had previously been permitted to stay on campus until March 20.

“The Governor is asking us to disperse and not to gather in numbers, and it’s our duty to do so as best we can,” Anderson wrote on Tuesday, March 17.  “You do not need to stay on campus to finish a class that has not moved online.”

Evelyn Wakeley, a St. Olaf junior from Wilmington, Delaware, found the process difficult to navigate. She originally planned to depart that weekend, but felt she had to leave sooner given Anderson’s recommendation. Even though Anderson’s email said that students could leave even though classes were still being held, missing school remained a source of stress.

“We were supposed to be in class that week, but then in the email [on Tuesday] they said flee, which threw everyone off,” Wakeley said. “Professors were still trying to get people in classes, and so I missed class, which is another added stressor.”

Carleton students faced a similar time crunch. The week of March 11, their President Steven Poskanzer announced that the college would be holding classes online until May 5. Students were in the midst of taking final exams to finish up their winter term.

“With the finals going on, it was so hard to focus on studying when all of this other stuff seems so much more urgent,” Carleton sophomore Leah Snidman said. “And some of the other professors made accommodations for students, but a lot of them didn’t. They were like, ‘This is just what is going on right now, just try to stay focused on classes.’”

For Snidman, the end of finals brought with it a marathon of leaving Northfield as quickly as possible.

It was not until Tuesday, March 25, that St. Olaf made the call to shift to remote learning for the rest of the semester. At the time of publication, Carleton was still sticking with its plan to return to in-person classes on May 5.

Grinnell College in Grinnell, Iowa had an especially tumultuous process of moving students out.

President Raynard Kington, who will depart Grinnell at the end of the semester to become President at Phillips Academy Andover, announced on March 10 that the college would shift to distance learning after spring break. He asked all students to depart by March 23, the second Monday of their two-week spring break, but to make plans to leave as soon as possible.

Students who needed additional financial support to travel home were encouraged to contact the Office of Student Affairs or the Director of Board Relations Meg Jones Bair for assistance. Bair told The Mac Weekly that she and 12 other staff, mostly from the Office of Development and Alumni Relations, worked with 100 students who needed help flying home.

“We had a framework approach,” Bair said. “If a student is currently receiving financial aid from the college, we were able to fund their trip to go home. If a student didn’t have any need, we purchased it for them anyway, with a reminder that [the cost] might… be filed back to the students’ accounts, but we aren’t sure.”

It’s not clear exactly how many flights the college purchased for students.

“We had the whole college helping students together and I haven’t yet had time to cull any data because we — all of us — remain in emergency response mode at our colleges across the nation,” Associate Vice President for Student Affairs Sarah Moschenross wrote in an email to The Mac Weekly.

Grinnell encouraged students to seek other avenues out of the college town. Bair helped several five students rent cars from Enterprise Rent-a-Car to drive home to California, Alabama and other destinations.

The process of moving hundreds of students off of Grinnell’s predominantly residential campus was difficult to manage.

At school breaks, the college typically offers shuttle services for students to train stations in the Chicago area and the Des Moines airport. On March 14, while students were moving out, President Kington and Moschenross sent an email to the entire student body and their parents, alerting them that many students had missed their scheduled shuttle to the airport that morning.

“It has come to our attention that FIFTY students missed their scheduled shuttle this morning, putting at risk their ability to get home safely and in a timely way,” the email read. “We also understand that there was heavy drinking and substance abuse last night and that both may have been factors in missing shuttles.”

Andrew Tucker of Wellesley, Mass. is a junior at Grinnell and a photo editor and reporter for The Scarlet and Black, Grinnell’s independent student newspaper. He said that a number of students said they missed their shuttles because they made the reservation so long ago or because they found rides home with family or friends earlier or later that week.

“I know that myself and a number of my friends received very alarmed phone calls from their parents, concerned that the entire campus has dropped everything and started drinking and being very irresponsible, which wasn’t true,” Tucker said. “Even if that may have happened with a small subset of people, the majority of it was not that.”

“From what I understand, there was no one giant party,” he later wrote in a message to The Mac Weekly. “There were a few house parties that happened but only 3 houses (I believe) had them. The other 1-2 houses cancelled their concerts/parties because they didn’t want large groups to gather.”

She forgot to cancel her shuttle reservation in the midst of packing the night before.

“[That email] was a little stressful,” Licht said. “I was also thinking, oh great, I’m probably part of that fifty, and they probably think I’m hungover or something, when actually I was just trying to be productive.”

The March 14 email came with another set of demands for students to follow, most centrally that students should now try to leave the campus by March 16 instead of March 23.

“The nation is in a public health emergency,” it read. “IF YOU CAN LEAVE, REGARDLESS OF CONVENIENCE, YOU SHOULD DO SO BY END OF DAY ON MONDAY, MARCH 16.”

In addition, the email indicated that Grinnell would become a “dry campus,” until further notice, meaning that no alcohol or controlled substances would be allowed on the grounds and that students could face conduct charges that would result in immediate suspension or expulsion if they violated the new rule.

Ailsa Schmidt of Roseville, Minn., another Grinnell sophomore, is a community advisor — similar to a resident assistant at Macalester. Schmidt wasn’t entirely surprised by the administration’s decision to make Grinnell a dry campus. She said that multiple ambulances rushed to campus that week because of alcohol use.

“But, regardless of the validity of the decision, the administration’s tone in that email was reactionary, unnecessarily scapegoated students who chose to consume alcohol or other drugs, and was out of line with Grinnell’s harm-reductive efforts and the relationship I’d hope our self-governing student body and administrators strive for,” she continued.

Tucker said that amidst all of the chaos at Grinnell, he was most impressed with the faculty’s response. Some faculty made their midterms optional, while others postponed them and a handful cancelled them entirely.

“If they didn’t cancel midterms, professors were very mindful of the fact that students’ minds were elsewhere,” Tucker said. “They balanced handling their in-person classes and how we could best use their time in class with the mental health needs of students — which is what we all needed in such an uncertain time.”

The tides continue to shift each day — yesterday, Walz announced that Minnesota would become the latest state to implement a “stay-at-home” order which will go into effect on Friday at midnight. Bars and restaurants will be closed until May 1 and all K-12 students will learn at home until May 4. Grocery stores, doctors’ offices, gas stations, and other essential services will remain open.

After the announcement, Macalester sent its fourth campus-wide email last night, letting students know the parameters of the new “stay-at-home” order, including a few words of encouragement.

“For students, no matter your location, remember you are not alone,” the email read. “The Division of Student Affairs is working to re-imagine a number of campus events and traditions, and campus resources and offices remain available via remote connections including email, Zoom, or telephone.”