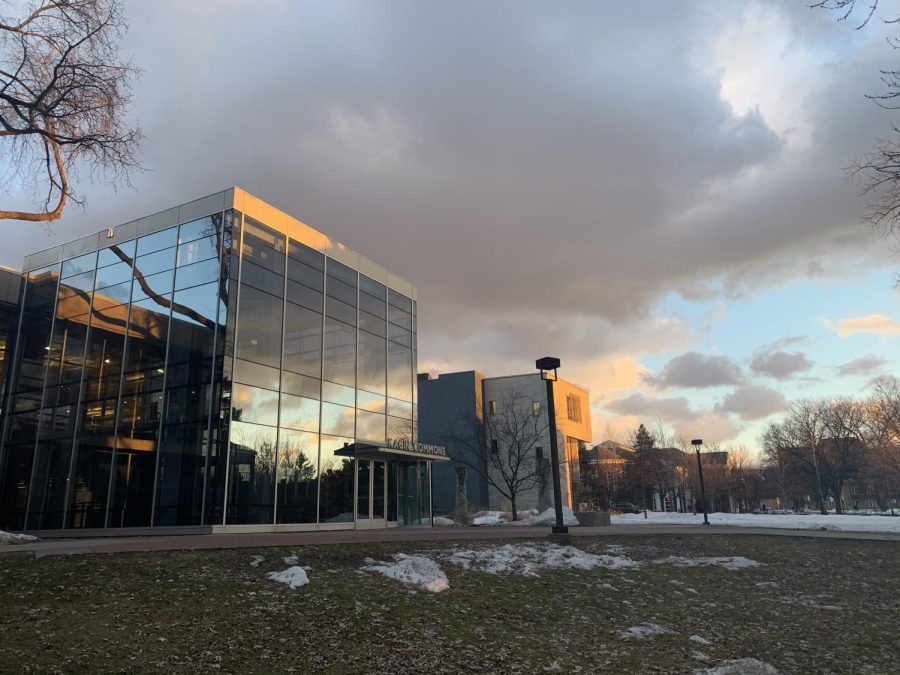 Macalester students, staff, faculty and alumni are circulating a letter outlining a series of demands as the campus shuts down in the wake of the COVID-19 pandemic.

The letter, initially drafted by political science professor Althea Sircar, is addressed to President Brian Rosenberg and Provost Karine Moe. It contains 15 asks of the college, the majority of which are related to student relocation costs, healthcare coverage and potentially lost wages.

“The proposals below are, we believe, essential for securing the wellbeing — physical, mental, and intellectual — of our students, co-workers, and community,” the letter’s introduction reads. “Proceeding with coursework will not be possible for many students if their urgent material needs are not met first.”

The letter comes in response to developments in Macalester’s response to the global health crisis, which saw  Minnesota declare a state of emergency this week.

After initially canceling a week of classes following spring break, Macalester made the decision on Monday afternoon to move the rest of the semester to remote learning, cancel commencement and effectively close most campus buildings.

All students living in campus housing are required to vacate their residences by March 30. Students can petition to stay in their housing past that date, but there is no guarantee that any petition will be granted.

Macalester’s decision, which is in line with a number of other colleges and universities in Minnesota and across the country, has a number of wide-ranging consequences for students and workers who rely on the financial and structural support of the college.

The letter was circulated privately and on social media channels beginning Tuesday night and has been shared widely throughout the day Wednesday. It will likely be sent to Rosenberg and Moe on Thursday, at which point The Mac Weekly will publish the letter in full.

The letter draws inspiration from Emory University in Atlanta, Georgia, which has announced that it will pay its undergraduate students with the highest level of financial need a one-off stipend of $1,000 within the next week.

Emory has also said that it will refund room and board costs for affected students and that student employees, work study and otherwise, will be compensated according to what they could have reasonably expected to earn during the remainder of the semester.

Macalester has also announced that students who do not remain on campus will be refunded for room and board costs spanning the period from March 30 through the end of the semester. It has said that it expects to share its policy regarding student employment next week.

The letter is an attempt to push Macalester’s policy in a student and worker-friendly direction. It has already garnered more than 500 signatures, the majority from current students and professors.

In addition to $1,000 payments to high financial need students mirroring Emory’s policy, the letter asks that Macalester “cover all reasonable costs” for students relocating and that it reimburse students’ transit home in full, whether they are traveling domestically or internationally.

Macalester has written on its website that it will not be subsidizing airline tickets for study away students returning to their homes, particularly because a number of leading airlines are currently “waiving change fees.” It is not currently subsidizing travel home for on-campus students either.

Healthcare related to COVID-19 is another area in which the letter asks Macalester to go further than it has already committed to going.

While the college has already announced that COVID-19 testing will be covered for anyone with Macalester health insurance, the letter asks that the college work to cover all students “regardless of location/access to in-network providers” for COVID-19 related care as well as services typically provided at the now-closed Laurie Hamre Center for Health & Wellness.

The letter also asks that Macalester provide full salary replacement for student employees and that the college works to ensure that all subcontracted, part-time and hourly employees and faculty are compensated for lost wages and granted access to healthcare.

The letter does not include any demands regarding academic procedures at the college, nor a date by which its signatories request that Macalester respond to its demands.

Moe, in a message on Monday afternoon, announced that the college’s Education, Policy, and Governance committee (EPAG) voted to extend the grading option and withdrawal deadlines to the end of the semester.

The change will allow students to designate “some or all” of their classes as S/SD/NC, including those counting towards a major. The college is collecting information on how many students will need technological support to learn remotely in the coming months.

Sircar, a political theorist who is in her fourth year at Macalester, also wrote a widely-shared open letter condemning racist and antisemitic graffiti on campus in 2017.

Students, faculty and staff in other colleges and university systems across the country have been organizing similarly around economic justice issues as institutions of higher education have ground to a halt this week and last.

The letter recognizes the amount of work that the college has already put into its COVID-19 response, and frames its asks as an “opportunity for our community to model love, care for one another, and with our heartfelt faith that doing the right thing is its own reward.”

“We firmly believe the response [to COVID-19] must be robust, generous, and comprehensive if we are to proceed with the semester and conclude the academic year,” it reads. “We appreciate, see, and thank you for all the work you have already done and are doing to support our community in these unprecedented times.”