Marlon James to speak at class of 2020 commencement 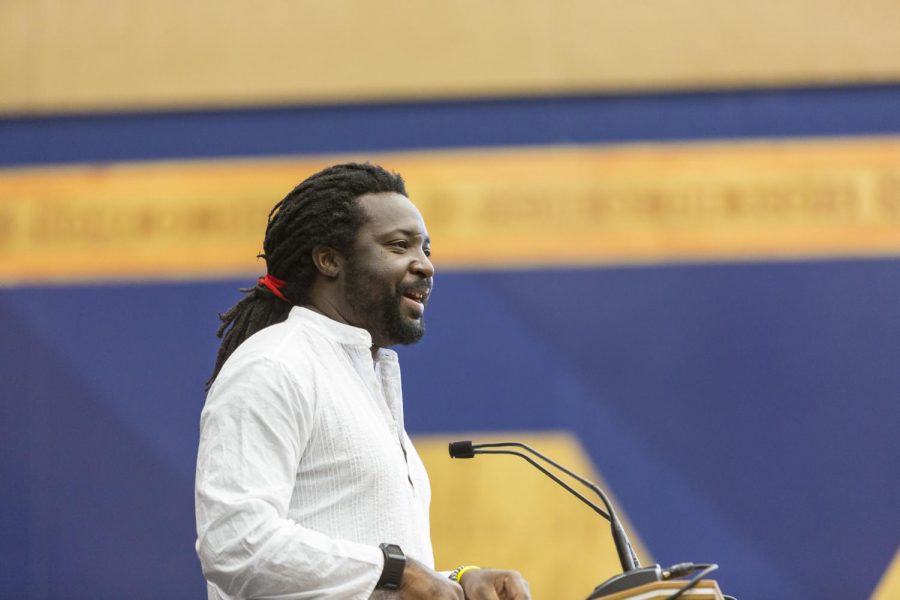 Writer in Residence and English professor Marlon James will deliver the commencement address for the Class of 2020 on May 16.

James delivered the keynote speech at convocation in 2016 when the now-graduating class of 2020 were incoming first years.

“I think the opportunity for this year’s seniors to come full circle, and hear from Marlon again as they leave Macalester, is a wonderful one,” Macalester President Brian Rosenberg said. “He is also someone who means a great deal to me, and so I’m very pleased to share my final commencement with him.”

This will be Rosenberg’s 16th and final commencement ceremony at Macalester before he leaves the college in June.

James has won numerous awards for his writing, including the 2015 Man Booker Prize for his novel “A Brief History of Seven Killings.”

Before that, his “The Book of Night Women,” won the 2010 Dayton Literary Peace Prize.

In February 2019, James released his latest book “Black Leopard, Red Wolf” — which he has described as an “African Game of Thrones” — to widespread critical acclaim.

James was born in Jamaica in 1970 and studied Language and Literature at the University of the West Indies. In 2006, he earned a Master’s Degree in creative writing from Wilkes University.

James has taught creative writing at Macalester since 2007, but is on leave for the 2019–2020 academic year.