Macalester students from China unite to help Wuhan amid coronavirus 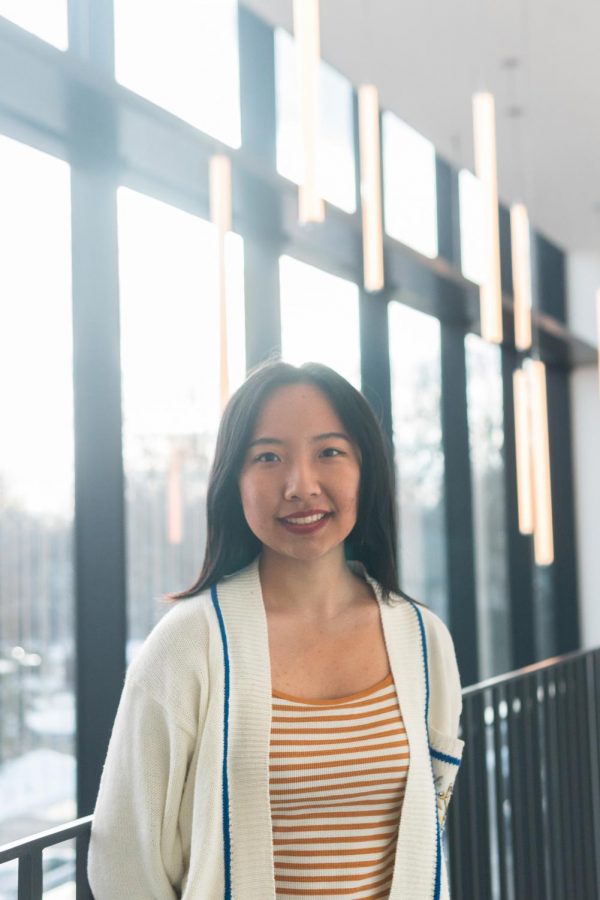 This winter, Xilin Nui ’22 has been calling his parents every day. Nui is from the Qiaokou District of Wuhan, China, the city now infamous because it was the where the first cases of the coronavirus occurred and still rages. As of this week, the epidemic has a death toll of over 2,700 in mainland China.

Nui’s parents are doctors at Tongji Hospital, Wuhan’s largest hospital, where they are on the frontlines of the fight against the virus. Many of his parents’ co-workers have already been infected on the job.

“I don’t want them to go to work for sure, even though they are super needed right now,” Nui said. “Who knows who’s going to be next?”

Jennifer Yang ’22 is also from Wuhan. She grew up in the Wuchang District where her family and friends still live. Her mother works in community service where she helps fight the outbreak by regularly checking the vitals of Wuhan residents to ensure that they show no signs of infection. The rest of Yang’s family have to stay indoors under the city’s government enforced lockdown.

“It’s very horrible,” Yang said. “No one has experienced this. I really don’t know how to comfort them. They say, ‘Oh, you are in the U.S., you are leaving us behind.’”

Attending school in the U.S. while their family and friends face the coronavirus back home can be a harrowing experience for students from Wuhan.

“Every day you wake up and you see the news,” Nui said. “Most of them are bad news.”

Yang said she struggles to focus on school.

“Sometimes I question myself, ‘Why do I have to take classes?’” Yang said. “After I learn so many things, there is nothing I can do when my family is in crisis. I’m just helpless.”

Yang remembers Wuhan as a bustling city, often a little more humid and crowded than she wished. Since the coronavirus, however, the city has changed.

“The streets right now are deathly empty,” Yang said. “There are just ambulances everyday. I miss the day that [the streets] were crowded.”

Soon after the outbreak, Yang started hearing urgent messages from her friends and family that they were running out of medical supplies.

Struggling to respond to the overwhelming outbreak, Wuhan has been experiencing severe shortages of medical supplies. The supplies, such as protective goggles, gloves and face masks are needed to protect doctors, as well as civilians, from infection.

Yang reached out to Macalester’s Chinese Cultural Club (CCC), of which she is a member, wondering if they could do anything to help.

Together with three other members of the CCC, Yang organized a fundraising project to raise money, buy medical supplies and send them to hospitals in Wuhan. The group of students set up a donation page where community members could contribute funds and began contacting manufacturers in the U.S. as well as the hospitals in Wuhan to ensure that they would receive the supplies.

Sam Ding ’22 from Beijing, China is a board member of the CCC. He has been organizing the publicity and logistics side of the project, creating posters to hang around campus and coordinating the process of getting supplies through both the U.S. and Chinese customs.

“I jumped right in and started doing stuff,” Ding said. “I think everybody felt — I don’t know if this is the right word — but entitled to do this kind of stuff because we just wanted to do something for China.”

Despite the significant paperwork and processing hurdles involved in sending the supplies to Wuhan, Ding has been able to use connections from home to help prepare the shipments to pass through customs.

Other parts of the project however, are proving more challenging. All medical supplies must be up to certain standards in order to be accepted by the hospitals in Wuhan. Identifying manufacturers in the U.S. who produce the protective gear along these standards is difficult and tedious work.

Yang has found that the manufacturing companies are facing shortages of their own. Wuhan’s deficit has extended outside China to many other parts of the world, including the U.S. As cases of the epidemic occur in other countries, demand for protective gear, especially face masks has started to exceed the supply, raising prices and causing global shortages.

“It feels like today we may have some contact and we may have something, but the next day, they are just gone,” Yang said about communicating with the manufacturing companies. “It’s frustrating — everyday is like that.”

Yet, Yang and the CCC’s work has been an opportunity for Macalester, as well as the local school network, to join forces. Chinese community members at Macalester, such as professors and other students, have been strong advocates for the project and have contributed significantly to the fund.

Other schools like Carleton and St. Olaf connected with Yang and the CCC so that their students could access the donation site and pitch in as well.

“Everybody wants to give a helping hand,” Ding said. “I think we definitely feel more entitled or more obligated to do this kind of stuff when [we] feel that we are recognized.”

Nui found the Macalester community to be supportive as the outbreak occurs at home. The response to the fundraising project was equally reassuring.

“The whole Macalester environment is pretty friendly,” Nui said. “They truly understand that this is something that they can help. They have empathy with it.”

With the help of friends and supportive professors here, Nui has been able to handle the anxiety of being so far from his family at this time.

“In the first two weeks I was like, ‘Shoot, I should stop this semester and get back,” Nui remembered. “I don’t want to see anything bad happen. I’m better right now.”

Looking ahead, Nui said that he can only hope that the virus outbreak will be quickly addressed and eradicated.

“My biggest wish right now is to get back in and stand with my parents and go through all of this, but it’s definitely not an option right now,” Nui said. “I just want to pray for my parents every single day and then hope this [passes] pretty soon.”

Yang has found that the responses from the CCC and Macalester at large have shown remarkable solidarity and encouraged her to work hard to send supplies back to Wuhan.

“They say that it’s not only a health issue, but a community issue. It is related to everyone,” Yang said of the supportive messages she has received from the community.

Last week, Yang and the her supporters from the CCC sent their first shipment of 230 units of protective clothing. They are still accepting donations to purchase protective goggles, gloves, clothing and masks from U.S. manufacturers to send to hospitals in Wuhan. As the students work to ensure the project runs smoothly, they are motivated to offer some real aid to the city and to its inhabitants.

“This time it happened to Wuhan, but next time, we don’t know. It can happen anywhere globally,” Yang said. “We can’t just sit here and see people suffering.”