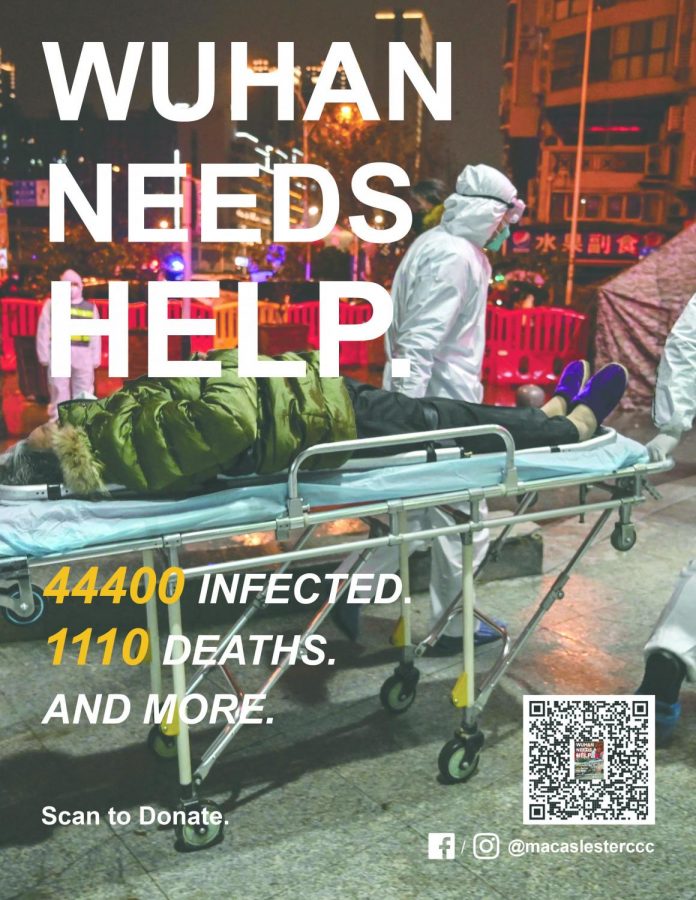 Medical staff members wearing protective clothing to help stop the spread of a deadly virus that began in the city, arrive with a patient at the Wuhan Red Cross Hospital in Wuhan on January 25,2020. (Photo by Hector Retamal/ AFP)

As you may already know, the outbreak of a new coronavirus which started in Wuhan, China, has affected the country and many areas beyond. So far, there have been over 800 deaths and over 37,000 infections reported. The real situation is likely to be much worse, as experts estimated that by Feb. 4, up to 100,000 individuals in Wuhan may have been infected.

In order to stop the outbreak from getting worse, China has already shut down transportation and locked down over 20 cities. Millions of citizens decided to stay indoors, despite their fierce urge to go back to their hometown and celebrate the Chinese New Year with their family. Although both the government and the people made sacrifices, the coronavirus has affected many countries, including Japan, Thailand, Vietnam, the United States and many more countries across Europe.

As a city with over 11 million people, Wuhan is in urgent need of medical resources such as respirator masks and protective suits. Currently, respiratory masks are out of stock everywhere in Wuhan and in some other Chinese cities. These medical resources are not only important to protect the people living there, but also vital for the doctors, nurses and  health-care providers in Wuhan, who are fighting to save lives from the hands of death, despite how doing so exposes them to the danger of infection.

Even worse, the virus is not only causing physical illness but also inducing xenophobia and the rise of racism towards Asian people. Hate speech and inappropriate jokes went viral on social media. Even worse, verbal and physical harassment happened in multiple places all over the world. One of the most extreme cases took place in Leicester, U.K., where two students — mistaken as Chinese — were pelted with eggs on the street in Market Harborough. It is the Chinese Culture Club’s opinion that the problem of coronavirus is no longer a health issue, but a community issue that can be hurtful for the Asian population.

We decided not to watch in silence.

Thanks to the support of the Macalester administration and members of the faculty and alumni communities, we are now raising a fund for buying KN95 respiratory masks as well as protective suits through Cintas, which will be immediately delivered back to Wuhan with the help of the Alliance of Minnesota Chinese Organizations (AMCO). To ensure that those masks will be delivered to local hospitals, Jennifer Yang ‘22 who is from Wuhan, contacted her family and reliable community members that could receive the masks.

The virus is life-threatening and horrifying, but it is not undefeatable. In China, 3,281 people have walked out of the hospital, fully cured. In comparison, Xenophobia and racism are more potent than viruse­s — the agony they cause bothers the victims’ minds for an extended time. We call on the Mac community to help try to eliminate any form of racism towards the Asian community.

We ask for your helping hand, as even the tiniest little bit of your help matters.

Please spread the word! We need your help. Fight the virus for humanity!