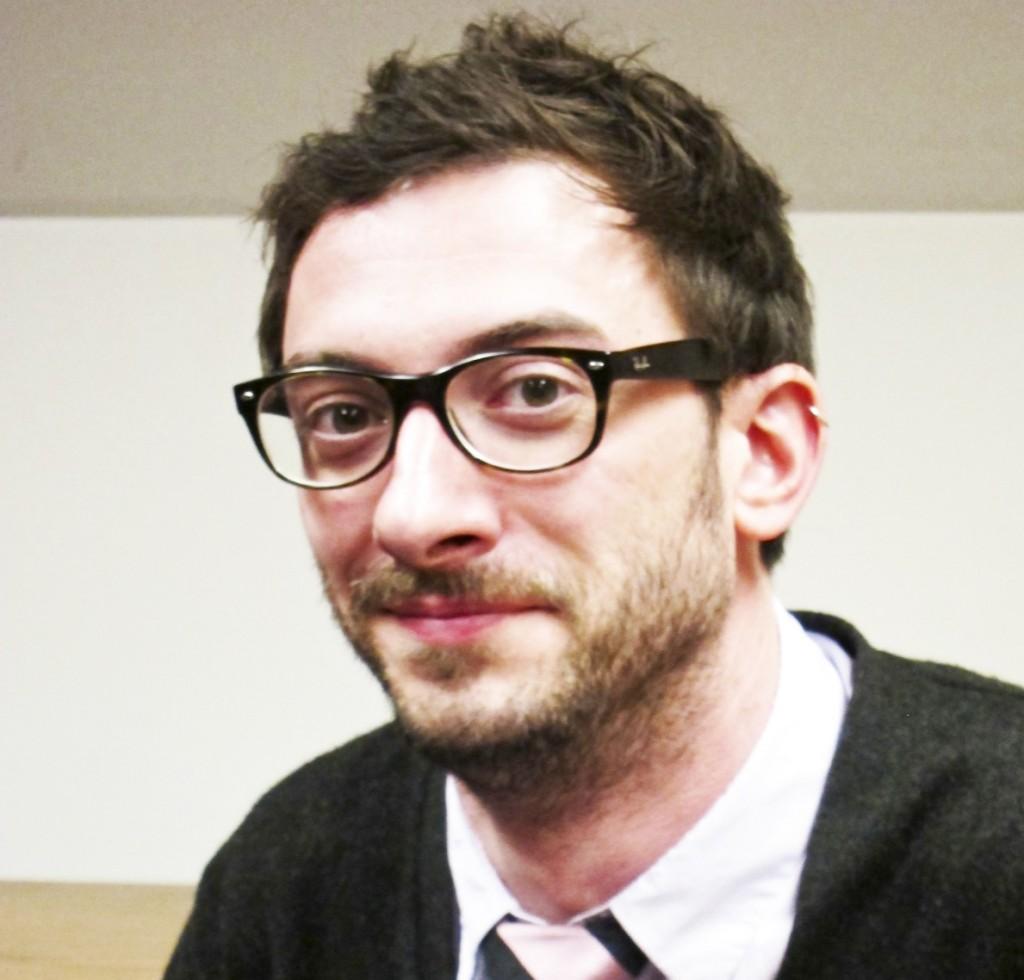 Tell me a bit about your background. Where did you go to undergrad?

I’m from Wisconsin originally and ended up doing my undergraduate degree at the University of Wisconsin after considering going to some small liberal arts schools. It’s somewhat ironic that I ended up teaching at a liberal arts school, even though I think that a big state school was right for me at that time.

Any specific reason why?

It offered me many opportunities to work with professors and do individual research projects that I’m sure I might have had an opportunity to do at smaller schools, but it introduced me to a broader research realm that I found myself working closely with for the last decade or so, and for that opportunity I am very grateful.

Did you go into college knowing that you wanted to major in history?

No, initially when I started out I thought I was going to go to law school because I really liked to argue, mostly with my father. In talking to colleagues and older siblings of friends who’d gone to law school, I decided it was not something I wanted to pursue. It seemed like a lot of late nights and many hours, so instead I went into academia… That didn’t quite pan out right, either (laughs), but it’s been a blast thus far.

Where did you go to grad school?

I ended up going to grad school at the University of Minnesota. Initially, I had intended on going to graduate school at the University of Bonn in Germany where I started a degree. I found myself in a catch-22 where as I was not a citizen of the EU and not a citizen of Germany, so although it was much cheaper to attend for a graduate program, I [didn’t have the] financial resources or aid to continue my studies. I returned to the US where I was going to be paid to go [to school]. Of multiple possibilities, Minnesota and the Midwest seemed like the most attractive place to be, especially because of the faculty I got to work with.

When did you study at Bonn?

I was initially at Bonn for the junior year study abroad program, for which I had a DAD grant, which was great. That was 2002, 2003? Then I went back to the University of Wisconsin and finished up my degree. I returned to the University of Bonn for another year with the intention of staying, and then finally came to Minnesota.

As an undergraduate I majored in History and European Studies. Germany’s always been of great interest for me, I think in part for familial reasons. Many of my great-great-grandparents came over from Germany. My grandfather grew up speaking kind of a weird, American, bastardized version of Bavarian… My mother had studied abroad in Germany, and my family hosted numerous German exchange students while my sister and I were in high school. I just became very interested, and I was able to follow up by taking a bunch of German History courses at the University of Wisconsin. Once there, it became apparent that that was really what I wanted to focus on in my studies.

Was there a specific theme you knew you wanted to focus on in grad school?

My dissertation is on comparative fascist colonialisms and the way in which using Africa and the imperial visions of Africa by both the Nazis and the Italian fascist regime allows us to see greater similarities between these two regimes, especially concerning race and nation, that otherwise we have seen as different or divided. It’s an interwar project, so it’s in 1922 for the Italian case when Mussolini comes to power and 1933 for the German case. Their imperial dreams both end in 1943 when the second World War starts to go sour, shall we say, for the Axis powers. I’m finishing [my dissertation] now… The question is when I’m defending my dissertation, but there’s not really time to discuss that.

Is it difficult to balance that and the courses you teach at Mac?

Yes and no. My courses this semester actually dovetail a lot with my own research. It’s been very instructive to see how my students grapple with these changing notions of race and nation in our courses. It’s helped me to consider how these notions have developed within the time period I study.

What are the courses you’re teaching this semester?

I’m teaching a course on comparative genocides called “Race, Nation, and Genocides in the Modern World.” The other course is “Introduction to European History: Europe Between the Wars”… The first course I taught at Macalester was last spring and it was “Kaiser to Kanzlerin: Creating German Unity from 1848 to the Present”.

Do you have a favorite?

Oh, I can’t pick a favorite, they’re all fantastic in their own ways.

How did you decide this semester’s topics for your courses?

They tell me roughly what I have to teach. For example, the “Europe: Between the Wars” course was supposed to be an introduction to European History and I could frame that however I wanted … It considers my own research, but yet puts it in a much broader field. And we get to talk about Weimar Germany, which is the greatest thing ever.

The course on genocide is less related to your individual studies. What inspired you to teach that topic?

Questions of race and nation are still in this course, but it’s an intriguing course for me to teach as well as for students at Macalester [to take]. Even as a historian—and I do approach it from a historical perspective—it’s truly an interdisciplinary field. It attracts students who have interests other than my own and I think it makes for very interesting conversations, not only about the past and how these ideas develop, but their importance and significance for the present and how we view ourselves in the world and how we view the role of human rights.

Do you have any ideas, plans, hopes for your future?

I won’t use this as a moment to gripe about the job market… but maybe I should… no, I shouldn’t (laughs). I’d very much like to come back to Macalester, it’s been a fantastic experience. I’m not sure what yet the future holds. Hopefully on the horizon there is a more permanent position for me anywhere in which I can settle down and design more courses that build upon one another so I can have a cohort of students. That way, I can react to their interests and build courses around [those interests] and find connections between the topics.

That sounds like it’s directed at a small liberal arts school. Is that where you’d prefer to be?

I would prefer to work at a small liberal arts school. I enjoy teaching and I enjoy my research, and sometimes I hate doing both at the same time, but I can’t imagine doing one without the other. Teaching is full of positive feedback in a way that’s inspiring. As I said before, students often redirect me to questions that I have long considered answered or haven’t even questioned myself. It helps me re-form my own interests and how I approach my own projects. For that I am very grateful. I can’t imagine doing just one over the other.

Have you taught at schools other than Macalester?

I taught at the University of Minnesota as a graduate student and as a PhD candidate, but they were smaller courses and have a similar feel to courses here. There’s a small group where we can have more interactive discussions rather than lecturing to 150 or 300 students. I was taught that way in Bonn, in Berlin, and in Wisconsin as well … and I prefer not to have to do it. I don’t find it as effective as being able to respond to the instructor, and to respond to my students as well as colleagues.

Are there any specific impressions you get of Mac students after two semesters teaching here?

I’m always impressed that students want to know more. I feel that the academic landscape has changed such in the last five or seven years in that there’s a growing impulse for students to want simple answers and facts, but I feel that the Macalester student body has not been affected by that to such a great extent. Students here are full of questions and want to know the “why” and “how” which are the same questions I’m interested in answering. [Macalester is] a fantastic school. If a “Macalester identity” is that students want to come to my office hours, I’m happy to address that request. That’s always welcome.

Do you have anything you’d like to say to the Macalester community as a whole?

Evidently, one of my colleagues [Ryan Murphy, featured in the February 15 issue of The Mac Weekly] wanted to remind Macalester students to have more fun and to realize that life is indeed short. I would second that but I’d also like to remind students that context matters. The students here are introduced to, and spend time talking about, several theories and broader conceptualizations which I think are fantastic and important. But as I told a colleague the other day: my students give me an excellent answer, but they don’t show the work, they can’t tell me why it is that way. So I’d remind students that context, especially in history courses, matters a great deal and knowing the answer isn’t necessarily as important as knowing how we got to that point.