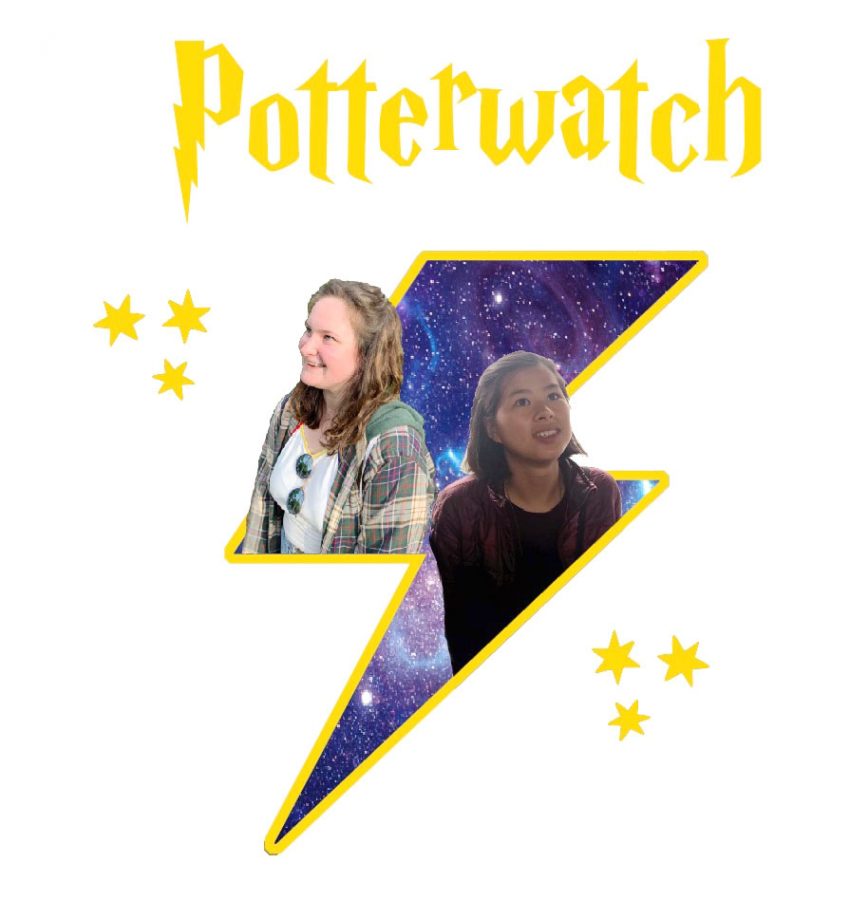 For friends and Potterheads Keaton Belbas ’20 and Emmy Curtis ’21, “Harry Potter” was more than just a childhood interest. To this day, they continue to analyze the books, critique the movies, speculate plot points and discuss character development of the “Harry Potter” universe. Their love for the famous fantasy series culminated in hosting “Potterwatch” on WMCN.

The Mac Weekly: Starting from the beginning, how did you two meet?

Keaton Belbas: We’re both on the Macalester Women’s Frisbee team.

TMW: So, how did “Harry Potter” come up?

KB: We’ve both read the books. Emmy actually had the idea for the radio show, so she emailed some people to ask if anyone was interested [in co-hosting] and I emailed back.

EC: We have a lot of theories about reasons different characters did things and the way events link up in the stories. We would talk about that on our own, so we decided to put it on air and do a show.

KB: Each show, we talk for the first half [about] our least favorite characters in each Hogwarts House, or how we each got into the “Harry Potter” series. And then we play a couple chapters [from the audiobooks] for the second half.

TMW: Where are you in the audiobook right now?

KB: I think we just finished the chapter ‘Xenophilius Lovegood’ [from “Harry Potter and the Deathly Hallows”].

KB: Well, we started with the seventh book.

TMW: Okay, so I have some nerdy “Harry Potter” questions myself, because I am a big Potterhead. Do you know what houses you are in?

KB: Yeah, we took the sorting hat quiz on-air on our first show. I’m a Hufflepuff.

EC: I also got Hufflepuff, but I think I’m a Slytherin.

TMW: Do you have any hot takes or theories you’ve talked about on-air that you’re really passionate about?

EC: I think we have a lot of good Malfoy theories.

KB: I think he was raised in a terrible situation and has the potential to be good.

EC: We also talked about how when Malfoy was originally trying to be Harry’s friend, it could be because he thought he was going to be the next Dark Lord.

TMW: Do you each have a favorite “Harry Potter” character?

KB: When I was a kid, I really liked Luna, but now I feel like it’s just too hard to choose.

TMW: If you could bring any Hogwarts class to Macalester, which would you take?

EC: I think I would take Charms. I think that would be very useful.

KB: I always say Charms, too. Potions would be cool, too, mostly because I think it’s the hardest class in Hogwarts. Reading about it made me wonder why it was so hard, because you literally just follow the instructions.

TMW: If you could meet any of the characters in real life, who would you want to meet?

EC: I think I’d want to be friends with Ron. He’s super loyal and funny. Sometimes he’s kind of petty, but at the end of the day, he’s a good friend.

KB: I would really like to be friends with Fred and George. They’d be so fun to have around.

TMW: Do you plan what you’re going to talk about in each show ahead of time, or do you wing it?

EC: It’s a combination. We have notes on our phone with talking points, but we let it go from there.

KB: Some weeks are more structured than others. Emmy has watched a lot of YouTube videos about people talking about “Harry Potter”, which prompts a lot of our topics.

TMW: There’s a lot of controversy around J.K. Rowling at the moment considering some of the people that she’s supporting, as well as her writing “The Cursed Child”, which some people didn’t want. Do you deal with those topics as well?

KB: We’ve definitely mentioned them once or twice, but it’s not something we’ve discussed in depth. Neither of us are very familiar with “The Cursed Child” or the other controversies.

To tune into “Potterwatch” this semester, check the wmcn.fm website for schedule.