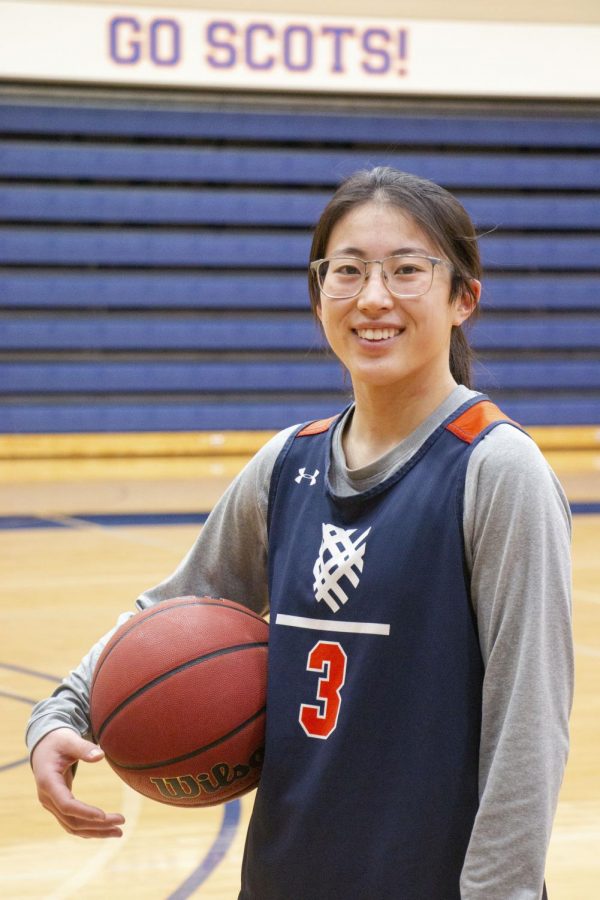 In light of the coronavirus originating in Wuhan, China, the Center for Study Away (CSA) cancelled all study away trips to China for the spring semester.

The coronavirus — a respiratory illness similar to Severe Acute Respiratory Syndrome (SARS) — was first detected in December. Since then, it has infected more than 24,000 people in 28 countries and claimed nearly 500 lives.

“This has been a constantly evolving situation,” Director of the CSA Kevin Morrison said. “The factor that really solidified the decision was when both the United States State Department and the Centers for Disease Control raised their travel advisory level from a level two — which is ‘exercise increased caution’ — to a level three, which is ‘reconsider travel.’”

The State Department has since raised its travel advisory for China to a level four, while the World Health Organization (WHO) declared the coronavirus outbreak a Public Health Emergency of International Concern.

“We don’t take the decision to cancel students’ plans lightly,” Morrison said. “When we know that there’s a credible, identified threat to [students’] safety, particularly on a scale like this… we go to sources like the Centers for Disease Control [and] the World Health Organization to really get as much accurate information as we possibly can before making a decision.”

Katie Sowerby ’21 is a Chinese and neuroscience major who had planned to spend her spring semester in Nanjing, China. But with the outbreak of the virus, those plans were cancelled.

Although disappointing, the cancellation of her study away program means that Sowerby can continue playing on the women’s basketball team.

“I will be able to finish up my season and then be here for postseason, which is something that I was actually kind of nervous about, going abroad and having access to facilities,” Sowerby said. “The Nanjing program would have started in mid-February, [so] I’d only miss three or so games in my season.”

Ultimately, Sowerby appreciated the support that the Center for Study Away and Chinese department offered during a challenging time.

“Kevin [Morrison] reached out to me right away, and then he offered to meet in person which I really appreciated,” Sowerby said. “When we met in person… I felt like he did a good job of presenting me with my options again, walking me through them and explaining how it would look moving forward — not just this semester, but beyond.”

The Chinese department, which requires majors to study away in mainland China or Taiwan, made accommodations on a case-by-case basis to alleviate the pressure facing students like Sowerby.

Department chair and faculty liaison for Chinese study away Xin Yang is committed to ensuring that students are still able to complete the major on time.

“In this case, we have to make accommodations for students who cannot go to China to fulfill their Chinese majors,” Yang said. “If they want to study away in the summer they can apply for that grant and then go… In these circumstances, that would be another option.”

Yang herself understands what it is like to have an experience abroad abruptly cancelled.

“When I was a student, there was SARS back in 2003,” Yang said. “At that time I got some grant from my university, to do some research in China… [But] all of a sudden, the SARS tragedy happened, so I did not go.”

Sophie Mark-Ng ’21, a Chinese and American studies double major, had planned on studying away in Shanghai, China, but was also unable to go. Instead of re-enrolling at Macalester, she plans on taking a leave of absence and studying abroad in Fall 2021.

“It obviously wasn’t in my plans to take an extra semester to graduate, but given the circumstances it was the best option for me,” Mark-Ng wrote in an email to The Mac Weekly. “Doing this will allow me to still have my senior year at Macalester and study abroad for my final semester so I have the credits to graduate.

“While I was given the option to return to Mac, I didn’t know that I wouldn’t be able to study away until a week into the semester,” Mark-Ng wrote. “With the semester already started, I felt like it would be too much for me to get everything together… I would need to find housing, register for classes, get a flight to MSP.”

This isn’t the first time Mark-Ng’s study away plans have been cancelled. She originally planned on studying in Hong Kong this spring, only for political developments there to alter her plans.

“Around October, Macalester told me that they might not allow travel to Hong Kong because of the protests that began there in June,” Mark-Ng wrote. “When the protests and violence began escalating in November, my program was cancelled and that is when I switched to the Shanghai program.”

Morrison praised the study away programs in China for their handling of the situation, stressing that the programs prioritized the well-being of students.

“We’ve seen the way that the programs have responded out of a sense of care and a desire to promote the health and safety of students,” Morrison said. “I would say that if anything, my confidence in the ability of programs to respond to an emergency situation has been strengthened.”

Mark-Ng, for one, hopes that having the semester off will allow her to do things she has since not otherwise had time to do.

“I hope to get an internship or job and hopefully have a chance to travel since that was something I was really looking forward to [about] going abroad,” Mark-Ng wrote. “I do think that this semester is a really good opportunity for me to reset and take a break from academia to focus on myself.”

Sowerby also acknowledged that if her program had not been cancelled, her education and quality of experience likely would have been greatly impacted .

“[Yang] said that even the students who are in China right now [have] no contact with professors or anything like that,” Sowerby said. “All the classes right now are to be taken online, which for me… would have defeated the purpose of going there for the sake of immersing myself in the culture.”

Sowerby hopes to travel to China in the future — possibly through a summer study away program.

“My mom and Professor Yang [have] all been telling me, ‘China’s still going to be there,’ and it’s just a matter of time of when I’m going to go.”