After threat to employee, Macalester increased security at 77 Mac 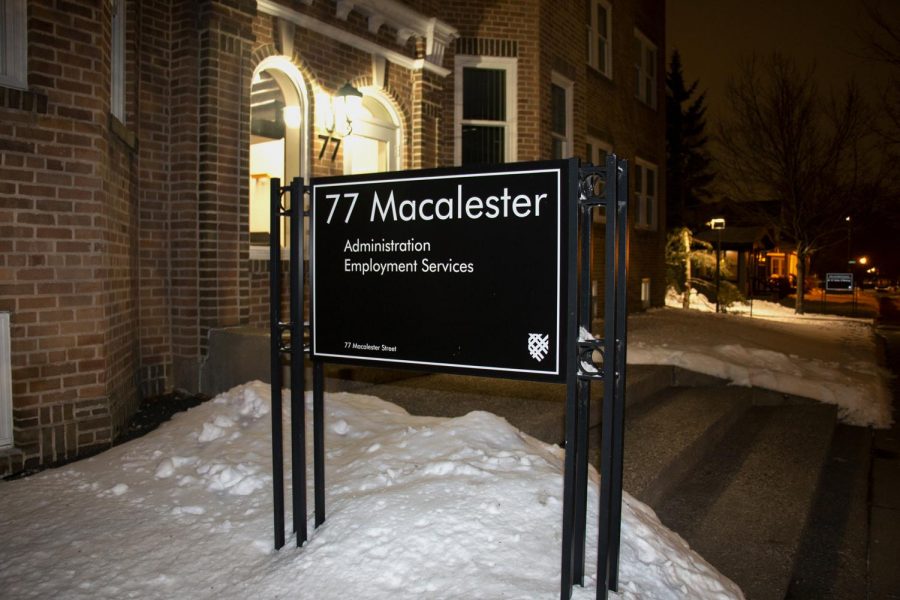 The exterior doors to 77 Macalester Street (77 Mac) were locked for three days last month, from December 18 to 20, following a threat made against a 77 Mac employee.

The decision to lock 77 Mac was one of a series of “proactive steps” taken by Macalester’s Public Safety Director James Kurtz to ensure the safety of those working within the building after the threat was made.

“We interviewed the employee, and based on the information that we received and the degree of the threat, we felt that we needed to take some proactive steps,” Kurtz said. “And so… we locked that building down for about three days.”

Unlike most buildings on campus, the front entrance to 77 Mac does not have card access capabilities. From Dec. 18-20 the front entrance was locked with a security guard posted outside, while all employees were directed to a back entrance where they could scan their identification cards.

Security briefed all employees working in the building on the situation, including information on the individual who made the threat. Senior administrators were also briefed.

Security made the safety of both the threatened employee and everyone else working in the building the top priority.

While Security provided information on the suspect who made the threat, it declined to identify the affected employee, or their office within 77 Mac, to any members of the campus community.

“We didn’t identify the employee,” Kurtz said. “We would never do that, not going to identify them — but we wanted to make sure they were aware of who the suspect was in the event they showed up.”

“It was more of a liasoning with [SPPD],” Kurtz said. “We just kept in contact and let them know what we were gonna do on our end, just to make sure that the employee was safe.”

Kurtz said that this threat against the 77 Mac employee was unrelated to a series of threats made against staff members at the DeWitt Wallace Library two months ago. The SPPD’s investigation into those threats is still ongoing.

According to Kurtz, plans to address threats are made on a case-by-case basis.

“We will always [use] caution and err on the side of safety, so we’ll take whatever steps we think are necessary,” Kurtz said. “We don’t want to scare anybody, we don’t want to create panic, but what we want to do is… make sure that everybody is safe.”