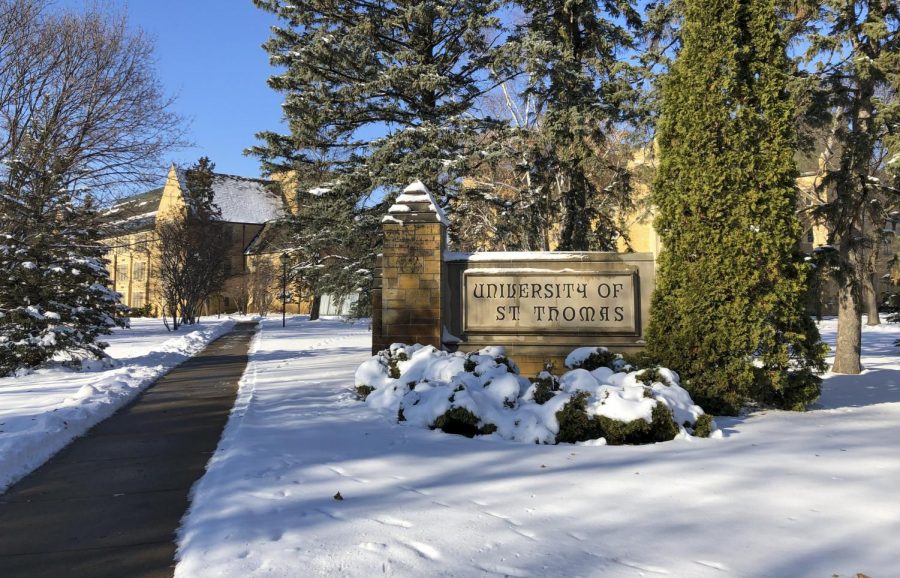 A founding member of the MIAC in 1920, St. Thomas is the only school to remain fully participatory in all sports for the entirety of the conference’s existence.

But while the decision to remove the school from the conference was drastic, it did not come out of the blue.

“I think it’s been something that’s been under discussion, before the announcement… for about a year,” President Brian Rosenberg said.

MIAC Commissioner Dan McKane did not specify exactly when that discussion began, though he wrote in an email to The Mac Weekly that “presidents are continuously engaging in conversations regarding membership.”

Once the news of St. Thomas’ removal broke, however, it quickly made headlines throughout the Twin Cities, in Minnesota and across the country.

“It reverberated nationally,” Macalester Athletic Director Donnie Brooks said. “I got emails from all over the country, both good and bad, from folks who thought Macalester was a part of it… it created an emotional reaction from St. Thomas graduates, but also with conferences and schools around the country.”

Because the announcement did not specify the conference’s rationale, a number of people were quick to speculate about possible causes, such as having too high a win percentage in conference competition.

Rosenberg specifically expressed concerns about a lack of correct information in reporting.

“A lot of the reporting has been inaccurate,” Rosenberg said. “But that’s reasonable when you can’t say anything. That’s the consequence of confidentiality — that people are going to make their own determinations about what they think happened.”

“I think the narrative became that ‘St. Thomas is so good, they’re too good for this conference,’” Brooks said.

Rosenberg also pointed to speculation that St. Thomas was kicked out unwillingly. “The whole narrative of St. Thomas being involuntarily removed from the MIAC is not accurate,” Rosenberg said.

Some speculation extended beyond athletics and instead focused on St. Thomas’ academic strength relative to other MIAC schools.

“There was reporting that other colleges were just jealous of St. Thomas’ academic success, which is kinda preposterous when you’ve got a conference that has Macalester, Carleton and St. Olaf in it,” Rosenberg said.

“The MIAC is an athletic conference. I see it really, purely, as a decision that had to do with athletics,” he continued.

McKane, however, said the process was based on more than just win percentage — and alluded to the fact that St. Thomas’ size and admissions acceptance rate differ significantly from many of their soon-to-be former MIAC rivals. St. Thomas’ undergraduate enrollment is more than twice that of any other school in the conference.

“In the end, our membership prioritized institutions of similar size and philosophies when determining membership,” McKane wrote.

Rosenberg said that the process and the public reaction revealed something about larger perceptions of division-based collegiate athletics. Those perceptions are important considering that, shortly after leaving the MIAC, St. Thomas received an invitation to join the Summit League, a Division I conference with members in the Midwest, in every sport except football and hockey.

“I think one of the biggest and most revealing strands in the whole narrative, and you see it come out again in the recent stories since St. Thomas has been invited to join D-I, is that somehow schools that don’t want to be D-I are lesser than schools that do,” Rosenberg said.

“The implication in a lot of these articles is that St. Thomas is having the last laugh because they’ve been invited to join Division I.”

But for Rosenberg, there are ample reasons to avoid moving to Division I.

St. Thomas, clearly, sees things differently. This fall, it began an appeal to the National Collegiate Athletic Association (NCAA) for a waiver to bypass a required stint in Division II before joining Division I. Under normal NCAA rules, an institution transitioning from Division III to Division I must complete a twelve-year transition period. That would include spending at least five years competing in Division II before being allowed to join Division I.

Largely because of the main distinction between Division I and Division III — that D-I schools can offer athletic scholarships while D-III schools cannot — the NCAA in 2011 banned schools from making the leap straight from D-III to D-I.

The Summit League reached out to St. Thomas following their departure from the MIAC, and has expressed its support for their waiver appeal. According to a Nov. 27 story in the New York Times, a decision on St. Thomas’ waiver could come as soon as January, though an April announcement is more likely.

If the university is granted a waiver this year, it will begin competing in the Summit League in the fall of 2021. If it is denied the waiver, they will continue to search for options in Division III and Division II.

St. Thomas’ application could prompt large-scale change in the NCAA. In large part because of their attempt, the NCAA Division-I Council decided in mid-October to study a pathway from Division-III straight to Division-I.

The MIAC, meanwhile, will move forward without one of its most visible members — and has no plan to pursue a new member in its place.

For the remainder of this year and the next, St. Thomas’ conference status remain unchanged. Come the spring of 2021, however, the school will be faced with its three options: remain in Division III, move up to Division II, or potentially jump all the way to Division I.

If they are allowed to pursue the third option, the MIAC’s decision to remove St. Thomas may have groundbreaking implications for the entire landscape of collegiate sports in the United States.