PIPE bakes bread and builds community at “In the Kitchen” event 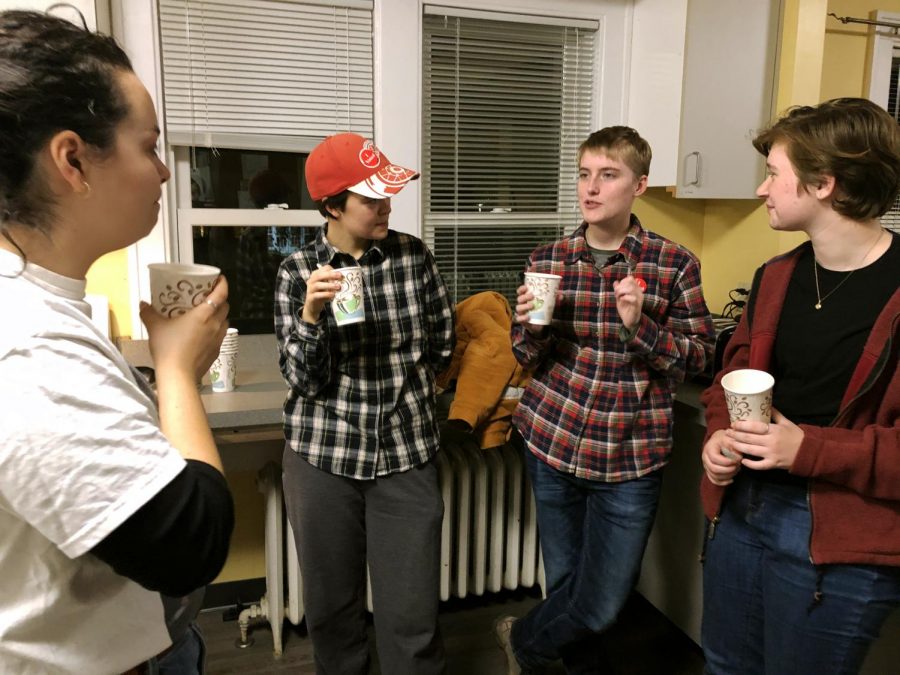 This past Wednesday, in the kitchen of the Cultural House, Proud Indigenous People for Education (PIPE) hosted an “In the Kitchen with…” as part of their programming for Native American Heritage Month.

“In the Kitchen with…” is a weekly event run by the Department of Multicultural Life (DML) and the Cultural House. It aims to bring students, staff and faculty together through meals to create and maintain meaningful relationships.

“In the Kitchen with…” is a starting point for creating a sense of community. Food is central to many cultures and provides a reason for people to come together in informal conversation.

“A lot of the traditional events I go to at home have feasts. You eat, you talk together, you laugh.” PIPE co-chair Zoe Allen ’22 said. “It’s a nice break from the flow of academic events or conversations [at Macalester].”

Rosie Chittick ’20, who came to the event, agreed.

“I like to go to events that are in kitchens with food. It lets you hang out and chat. [I like events] that are food-oriented because I feel like that’s how people are in their natural space.”

Allen also expressed hope that this event would raise awareness among the student body that PIPE is active and open to all.

“Our events this year have been a little more well-attended and we’re hoping to keep that up. This is us creating some visibility on campus so people know what we are.”

It’s working. Teddy Holt ’22 said he came to the event since he “wanted to do more stuff with PIPE [this year].” Other students and faculty at the event expressed interest in attending future PIPE events.

All cultural orgnaizations are invited by the DML to host “In the Kitchen with…” annually. PIPE has hosted a few times before. This year the group made bannock, wojapi, bison and swamp tea.

Bannock is a flat bread made by many indigenous communities, including the Métis and Ojibwe, usually prepared over an open fire. Along with fry bread, it became a staple during allotment and the creation of reservations because indigenous people were given flour and sugar, but weren’t allowed by the government to grow their own food.

“[Fry bread and bannock] are now staple foods in Indian Country. You go to a pow-wow you get fry bread, there’s always fry bread. I always try to tell people that they’re not traditional. This is not a traditional food,” Allen said. “It’s something that people had to make because they didn’t have anything else.”

Wojapi is an Ojibwe sauce made with local berries such as high bush cranberries or blueberries. It’s very sweet and has different undertones based on the berries used. At the event, Allen and PIPE co-chair Jennings Mergenthal ’21 used blueberries — which turned everyones’ teeth blue.

Allen made swamp tea using plants from the swamplands in northern Minnesota. Many people at the event mentioned that this tea had a specific taste they had trouble placing. Some suggested it was similar to green tea while others thought it was a mixture of jasmine and echinacea.

Attendees, both students and faculty, gathered around the counters eating, talking and laughing — creating a small community.

Community is a big goal for Allen. She hopes that PIPE can continue to make space for indigenous students and establish relationships with local indigenous communities in the future.

“Alumni too. We have so many Native American alumni that we want to bring back and be involved [with] because that’s really important too,” she continued. “It’s important to see that we exist.”