Students come together over classroom bias 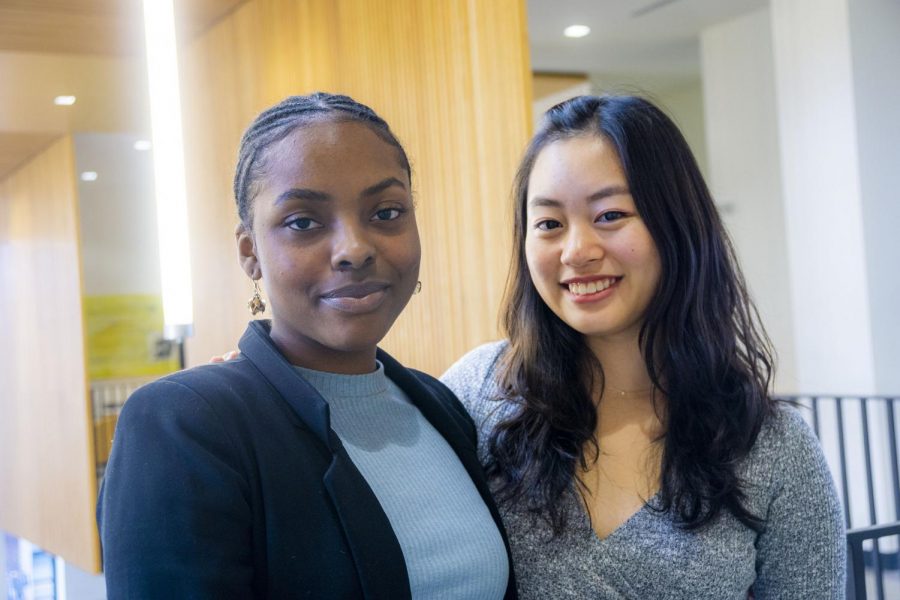 Students from across class years and majors gathered in the Weyerhaeuser Memorial Chapel over Breadsmith and hot chocolate on Thursday, Oct. 31 to converse about a shared experience: coping with discrimination in the classroom.

“My goal for this meeting is just to gather your input and just to feel how students are treated in the classroom,” Cha said.

Throughout the meeting, some students cited experiencing racist jokes, sexist comments and preferential treatment for students belonging to majority groups during their time at Macalester.

A few expressed feeling discouraged from pursuing particular majors because of certain professors with reputations for discrimination. One common theme was frustration with the fact that knowledge on campus about problematic professors is widespread, but action is rarely taken by the college.

Maluka became passionate about making Macalester classrooms more inclusive soon after arriving on campus, having been met with adverse perceptions about certain departments.

It became more personal for Maluka after one of her friends had a negative experience in a classroom with a professor. She knew she wanted to take a next step.

“I reached out to the student government because I felt like they may be the right people to reach out to,” Maluka said.

“I spoke to Blair and she really appreciated that this point was brought up and she could definitely relate it to something a lot of other students spoke about.”

“I’ve wanted to do this since my first year, just in my daily classes and what I’ve been experiencing and witnessing what happens to others in my major departments,” Cha said.

At the forum, many students expressed that they didn’t know how to lodge a complaint against a specific professor.

Cha said that because of the confusion, many students of color see her as a resource for addressing discrimination in the classroom.

“Even now, I feel like when people go through discrimination or bias or harassment, they come to me, and I’m glad that they trust me with their information, but the fact that students think that I am the main resource… is not right,” Cha said. “I think the school should [better] advertise the information for reporting [discrimination].”

Many students at the event knew that the most common route to raise a complaint was to go to a department chair, but they recognized the challenges that accompany talking to other faculty members.

“[Talking to department chairs about classroom concerns] backfires sometimes,” Cha continued. “They don’t do anything about it, and then you become the student who is blacklisted. What is up with that? Where does all of the confidentiality go? Where does the respect for students coming up go?”

Director of the Serie Center for Scholarship and Teaching (CST) Joan Ostrove agreed that the process for reporting faculty can be difficult to navigate — especially for younger students.

“A student or a group of students can go to the chair of the department if the chair is not the person in question,” Ostrove said. “Now I don’t know if a first-year student would necessarily know that’s an option. But sometimes the chair is the [person to go to] when [a student] has a concern about a professor.”

The official process for reporting student concerns in classrooms lies within the Provost’s Office, outlined in section 3.19 of the Student Handbook. The Handbook’s “Procedures” section outlines that students are expected to pursue an informal resolution before filing an official complaint within the office, residence hall or department involved in the complaint.

All investigations should be completed within 30 calendar days of the filing of the written complaint, but may be extended by the Provost for good cause. At the request of the complainant, the institutional officer may determine that the formal process can and should be expedited.

Issues of bias and harassment in academic settings, however, are usually directed to the Title IX Office. Interim Title IX Coordinator Dion Farganis did not respond to requests for comment.

In an attempt to make Macalester a more inclusive environment, Ostrove says that the CST is working on distributing resources for faculty to make their teaching more accommodating.

“I’ve given [faculty members] readings and resources about how to make [their] teaching more inclusive,” Ostrove said. “I’ve talked about why do you think x, y, or z might be problematic and let’s talk through how we can reconcile the students’ experiences and yours.”

Ostrove often collaborates with the Dean of the Institute for Global Citizenship Donna Maeda, who last year sponsored sessions for faculty related to equity and diversity in the classroom titled “Pedagogies and Practices.”

Through that initiative, four small groups met throughout the year to reflect on their teaching and consider ways to make it more inclusive.

According to Maeda’s office, one “Pedagogies and Practices” group is still meeting this semester. Maeda and Ostrove are currently working on coordinating a different faculty development opportunity focused on equity and inclusion.

Ostrove has also put together a set of inclusivity resources for faculty.

“I’m almost ready — in consultation with Dean Maeda — to launch web resources that would go on the Serie Center’s website and would also link to the IGC’s website,” Ostrove said. “It would be practices related to inclusive and equitable teaching for faculty.”

Cha and Maluka see potential in bringing students and faculty together who are serious about making classrooms more inclusive. They hope to sponsor an event where faculty and students can come together and talk about hostility in the classroom.

“For me I think it’s very, very important that this is dealt with positively,” Maluka said. “I don’t want any person, either students or staff, to feel like this is a group going against the other. I want it to be an open discussion.”

Cha would also like to address the concerns specifically with department chairs.

“I think I would just come into that meeting and lay out… some of the things that students are saying, and maybe come up with a couple of solutions that we brainstormed or even ask departmental chairs, ‘how do you assess your own departments, and how can you do better?” Cha said.

“I feel like in that setting, a lot of the departmental chairs that actually do care about inclusive classrooms would be able to peer pressure other departments that don’t put in as much effort.”